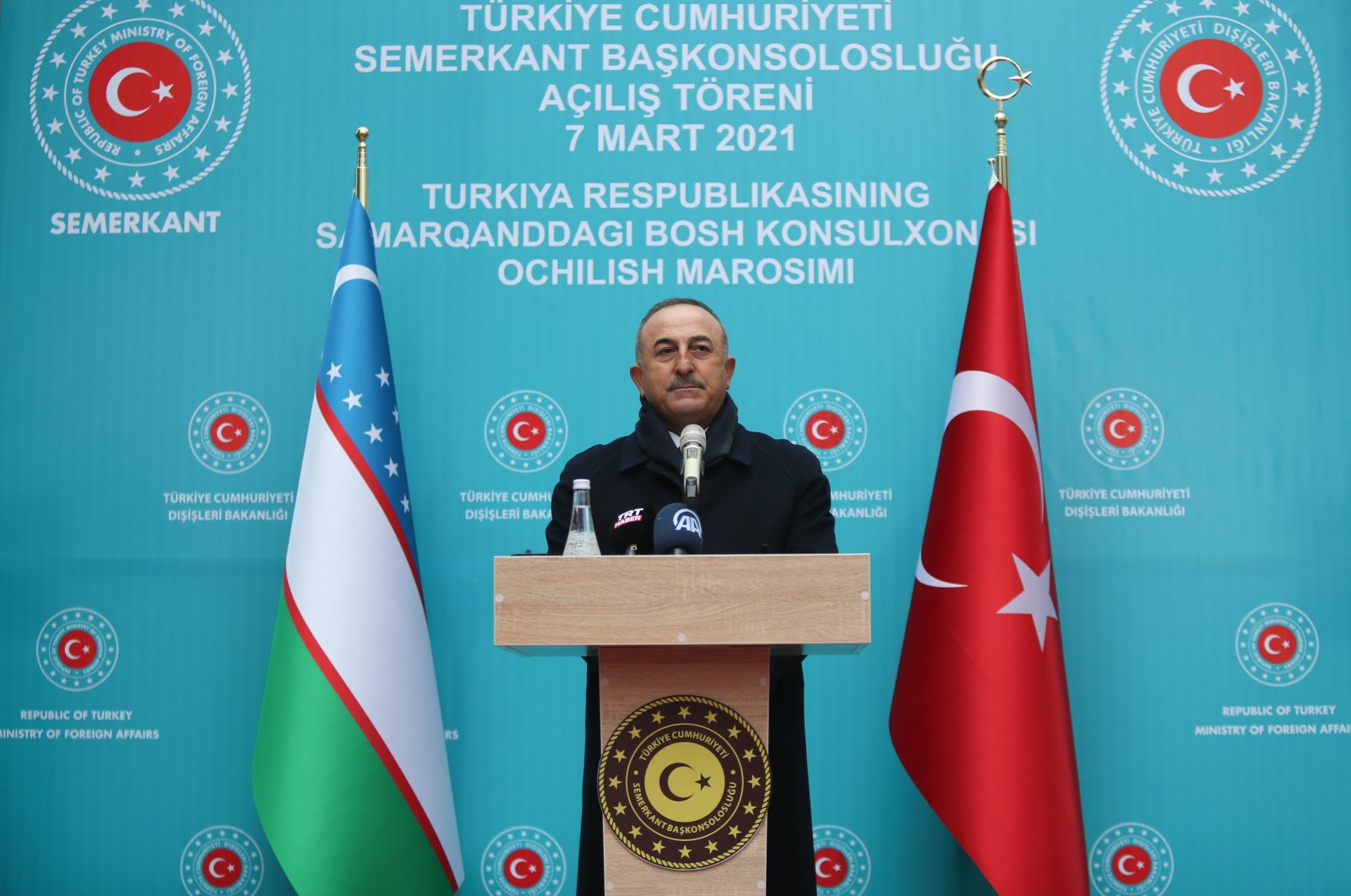 Foreign Minister Mevlüt Çavuşoğlu on Sunday attended the opening ceremony of Turkey's consulate general in Uzbekistan's city of Samarkand, describing it as the new symbol of permanent brotherhood between the two countries.

Noting that the plan for Turkey's consulate general in Samarkand was jointly announced by President Recep Tayyip Erdoğan and Uzbekistan's President Shavkat Mirziyoyev last year, Çavuşoğlu highlighted the importance of the opening of the diplomatic mission in the archaic city of Turkic civilizations.

Underlining that Samarkand was a central point on the historical Silk Road for archaic civilizations, Çavuşoğlu said that the city has been undergoing a period of reform under Mirziyoyev's government. He added that he was closely following the developments in Samarkand becoming a landmark city.

Turkey and Uzbekistan's Defense Ministers last year signed a military agreement and underlined their will to further cooperate in the fields of military, defense and security.