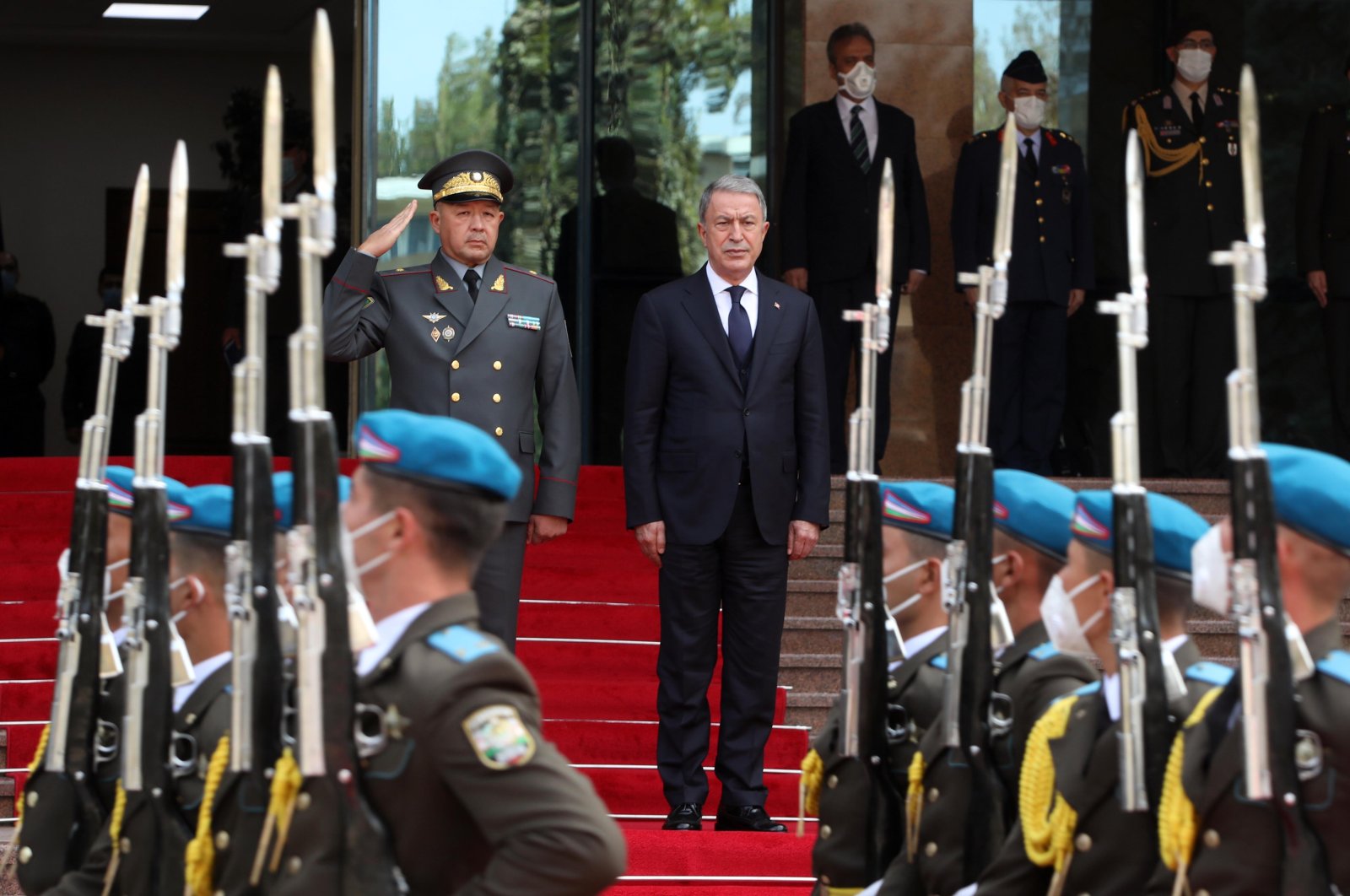 The defense ministers of Turkey and Uzbekistan on Tuesday signed a military agreement and underlined their will to further cooperate in the fields of military, defense and security.

Following visits to Pakistan and Kazakhstan in the past days, Defense Minister Hulusi Akar on Tuesday arrived at Uzbekistan and met with his counterpart Bakhodir Kurbanov in the capital Tashkent.

Underlying friendly ties with Uzbekistan, Akar stated that though slowdowns are witnessed from time to time, Turkey put a high emphasis on bilateral relations. He further stressed that both countries enjoyed a strategic partnership based on strong brotherly ties.

“We make efforts to enhance relations in every field. This includes trade, economic, social, political and, of course, military relations. We have made significant progress,” Akar stated.

Kurbanov for his part said: “It is important for us to further military, defense and security cooperation.”

Akar also met with Uzbekistan’s National Security Adviser Viktor Mahmudov during his visit and stated the necessity to continue cooperation in military training and the defense industry. He also emphasized cooperation in the fight against the Gülenist Terror Group (FETÖ).