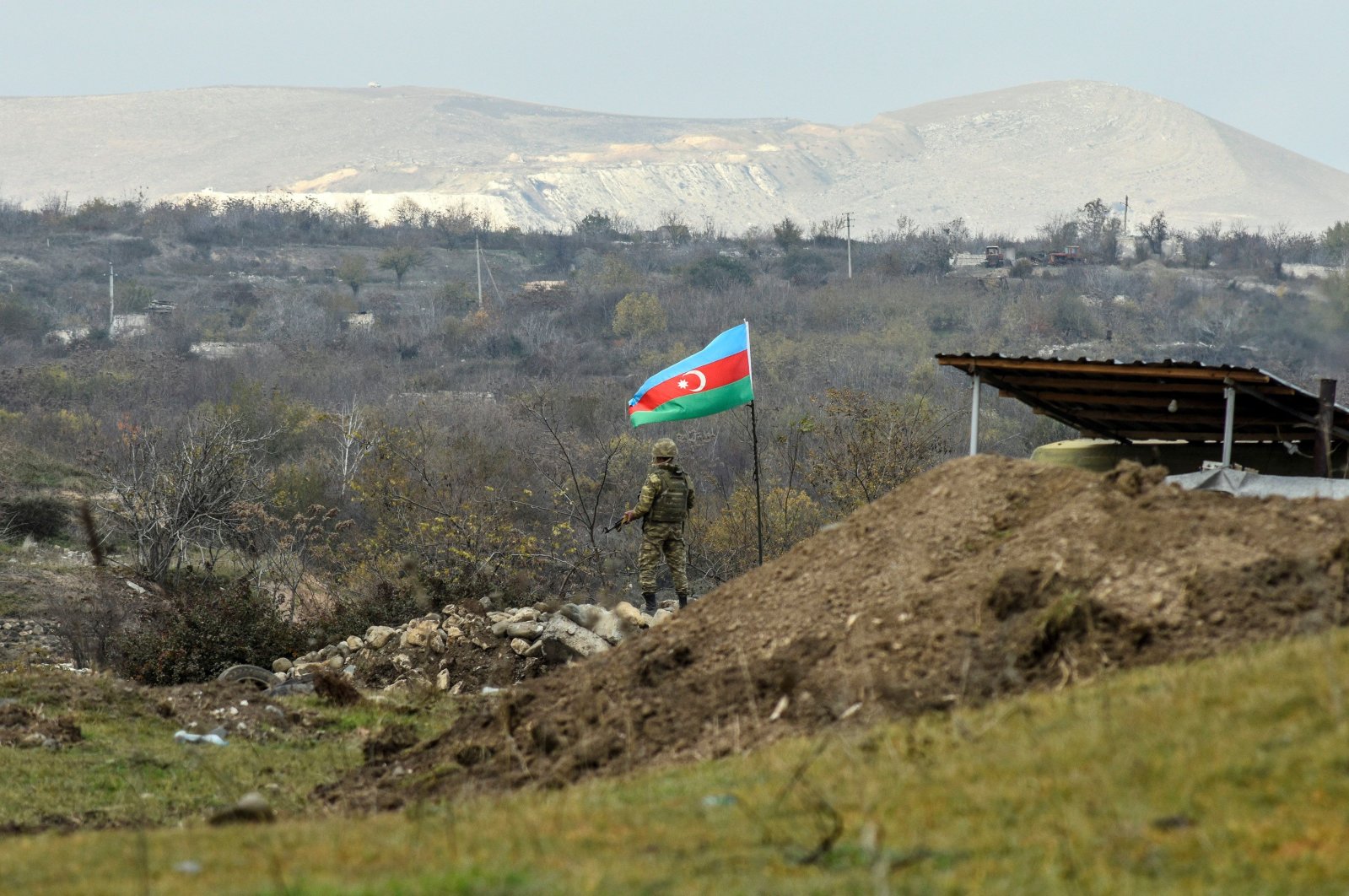 An Azerbaijani soldier stands guard at a checkpoint on a road entering Fuzuli from Hadrut a day after Baku's army entered the final district given up by Armenia under a peace deal that ended weeks of fighting over the Nagorno-Karabakh region, Azerbaijan, Dec. 2, 2020. (AFP Photo)
by daily sabah Dec 04, 2020 11:18 am
RECOMMENDED

Foreign Minister Mevlüt Çavuşoğlu on Thursday stated that the recently inked agreement over the Nagorno-Karabakh region of Azerbaijan will have a positive effect on regional stability.

"Now with the latest agreement between Azerbaijan, Armenia and Russia, after 30 years, there is a real chance of peace. The course will have a positive impact on relations between Armenia, Azerbaijan and Turkey as well as on regional stability," Çavuşoğlu said while speaking at the 27th Meeting of the Organization for Security and Co-operation in Europe (OSCE) Ministerial Council via videoconference.

"We call on the other members of the Minsk Group, and especially the co-chairs, to refrain from politically motivated actions that would undermine the path to a negotiated solution," he added.

The Minsk Group, co-chaired by France, Russia and the U.S., was formed in 1992 to find a peaceful solution to the conflict between Baku and Yerevan over the occupied Nagorno-Karabakh region, but to no avail.

Disregarding the recent agreement, France's National Assembly approved a resolution Thursday calling on the government to recognize Nagorno-Karabakh as a "republic."

According to the United Nations, Nagorno-Karabakh is Azerbaijani territory. No country in the world, including Armenia, recognizes Armenian sovereignty over the area.

Recalling that Turkey has always acted in line with international law and legitimacy, Çavuşoğlu stressed that the country, as a member of the Minsk Group, is committed to supporting all efforts to find a lasting solution to the Nagorno-Karabakh issue.

Fresh clashes erupted on Sept. 27 and continued for 44 days, during which Baku liberated several cities and nearly 300 of its settlements and villages from the Armenian occupation.

Under the agreement, Azerbaijan regained control of parts of Nagorno-Karabakh as well as seven adjacent districts that Armenia occupied during the 1990s war.