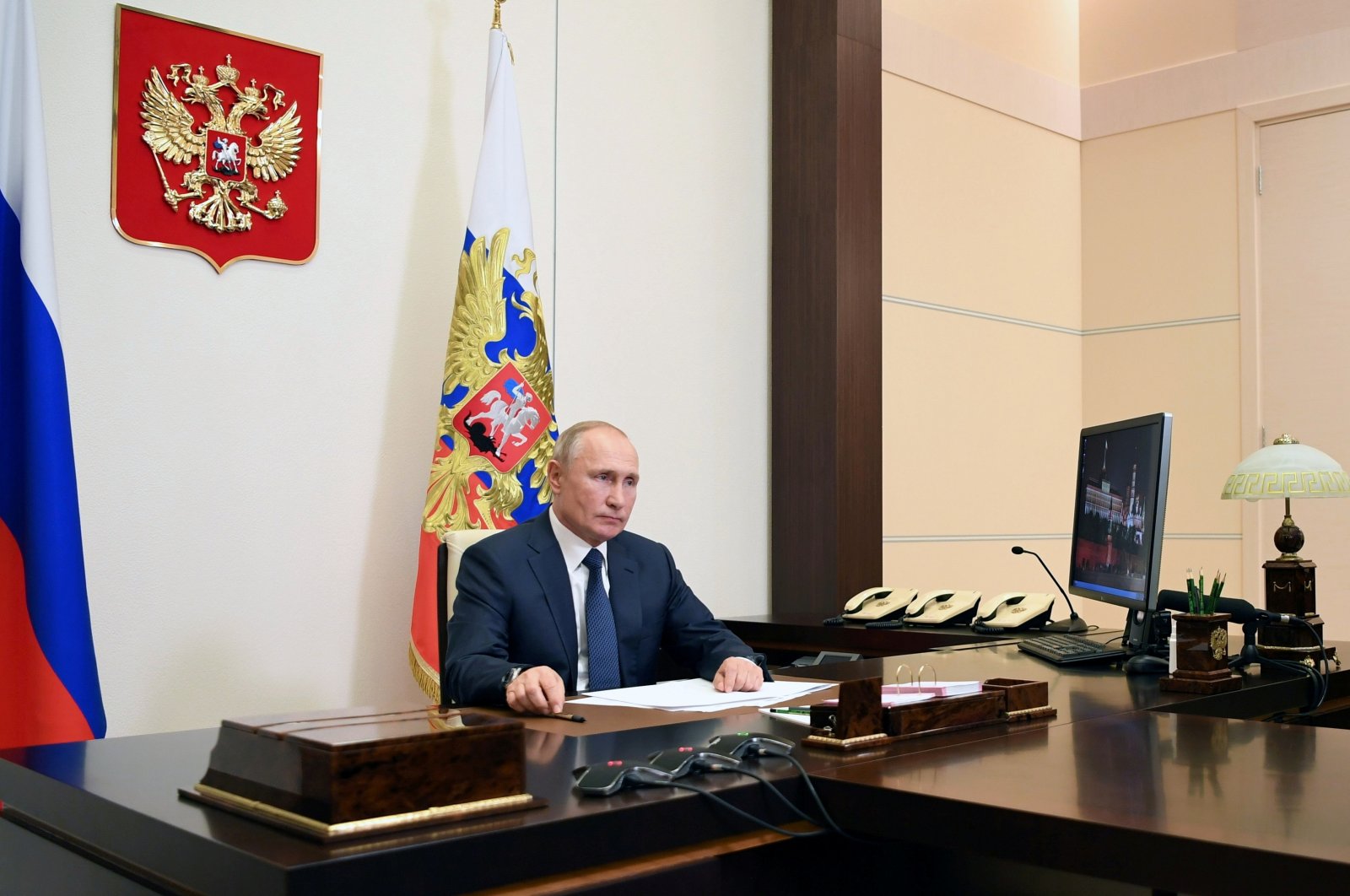 Russian President Vladimir Putin speaks about the signed deal on a complete halt of combat actions over the Nagorno-Karabakh region at the Novo-Ogaryovo state residence outside Moscow, Russia, Nov. 10, 2020. (Reuters Photo)
by daily sabah Nov 10, 2020 11:14 am
RECOMMENDED

Russian President Vladimir Putin said he believed the recently signed peace deal would allow for a lasting solution to the problem in the Nagorno-Karabakh region that has spanned decades.

Speaking on television after the agreement was released, Putin said he believed it would create the "necessary conditions for a long-term and full-fledged settlement of the crisis around Nagorno-Karabakh on a fair basis."

Russian President Vladimir Putin confirmed that both Armenia and Azerbaijan had agreed to "a total cease-fire.”

He said the two sides would hold on to areas under their control and that Russian peacekeepers would be deployed along frontlines to secure a corridor connecting Nagorno-Karabakh with Armenian territory.

Putin said displaced people would be allowed to return to the region, and there would be an exchange of prisoners and bodies from the fighting.

Russia will deploy 1,960 peacekeepers with 90 armored vehicles. The ministry said several Il-76 aircraft carrying the first peacekeepers and their equipment had taken off from an airfield in Russia.

About 20% of Azerbaijan's territory, including Nagorno-Karabakh and the seven other regions, has been under illegal Armenian occupation for nearly three decades.