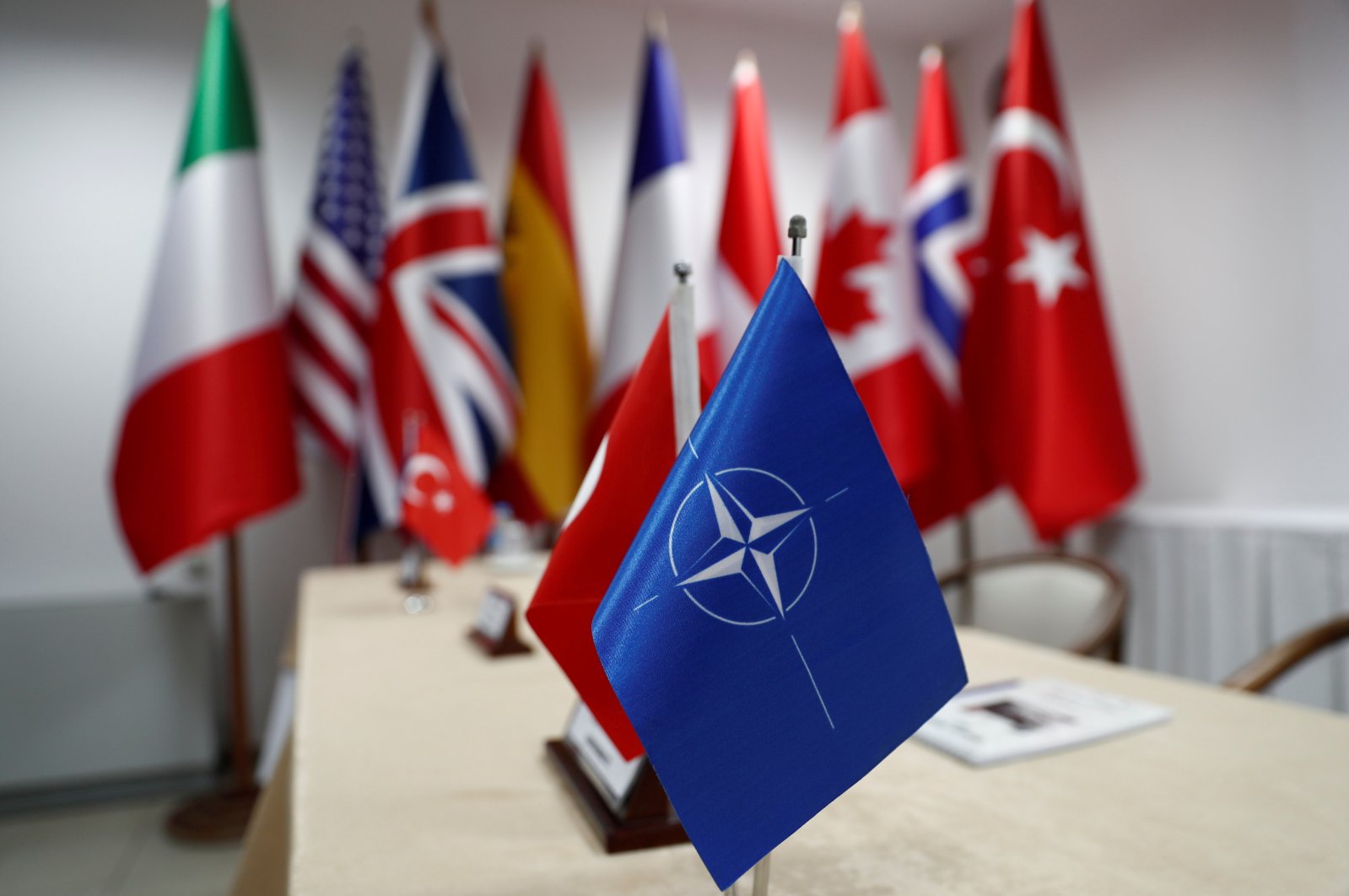 NATO's flag and the flags of participating countries are pictured during the Dynamic Monarch-17, a NATO-sponsored submarine escape and rescue exercise, at the Turkish Naval base of Aksaz, Turkey, Sept. 20, 2017. (Reuters File Photo)
by DAILY SABAH Jul 05, 2021 12:24 pm
RECOMMENDED

“The air-maritime integration training demonstrates NATO's capabilities, readiness and resolve to protect Allied populations; with our ships and aircraft peacefully operating off the Romanian coast we also assure the Allies in the region,” a written statement of NATO said.

According to NATO, the exercise included allied fighter assets from the Greek, Romanian and Turkish air forces, a NATO AWACS, a Romanian C-27 transport aircraft, a Turkish Military Patrol Aircraft and three Allied frigates from the Standing NATO Maritime Group 2 (SNMG2) – Italian Navy flagship Fasan, the Romanian Navy Regina Maria and the Turkish Navy Barbaros. SNMG 2 forces are transiting across the Black Sea and will take part in Exercise Sea Breeze 2021 after the ADEX.

“The activities on July 2 underlined the Allies' commitment to collective defense and to maintain peace and preserve security in this region both at sea and in the air,” the statement read.