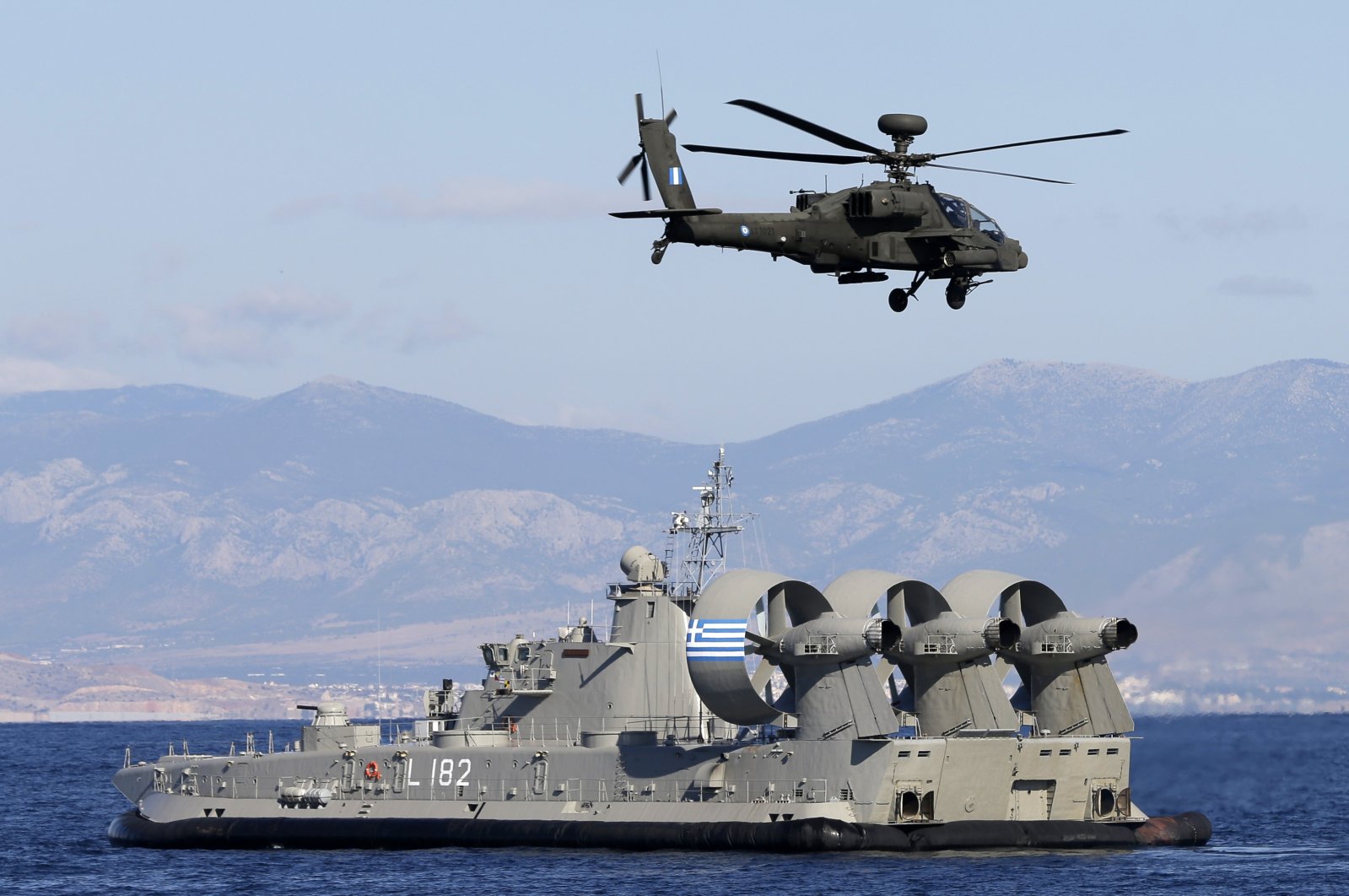 A military helicopter and naval hovercraft during a Greek joint military exercise Pyrpolitis on the Saronic Gulf, south of Athens on Oct. 30, 2014. (AP File Photo)
by DAILY SABAH Oct 01, 2020 10:20 am
RECOMMENDED

NATO members will carry out a joint naval drill in the Mediterranean Sea between Oct. 5 and Oct. 9, according to a navigational telex (Navtex) by the Turkish Naval Forces (DzKK) Office for Navigation, Hydrography and Oceanography (OHNO).

Navtex is a maritime communications system that allows ships to inform other vessels about their presence in an area, as well as other information.

A statement said that NATO units will be conducting Operation Sea Guardian in the Mediterranean Sea to promote maritime security.

"Any information you can provide regarding suspicious behavior at sea or personnel at risk could save lives. If contacted by NATO units, your cooperation and assistance in answering questions would be greatly appreciated," the statement read.

In February, NATO held the Dynamic Manta-2020 drill on the Mediterranean island of Sicily. The military exercise aimed to enhance cooperation between allies through war games conducted both at the surface and below the water.

Turkish Naval Forces (DzKK), with its more than 10 warships operating across the eastern and central Mediterranean area, was one of the military forces that contributed most to the NATO drill.

The country used one Barbaros frigate, the TCG Salihreis, a Preveze submarine, the TCG March 18 and a maritime patrol aircraft (P-235) in the exercise.

Turkey has been a member of NATO since 1952 and has the second biggest army of the organization after the U.S.