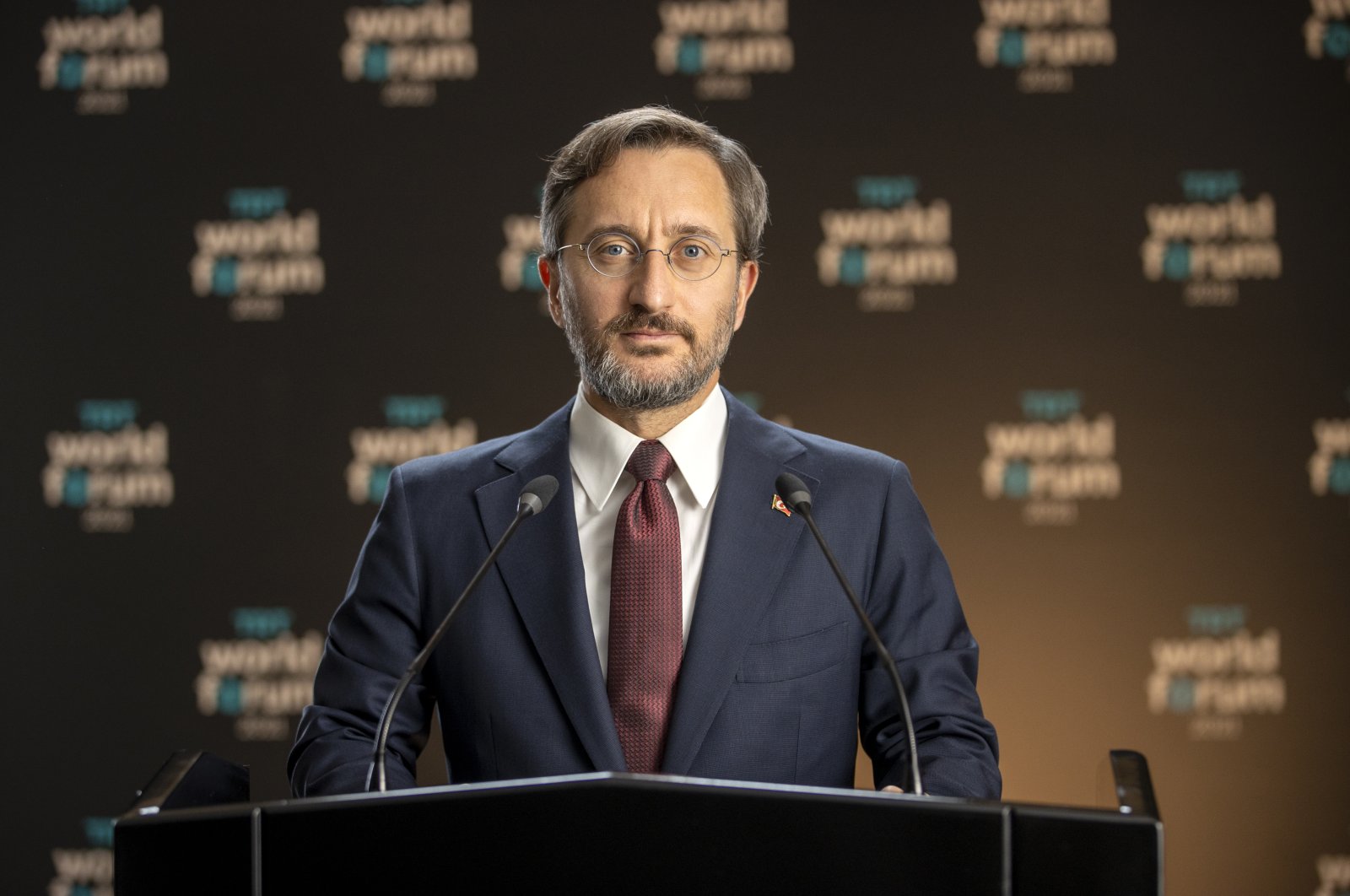 In a video message to TRT World Forum 2021, a two-day program to discuss significant topics on the world agenda, Altun said every nation may have different short- and long-term foreign policy objectives; however, the last two decades demonstrate that nations should pay more diligent attention to regional and global crises.

"Globalization not only erodes the boundaries among nations, but also dissolves the barriers that nations can build to avoid regional and global crises. For instance, in addition to security risks, long lasting conflicts can create humanitarian challenges and economic and social problems for the region," he said.

Altun said global problems require global solutions, and the emergence of global crises demonstrates that without finding a global solution to these problems, it is impossible to attain the goal of stability and security.

Turkey, in the last few years, has followed these existing and emerging challenges in the international system and taken steps to respond to these challenges, said Altun.

"Turkish foreign policy makers have been involved in different initiatives to resolve the conflicts in Syria, Libya and Iraq. We have also invited affected parties to engage in dialogue and constructive diplomacy in other crisis areas including the Eastern Mediterranean and the Azerbaijan-Armenia dispute. President Erdoğan called on nations to form international conferences to negotiate and settle the disputes in these areas," he said.

Turkey, Altun said, understands the importance of the reform process for international institutions which fail to provide solutions to global problems under their current structure.

"U.N. Security Council reform is long desired, however has yet to be attained. In the last few years, we have seen that the failure of this council to take decisive action has led to significant regional problems. We support a reform process for the organization and think it would serve both for the interests of Turkey and other nations across the world," he said.

Altun said solidarity and cooperation among nations is key to resolve regional and global problems.

"Turkey took every step during the crisis to cooperate with and support other countries in this (coronavirus) pandemic and it will continue to do so," he said.

"Our foreign policies need to have visions to handle global problems. The competition among nations may allure countries to maintain the status quo. However, in those two decades, we have seen the failure of that approach," Altun said.