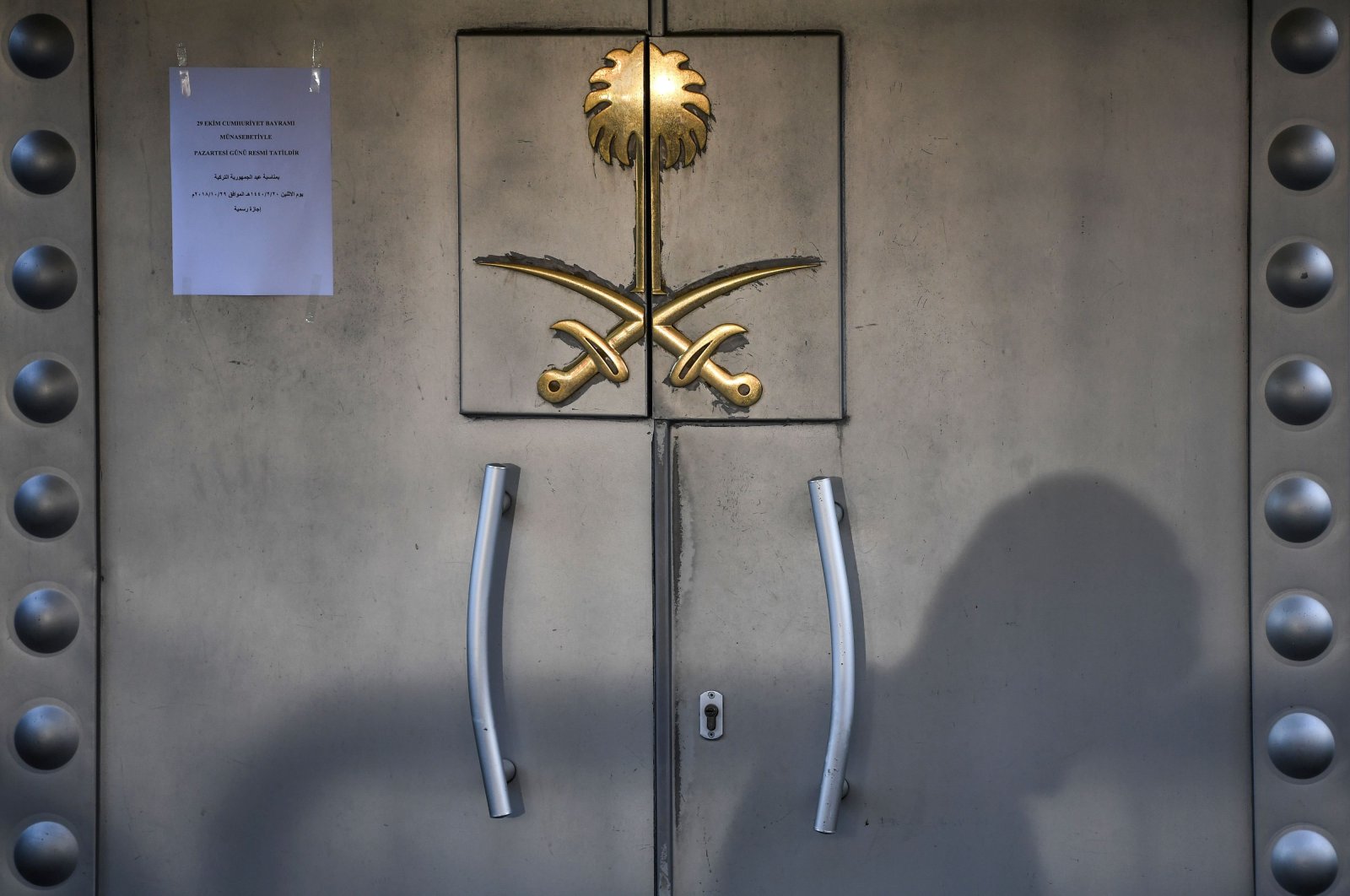 A new video emerged showing a team of four people coming to Istanbul to erase evidence of the killing of Saudi journalist Jamal Khashoggi in October 2018.

In video footage obtained by English-language public broadcaster TRT World, it is seen that the suspected group is using cleaning agents.

The suspects, who came in two separate groups, apparently not to raise questions, hindered the Turkish police in completing investigations within Saudi Arabia’s consulate in Istanbul, where the murder took place, for 14 days while they cleaned up the evidence.

The first room which was cleaned was the meeting room where Khashoggi was killed and later moved out of. Though the four people engaged in efforts to erase all evidence, the Turkish police were still able to retrieve some details including labels at the bottom of the rugs – indicating that the rugs were sent to the dry cleaning service just after the murder. They also found that the walls were freshly painted.

Khashoggi, a columnist for The Washington Post, was killed and dismembered by a group of Saudi operatives shortly after he entered the country's consulate in Istanbul on Oct. 2, 2018. The whereabouts of his body are not yet known.

In a 101-page report published by the United Nations High Commissioner for Human Rights (UNHCR) in the summer of 2019, Saudi Arabia was held responsible for "deliberately" killing Khashoggi, noting that there is documented evidence for the investigation of senior officials, including Saudi Crown Prince Mohammed bin Salman (MBS).