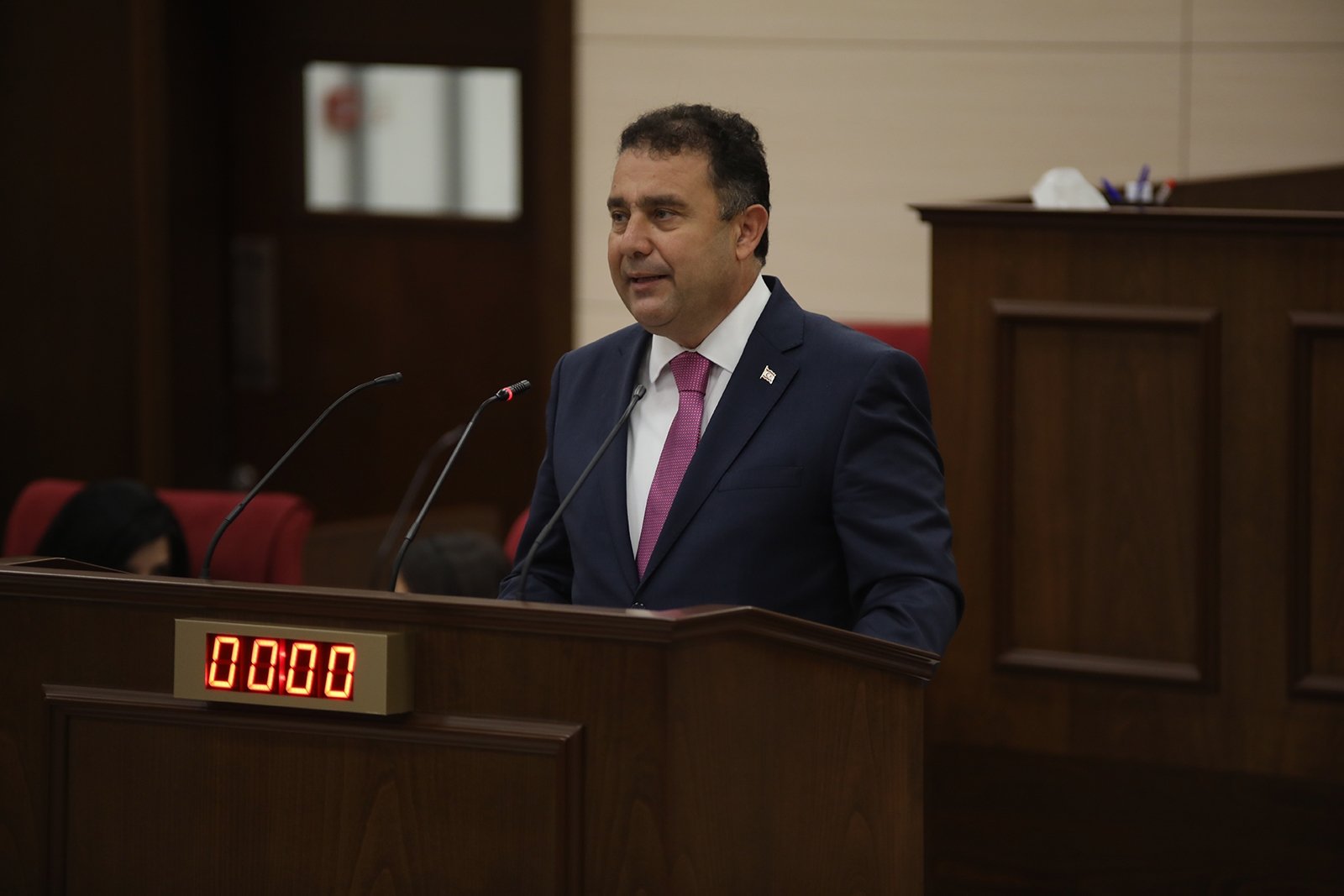 Negotiations on a federation model for a solution to the Cyprus issue will be "a waste of time" without basing it upon the two states on the island, according to the new prime minister of the Turkish Republic of Northern Cyprus (TRNC).

Upon forming the government earlier this month, Ersan Saner spoke to Anadolu Agency about the priorities of the new coalition, the partially opened town of Varosha (Maraş), the Cyprus issue, the policies they will adopt in the Eastern Mediterranean and relations between Turkey and the TRNC.

The three-party coalition government – the National Unity Party, the Democrat Party and the Rebirth Party – was formed on Dec. 9 in the wake of elections this October in which then-Prime Minister Ersin Tatar was elected the country's president.

Regarding negotiations with the Greek Cypriot administration, Saner remarked that the Turkish side has in good faith talked for the last 52 years to find a permanent resolution, but it cannot bear losing another 50.

"We say that all these negotiations should come to an end now ... I can say that the negotiations without a two-state solution on the table and talks continuing based on a federation model thesis is nothing but a waste of time," he asserted.

Cyprus has been divided into the TRNC in the north and the Greek Cypriot administration in the south since a 1974 military coup that aimed to annex Cyprus to Greece.

Turkey's military intervention as a guarantor power in 1974 put an end to years of persecution and violence against Turkish Cypriots by ultra-nationalist Greek Cypriots.

The decades since have seen several attempts to resolve the dispute, all ending in failure. The latest attempt, in which guarantor countries Turkey, Greece and the U.K. took part, ended in 2017 in Switzerland.

In 2004, a plan by then-United Nations Secretary-General Kofi Annan was accepted by Turkish Cypriots but rejected by the Greek Cypriots in dual referendums held on both sides of the island.

Talks have focused on a federal model based on the political equality of the Turkish and Greek Cypriot sides, but the Greek Cypriots' rejection of such a solution, including the Annan plan, led to the emergence of other models.

Saner also stressed the Greek Cypriots have not shown any signs of cooperation toward the TRNC over the search for hydrocarbon reserves in the Eastern Mediterranean.

"I want to state that we say yes to cooperation with the Greek Cypriot administration in areas under the exclusive economic zone of the TRNC in the Eastern Mediterranean, but if we were not extended a hand, we would continue to draw our roadmap with the motherland Turkey," he said.

Turkey, which has the longest continental coastline in the Eastern Mediterranean and has therefore rejected the maritime boundary claims of Greece and the Greek Cypriot administration, stressing that these excessive assertions violate the sovereign rights of both Turkey and the Turkish Cypriots.

Ankara has sent drillships in recent months to explore for energy resources in the Eastern Mediterranean, pushing its own rights in the region, as well as those of the Turkish Republic of Northern Cyprus.

Turkish leaders have repeatedly stressed that Ankara is in favor of resolving all outstanding problems in the region through international law, good neighborly relations, dialogue, and negotiation.

Saner said that Turkey's help and cooperation are crucial for the TNRC's economy and infrastructure projects, among other things.

Underlining the significance of tourism and educational sectors to the country's economy, Saner said the government is trying to find a balance between protecting citizens' health and shielding the economy from further damage caused by the COVID-19 pandemic.

Saner also announced that he will make his first official visit to Turkey after the vote of confidence for the new government he would lead.