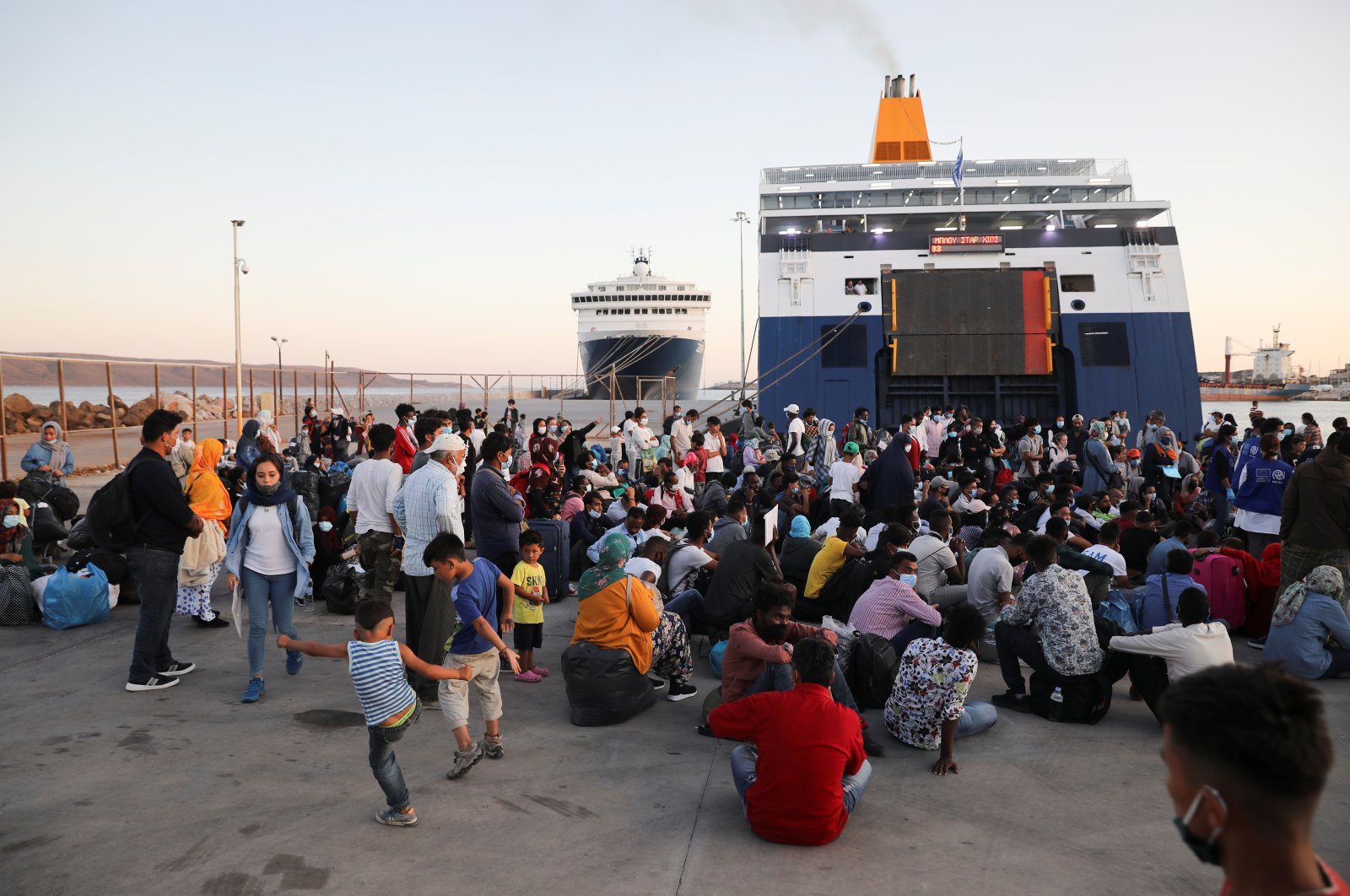 Refugees and migrants wait to be transferred to camps on the mainland after their arrival on a passenger ferry from the island of Lesbos at the port of Lavrio, Greece, Sept. 29, 2020. (Reuters Photo)
by Daily Sabah with AFP Oct 06, 2020 4:23 pm
RECOMMENDED

Amnesty International was among nearly 30 nongovernmental organizations (NGOs) on Tuesday calling on Greece to open an "urgent inquiry" into allegations that it was systematically pushing migrants back toward Turkey.

"The continued failure to address the serious allegations of pushbacks and violence against people on the move at Greece's borders can no longer be tolerated," said Adriana Tidona, a migration researcher at Amnesty.

"We call on the Greek parliament to exercise its powers in the interest of all those who have been harmed by these actions and to ensure that there is no repetition," she added.

"We have documented the pushback of more than 1,150 asylum-seekers from Greek territory in the past three months alone," said Natalie Gruber, spokesperson for research group Josoor, another signatory to the open letter.

"These are not isolated incidents but systematic violations of national, EU and international law that the parliament cannot shrug off as fake news anymore," she said.

The Greek Helsinki Monitor added that it had filed some 20 complaints related to pushbacks at Greece's borders, including deaths, but that they were ignored by local prosecutors.

Last month, Oxfam and activist movement WeMove Europe filed a complaint with the European Commission, calling for an investigation into Greece's alleged violation of asylum-seekers' rights.

In June, the United Nations High Commissioner for Refugees (UNHCR), the International Organization for Migration (IOM) and the European Union jointly called for Greece to investigate the charges.

The Turkish coast guard said it rescued over 300 migrants “pushed back by Greek elements to Turkish waters” last month alone. Citing what they say are credible reports, international rights groups have called repeatedly for investigations.

Other rights groups and refugee organizations, including the UNHCR, have repeatedly called on Greece to investigate what they say are credible reports and testimony of such expulsions occurring.