No common ground ahead of UN-led talks: Turkish Cypriot FM 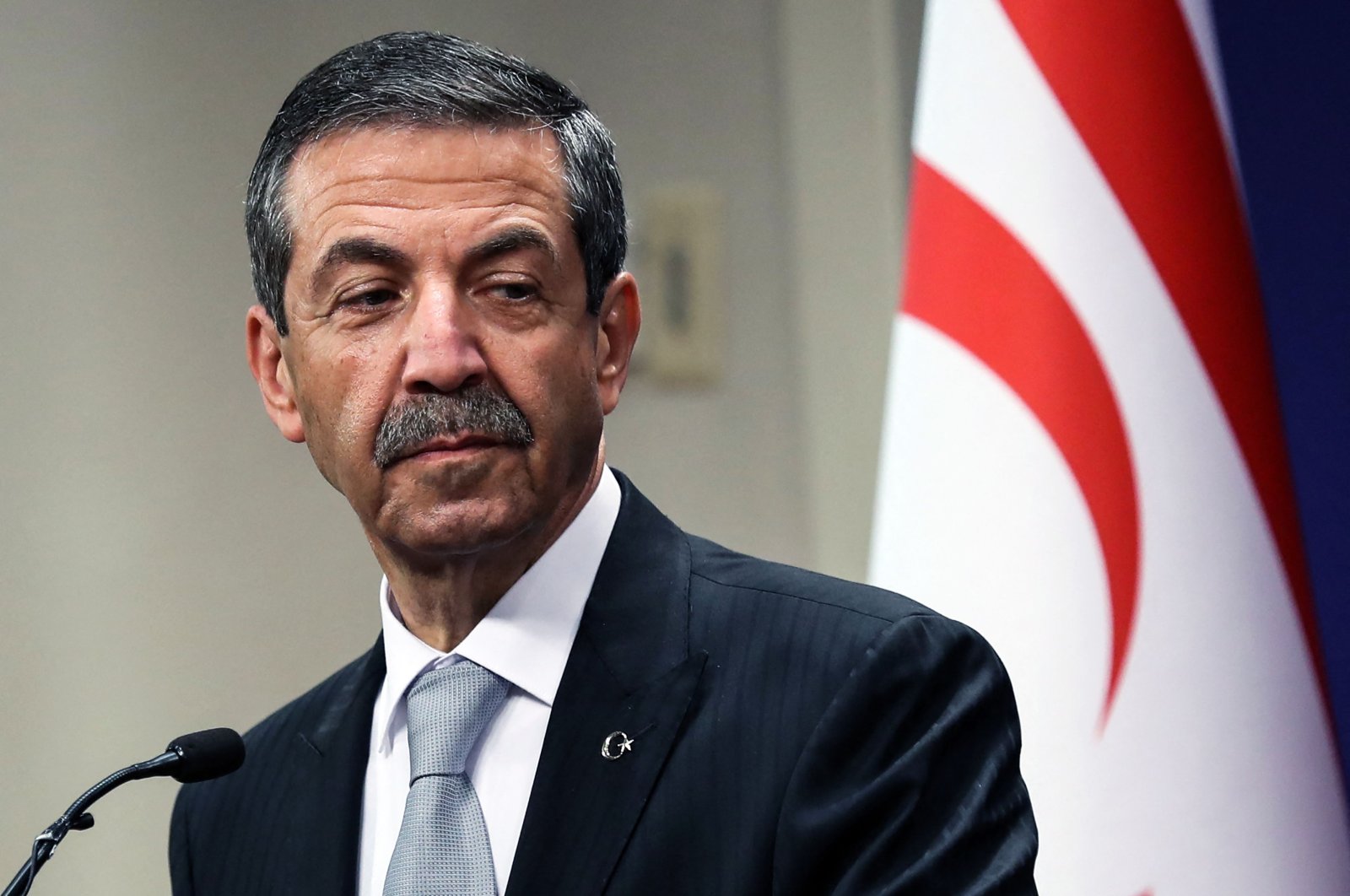 Minister of Foreign Affairs of the Turkish Republic of Northern Cyprus (TRNC) Tahsin Ertuğruloğlu speaks during a press conference in Ankara, Turkey, Jan. 11, 2021. (AFP)
by Daily Sabah with AFP Mar 25, 2021 11:48 am
RECOMMENDED

There is no "common ground" between the island of Cyprus' rival sides, the top diplomat from the Turkish Republic of Northern Cyprus (TRNC) said Wednesday, ahead of new United Nations-led efforts to revive talks on the island's future.

U.N. Secretary-General Antonio Guterres has called for informal meetings next month to breathe life into long-stalled negotiations that seek to establish "common ground" for a lasting solution. But Turkish Cypriot Foreign Minister Tahsin Ertuğruloğlu told Agence France-Presse (AFP) on Wednesday that "there is no common ground".

"There cannot be a common ground so long as we're treated unequally as we have been all these years," he said in an interview.

After decades of negotiations based on the idea of reunifying the island through the creation of a federal state, Ertuğruloğlu said the approach should be abandoned in favor of a two-state solution. A position in line with the stance of the new president of the TRNC, Ersin Tatar.

Tatar was elected in October by supporting a two-state solution, a policy backed by Turkey.

Ertuğruloğlu on Wednesday also rejected calls by Greek Cypriot leader Nicos Anastasiades in January for the EU to play a role in the discussions, which in the past have also involved Turkey, Greece and former colonial power Britain.

The EU has never recognized the partition of Cyprus, seeing the entire island – apart from its British military bases – as territory of the Greek Cypriot administration.

But the Turkish Cypriot diplomat was adamant that the "EU has no place at the table."

The EU recently demanded to participate as an observing party to the U.N.-led Cyprus talks in Geneva, Switzerland on April 27-29.

Turkish leaders have expressed skepticism over EU involvement in the Cyprus issue, saying that the bloc has proven itself to be biased when it comes to the issue.

The U.N.-led talks on the Cyprus issue will host the two sides on the island – the TRNC and the Greek Cypriot administration – as well as guarantor countries Turkey, Greece and the United Kingdom.

The island has been divided since 1964 when ethnic attacks forced Turkish Cypriots to withdraw into enclaves for their safety. In 1974, a Greek Cypriot coup aiming at Greece’s annexation led to Turkey’s military intervention as a guarantor power to protect Turkish Cypriots from persecution and violence. The TRNC was founded in 1983. The Greek Cypriot administration entered the EU in 2004, the same year that Greek Cypriots thwarted a U.N. bid – the Annan Plan – to end the decadeslong dispute in a referendum.

Currently, the TRNC has a population of almost 400,000 people. Even though it is not recognized by any country other than Turkey, it is a model state in terms of its democracy and freedom.