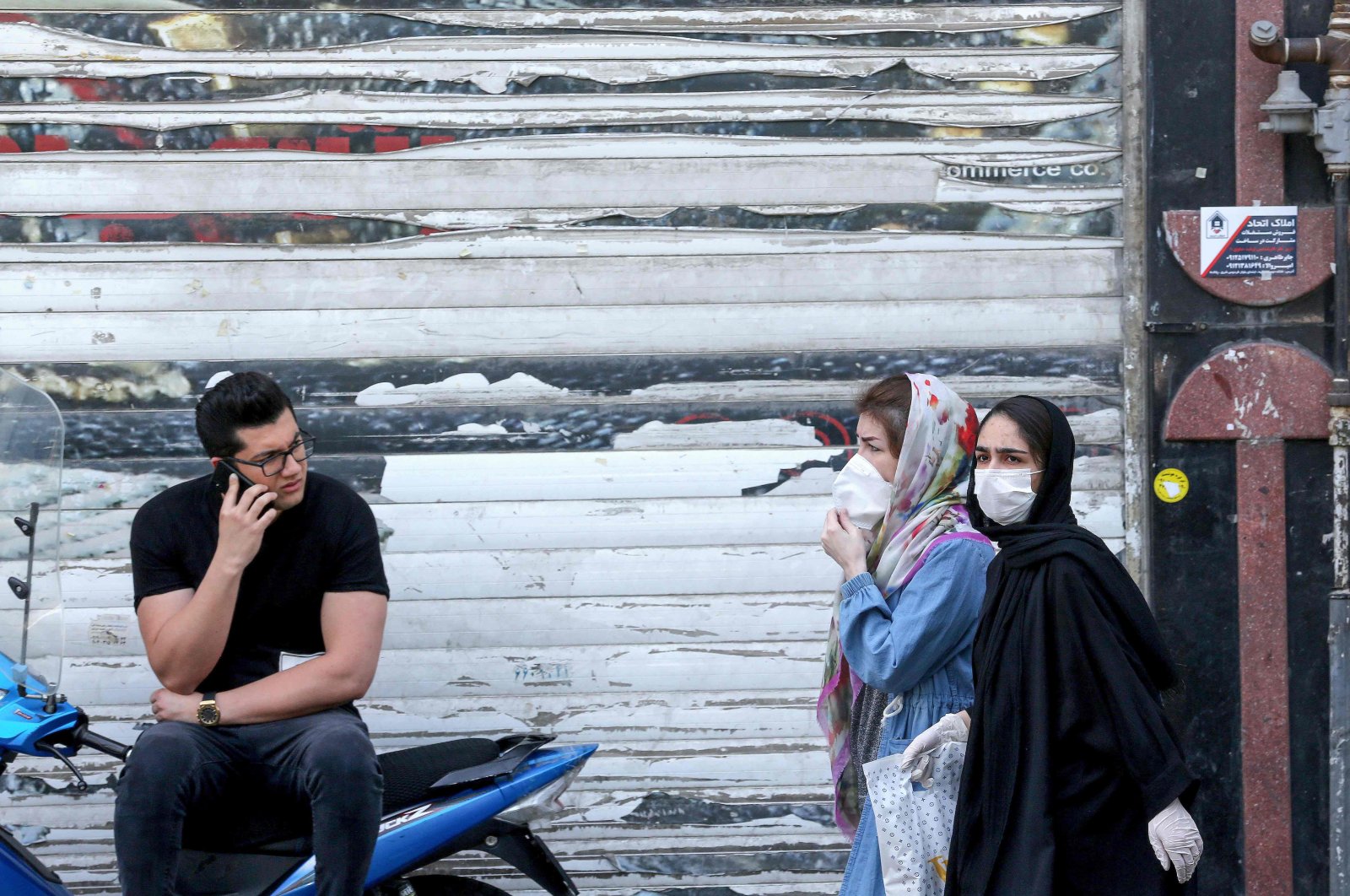 An Iranian youth talks on the phone as he watches women wearing protective masks walk by on a street of the capital Tehran, May 9, 2020. (AFP)
by Anadolu Agency May 12, 2020 1:14 pm
RECOMMENDED

"The Parsis of India—Zoroastrians whose ancestors long ago emigrated to India—have remained ever faithful in their love for Iran. Grateful for their #Covid19 package for Iranians. We also sent 40,000 advanced Iran-made test kits to #Germany, #Turkey and others," Javad Zarif said Friday on Twitter.

The sources, however, said that no test kits have arrived in Turkey from Iran. They stressed that the information in question is incorrect.

The number of active coronavirus cases in Turkey has dropped to 40,150, the country's health minister said Monday.

A total of 3,089 coronavirus patients have recovered over the last 24 hours, bringing the number of recoveries to 95,780, Health Minister Fahrettin Koca said on Twitter. The death toll from the pandemic rose to 3,841 as the country saw 55 more fatalities over the past day, Koca added. The country registered 1,114 new cases, bringing its tally to 139,771, he said, citing Health Ministry data.

More than 4.15 million cases have been reported in 187 countries and regions since the virus emerged in Wuhan, China last December. The U.S. and Europe are currently the hardest-hit areas.

A significant number of COVID-19 patients, over 1.43 million, have recovered worldwide, but the disease has claimed over 284,800 lives, according to data compiled by the Johns Hopkins University in the U.S.