No intention of arms race with Turkey: Greek PM Mitsotakis 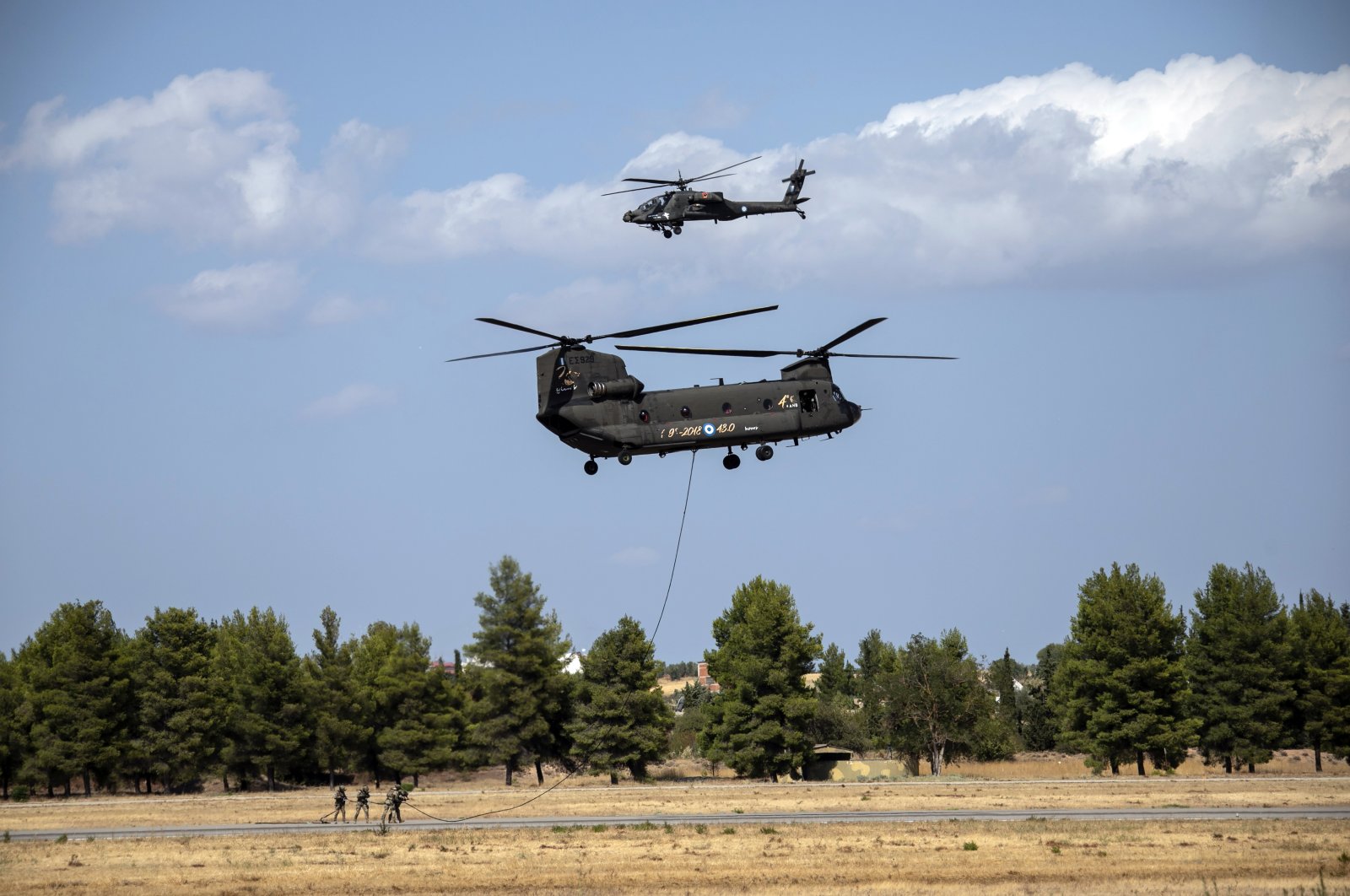 Greek military special forces perform with a CH-47 and a Kiowa helicopters during an airshow at Tanagra air base, north of Athens, Greece, Sept. 4, 2021. (AP Photo)
by DAILY SABAH WITH AA Sep 28, 2021 8:35 am
RECOMMENDED

The Greek prime minister said his country does not intend to enter into an arms race with Turkey.

In an exclusive interview with Greece's state-run broadcaster ERT, Kyriakos Mitsotakis, who is in Paris for a two-day official visit, said: "I had predicted in the spring that we would have a quiet summer. I see no reason why we shouldn't have a quiet autumn and a quiet winter. I believe that Turkey understands that the tensions in the Eastern Mediterranean will ultimately not benefit anyone."

Stating that cooperation can be reached with Turkey on common issues such as the climate crisis and the refugee problem, Mitsotakis underlined that economic cooperation is possible as part of good neighborly relations and respect.

He said the only way to solve the problems in the Eastern Mediterranean and the Aegean Sea is international law.

"I will tell you frankly: Agreements can be reached that require a mutual stepping back on some issues so that we can ultimately achieve solutions that benefit everyone."

He also emphasized the need for the modernization of the Greek Army.

"I am not in the mood for an arms race with Turkey. It is not my intention," he said. "Because, you know, these are decisions for arms programs that have a long horizon. I will hand over a more powerful armed forces to my successor."

Greece has recently increased its defense spending. The Greek economy, which invested even the financial aid given to it by the EU to be used for infrastructure investments such as education, health, transportation and energy into its military instead, went bankrupt in 2008 and became an over-indebted state and the Greek people suffered as a result.

Athens – which according to the latest World Bank data allocates 2.8% of its GDP to the military – also increased the period of compulsory military service from nine months to 12 months.

In July, Turkey issued a complaint to the United Nations, sending a letter stating that Greece’s acts violate the demilitarized status of the islands in the Aegean.

The letter that was sent to U.N. Secretary-General Antonio Guterres and signed by Turkey’s U.N. representative Feridun Sinirlioğlu, stated, “We want you to note once again that Greece is not abiding by its obligations from relevant agreements on the demilitarisation of islands in the Aegean and Mediterranean.”

Saying that Turkey repeatedly brought up Greece’s violations through diplomatic channels, it added, “If Greece fails to fulfill its obligations from the agreements, it cannot put forth its sovereignty rights rooted in these agreements, including the demarcation of maritime zones.”