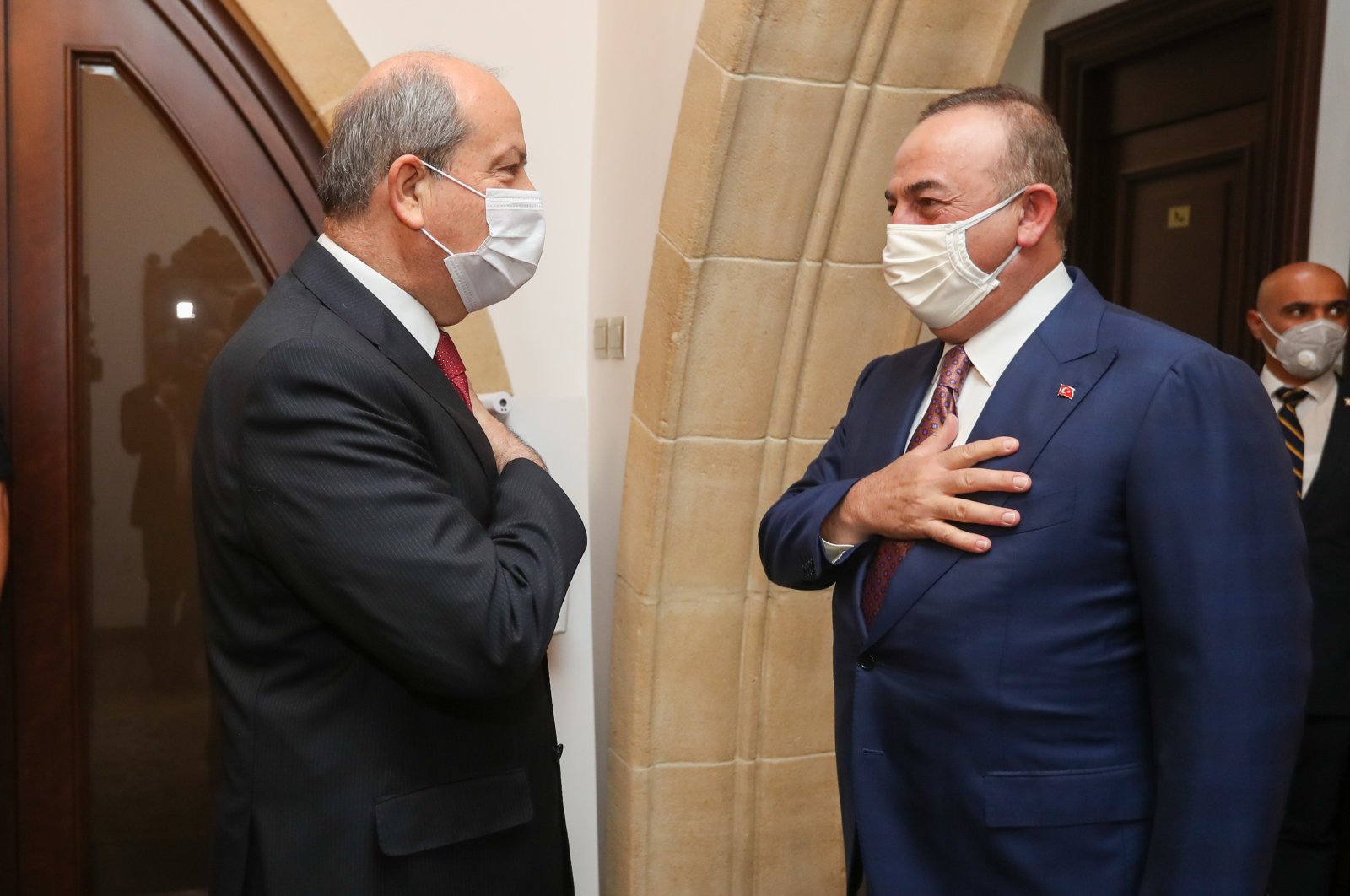 There will no longer be any negotiations on a possible formation of a federation on the island of Cyprus, Foreign Minister Mevlüt Çavuşoğlu said Tuesday.

Speaking at a joint press conference with the president of the Turkish Republic of Northern Cyprus (TRNC) in Nicosia (Lefkoşa), the foreign minister expressed that for the past 52 years, Turkey has escalated efforts for a solution based on a federation, but it did not yield to anything.

"I know that (the head of the Greek Cypriots Nicos) Anastasiadis also wants a two-state solution (instead of a federation). The international community cannot force us to do something that we don't want," he said.

Underlining that the Turkish Cypriots showed that they want a two-state solution for the island by voting for Tatar in the recent presidential elections, Çavuşoğlu said that the upcoming United Nations talks on the issue will show if the negotiations will resume or not.

Criticizing the European Union for its biased position over the crisis, Çavuşoğlu underscored that in order for the bloc to be an observer during the talks, it needs to be fair.

Arriving in Nicosia on Monday, Çavuşoğlu was first received by TRNC Parliament Speaker Önder Sennaroğlu and later Prime Minister Ersan Saner "to discuss the issues on our common agenda, particularly the Cyprus issue."

Last week, there was new hope for the divided island of Cyprus following the announcement of the resumption of U.N. negotiation talks in March, poised to leave the legacy of decades of failed reconciliation attempts behind.

On Jan. 20, Guterres announced his intention to invite the rival leaders of Cyprus to an informal meeting “as soon as practicable” but warned that this meeting must be different and help clarify “the true extent” of their common vision “and outline steps necessary to chart a way forward.” After decades of no progress, he said, “changes are happening on the ground that may become irreversible, should the two communities not recommit themselves to resolving their differences peacefully, proactively and with determination.”

The Cyprus issue has seen an on-and-off peace process in recent years. The latest talks, which began on June 28, 2017, and were monitored by Guterres' special adviser on Cyprus, Espen Barth Eide, failed after 10 days of intense discussions. The Greek Cypriot side leaked files, which the U.N. had classified as confidential, to the Greek media before sending them to the U.N. and the Turkish side, and while the Greeks never strayed from their discourse of "zero troops, zero guarantees," they were not receptive to offers and suggestions. Prior to that, in 2004, then-U.N. Secretary-General Kofi Annan's plan for a solution was accepted by the Turkish Cypriots but rejected by the Greek Cypriots in twin referendums.

Tatar, on the other hand, said that he appreciates Turkey's efforts for the Turkish Cypriots to have peace on the long-divided island.

"The fact that Turkey is with us for 100% in this issue is empowering us," he said.

Ankara has been the TRNC's main supporter for decades now. In November, President Recep Tayyip Erdoğan expressed that a solution based on two equal sovereign states should be negotiated on the island of Cyprus.

Currently, the TRNC has a population of almost 400,000 people. Even though it is not recognized by any country other than Turkey, it is a model state in terms of its democracy and freedom. A 2016 Freedom House report on the country stated it is "free" when it comes to political rights and civil liberties.