No one has right to put Turkish Cypriots at risk by calling for federal solution, TRNC PM Tatar says 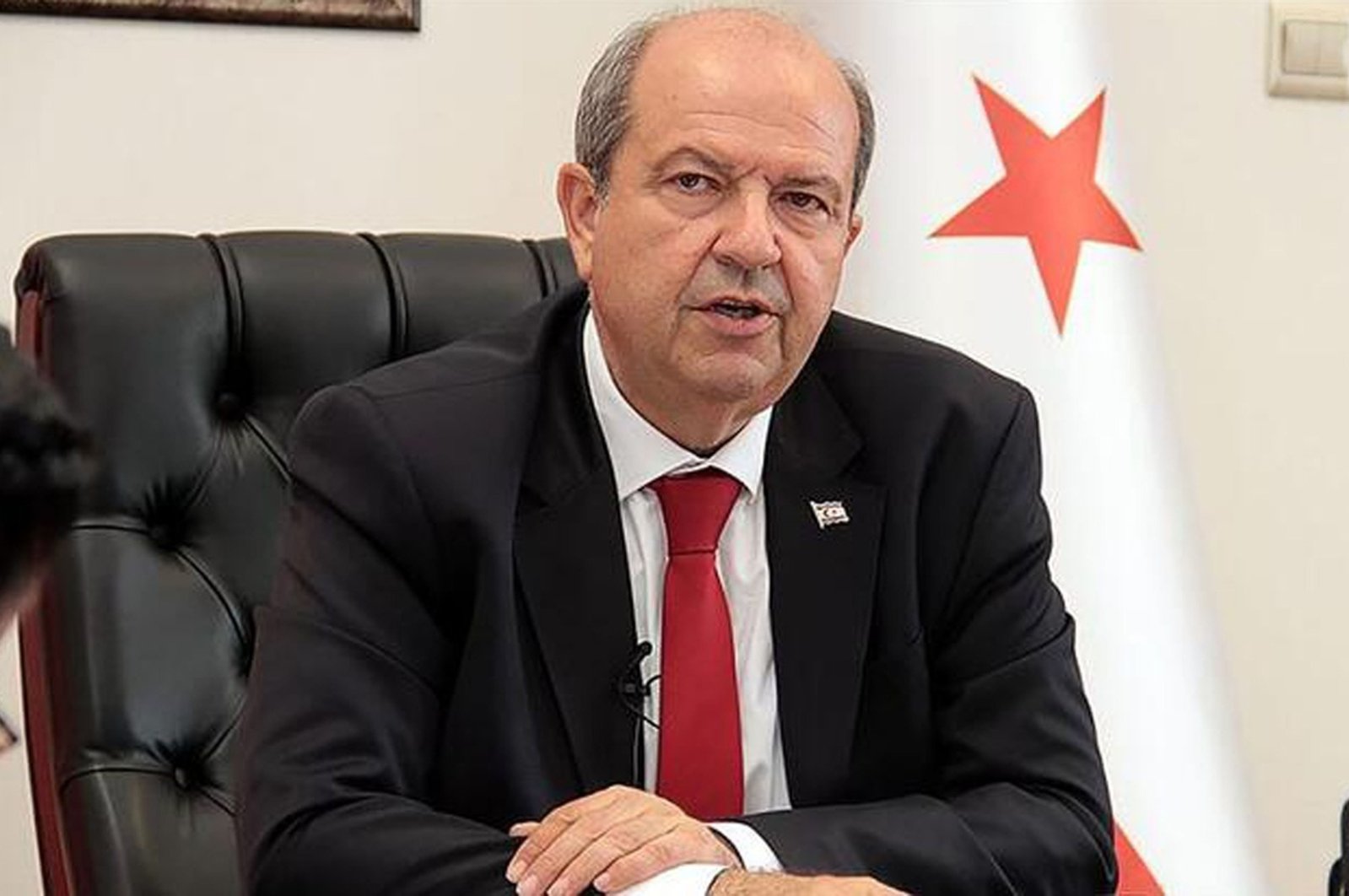 The prime minister of the Turkish Republic of Northern Cyprus (TRNC) said Saturday that no one has the right to put Turks on the island at risk by calling for a federal solution to resolve the Cyprus issue.

Prime Minister Ersin Tatar discussed Cyprus' sovereignty and other recent developments during a TV program, according to a statement by the press office of the National Unity Party.

Referring to U.N. Secretary-General Antonio Guterres's intention to restart negotiations after the TRNC presidential election, Tatar said: "In Crans-Montana (2017 talks in Switzerland), the opportunity was missed. (TRNC) President Mustafa Akıncı also said the federation (probably) was over after the meetings in 2017 and that this was the last attempt of their generation but he later reverted."

In 2004, a reunification plan of then-U.N. Secretary-General Kofi Annan was accepted by Turkish Cypriots but rejected by the Greek Cypriots in dual referendums held on both sides of the island. Talks have focused on a federal model, based on the political equality of the Turkish and Greek Cypriots, but Greek Cypriots’ rejection of such a solution, including the Annan Plan, led to the emergence of other models.

Tatar pointed out that what matters are the national interests and expectations of the Turkish Cypriots. He said they know very well that the Greeks do not want an agreement on the basis of political equality; therefore, he supports a two-state model.

"We do not want to be dragged into an adventure by calling for a federal solution. In these times, nobody can put the people at such risk," said Tatar.

He also noted that the TRNC should seek an agreement that includes Turkey's active role and guarantorship.

He went on to say that if he wins the presidential elections scheduled for Oct. 11, he will push for a solution on the basis of sovereign equality.

"Peace came to Cyprus in 1974. We won't run away from the negotiation table, but once we start talks, we will openly ask for clarification of its basis, as well as its calendar.

"If a process starts, we will bring not only a federal solution but also alternatives to the table. We will push for a solution on the basis of sovereign equality. I must say that nothing will ever be the same again," he added.

The island of Cyprus has been divided since 1974 when a Greek military coup took place after decades of violence against the island's Turkish community and Ankara's intervention as a guarantor power. The TRNC was established in 1983 on the northern tier of the island, and it is only recognized by Turkey. The country faces a longstanding embargo on commerce, transportation and culture.

Cyprus has seen an on-and-off peace process in recent years, the last coming in Crans-Montana, Switzerland under the auspices of guarantor countries Turkey, Greece and the U.K., but the talks collapsed in 2017.

As the TRNC prepares for its next presidential election, the country’s domestic political tensions have been escalating. Incumbent President Akıncı is known for his support for a federal solution and his negative statements about Turkey. He has been criticized for his anti-Ankara statements, claiming that the TRNC will become part of Turkey if it cannot reunify with the Greek Cypriot administration.