No support for Sweden's NATO bid over provocations: Erdoğan 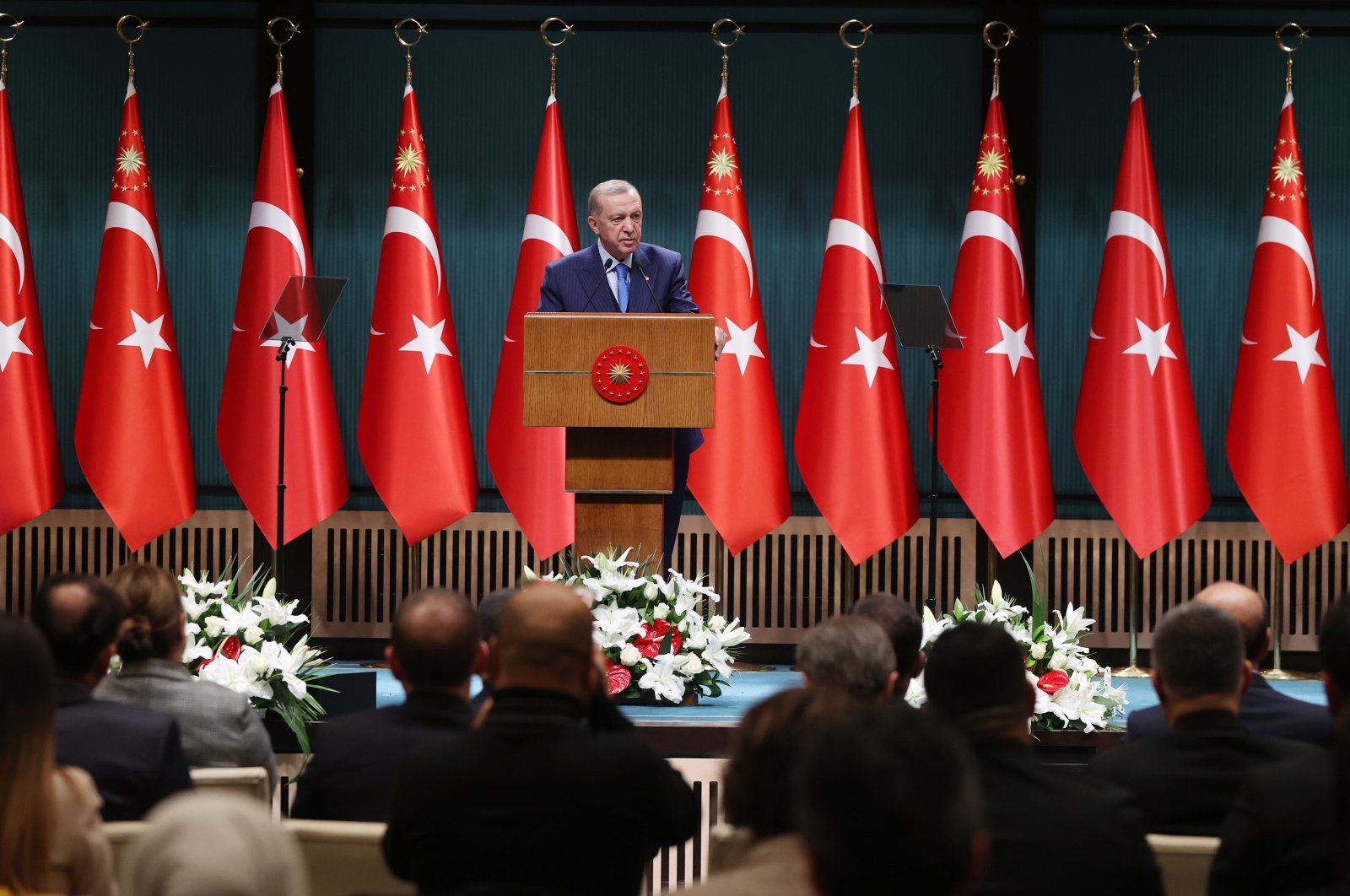 President Recep Tayyip Erdoğan criticized Sweden for allowing terrorist sympathizers and others to freely carry out provocations, saying that Stockholm should not expect support from Türkiye on its NATO bid following offensive demonstrations by both groups over the weekend.

Speaking to reporters following a cabinet meeting in the capital Ankara on Monday, the president slammed Danish-Swedish anti-Islam activist Rasmus Paludan's demonstration, where he burned a copy of the Qur'an in front of the Turkish Embassy and delivered a hatred-filled speech with permission from Swedish authorities, and under police protection.

"If you don't respect the religion of Türkiye or Muslims, you won't get any support from us on NATO," he said, noting that it is evident that Sweden should not expect Ankara's support for its NATO bid after authorizing such a shameful scandal in front of the Turkish embassy.

"That is not happening," he said, adding that if Sweden prefers terrorist sympathizers and Islamophobes, then Türkiye suggests they should let them defend their country too.

He also criticized Sweden for authorizing protests by terrorist PKK/YPG supporters, as said the country allows them to "run wild."

Since officially applying for membership in May 2022, spurred by Russia’s invasion of Ukraine, Sweden and Finland have been striving and struggling to secure Türkiye’s approval for joining the bloc. The Turkish government is objecting to their accession on grounds of security concerns, namely “harboring and tolerating” terrorist groups such as the PKK, and FETÖ.

A memorandum of understanding (MoU) the sides inked at a NATO summit in Madrid stipulates that the two countries take concrete steps to address the said concerns, increase their crackdown on terrorist organizations and deport people suspected of terrorism-related crimes.

For the last month, however, public support in Sweden for terrorist groups by sympathizers has been raising tensions between the two countries, actions which Ankara has repeatedly warned would jeopardize Stockholm’s NATO membership process.

A scandalous mid-January protest in Stockholm wherein an effigy of President Erdoğan was hanged by its feet in front of the city hall has particularly impaired negotiations with Saturday’s Qur'an burning session as the boiling point.

Türkiye summoned the Swedish ambassador and canceled a visit by Swedish Parliament Speaker Andreas Norlen, as well as Defense Minister Pal Jonson to Ankara. Amid an outpouring of international denouncements, dozens of Turkish officials, including defense and foreign ministers as well as opposition party leaders, slammed Sweden for enabling Paludan.

Swedish Prime Minister Ulf Kristersson tweeted late on Saturday that freedom of expression was crucial to democracy but added that “what is legal is not necessarily appropriate."

"Burning books that are holy to many is a deeply disrespectful act. I want to express my sympathy for all Muslims who are offended by what has happened in Stockholm today,” said Kristersson.

However, Türkiye remains incensed about the incident, and Sweden’s bid to ascend to NATO seems more perilous than ever.

Sweden has also been drawing Türkiye’s ire by failing to take legal steps after a group of PKK terrorist supporters hung an effigy of Erdoğan in the capital during a provocative rally, which many officials condemned as “racist propaganda” and argued that it was a “concrete display” of Sweden’s failure to adhere to its NATO deal.

The PKK is listed as a terrorist organization by Türkiye, the European Union, the U.K. and the United States and is responsible for the deaths of 40,000 people, including women, children and infants.

Sweden's Defense Minister Pal Jonson said he is planning to visit Türkiye this week, amid ongoing tensions between the two countries. Turkish Parliament Speaker Mustafa Şentop had previously canceled a visit by his Swedish counterpart over YPG/PKK propaganda, but no statement has been made whether Jonson's visit would be canceled over weekend's protests.