No talks with Turkish Cypriots being ignored: Turkey's AK Party 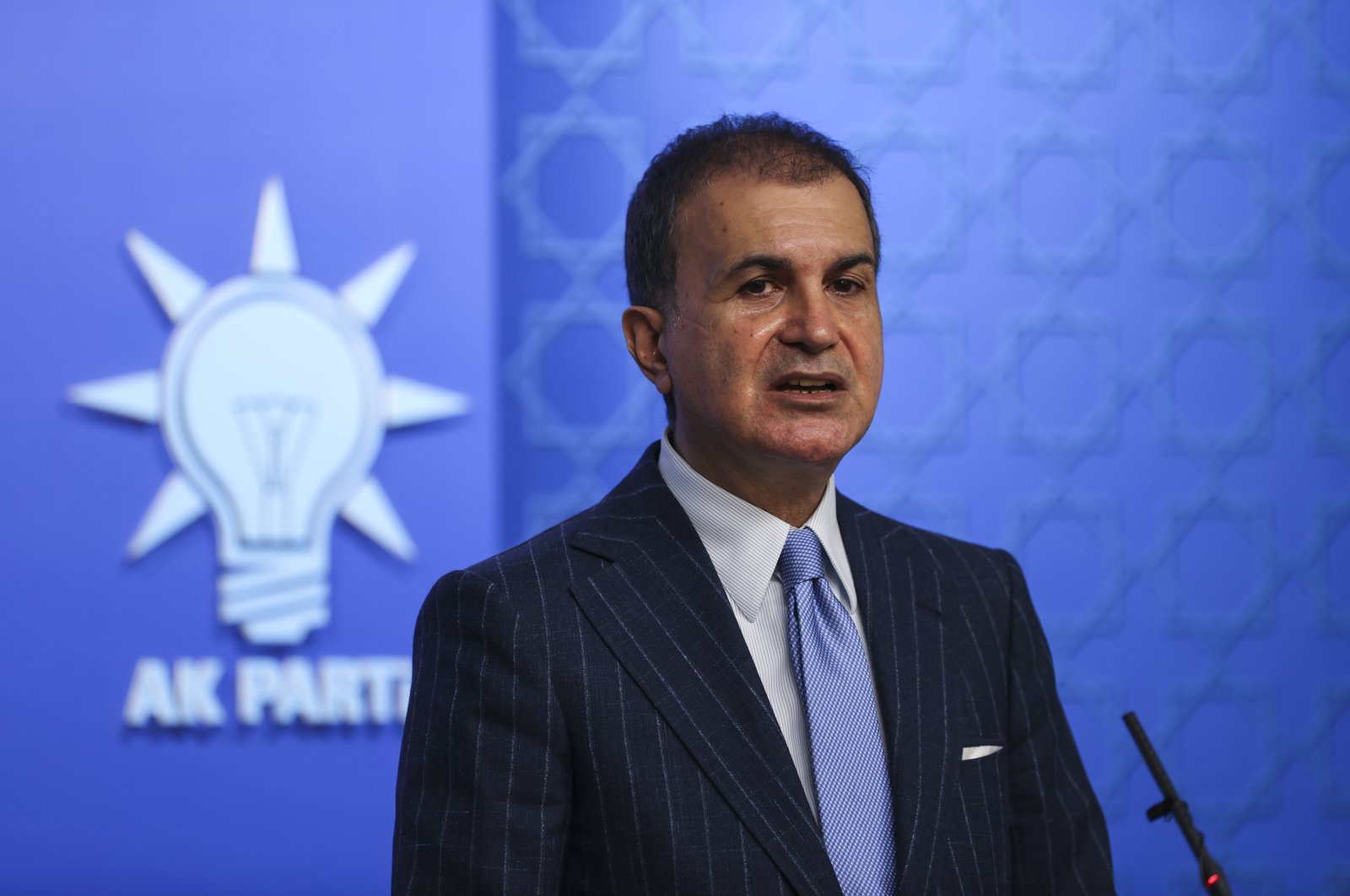 Ömer Çelik, the spokesperson for the ruling Justice and Development Party (AK Party), speaks during a press conference after a meeting of the party's Central Executive Board, in capital Ankara, Turkey, May 3, 2021 (AA Photo)
by DAILY SABAH WITH AA May 03, 2021 11:09 pm
RECOMMENDED

No negotiations of any kind are possible with a view that ignores the Turkish Cypriots, the Turkish Republic of Northern Cyprus (TRNC) or their just cause, Ömer Çelik, spokesperson for the ruling Justice and Development Party (AK Party), told reporters late Monday in the capital Ankara after a meeting of the party's Central Executive Board.

Rejecting the Greek Cypriot stance on the Cyprus issue, the official stated that there would not be any negotiations with an approach that fails to recognize Turkish Cypriots.

Çelik added that the TRNC should be recognized as a state that has an equal international vision and status.

Cyprus has been mired in a decades-long dispute between Greek and Turkish Cypriots, despite a series of diplomatic efforts by the United Nations to achieve a comprehensive settlement.

Recently, an informal meeting on Cyprus took place in Geneva, with the U.N. chief seeking "common ground" for the resumption of talks to find a lasting solution to the decades-old dispute.

U.N. Secretary-General Antonio Guterres held separate meetings with the leaders of the Turkish and Greek Cypriots.

Ersin Tatar, president of the Turkish Republic of Northern Cyprus (TRNC), called his meeting with Guterres "productive," and said his side conveyed its views on the dispute to the U.N. chief.

The island of Cyprus has been divided since 1974 when a Greek Cypriot coup was followed by violence against the island's Turks and Turkey's intervention as a guarantor power.

The Greek Cypriot administration, backed by Greece, became a member of the European Union in 2004, although most Greek Cypriots rejected a U.N. settlement plan in a referendum that year, which had envisaged a reunited Cyprus joining the EU.