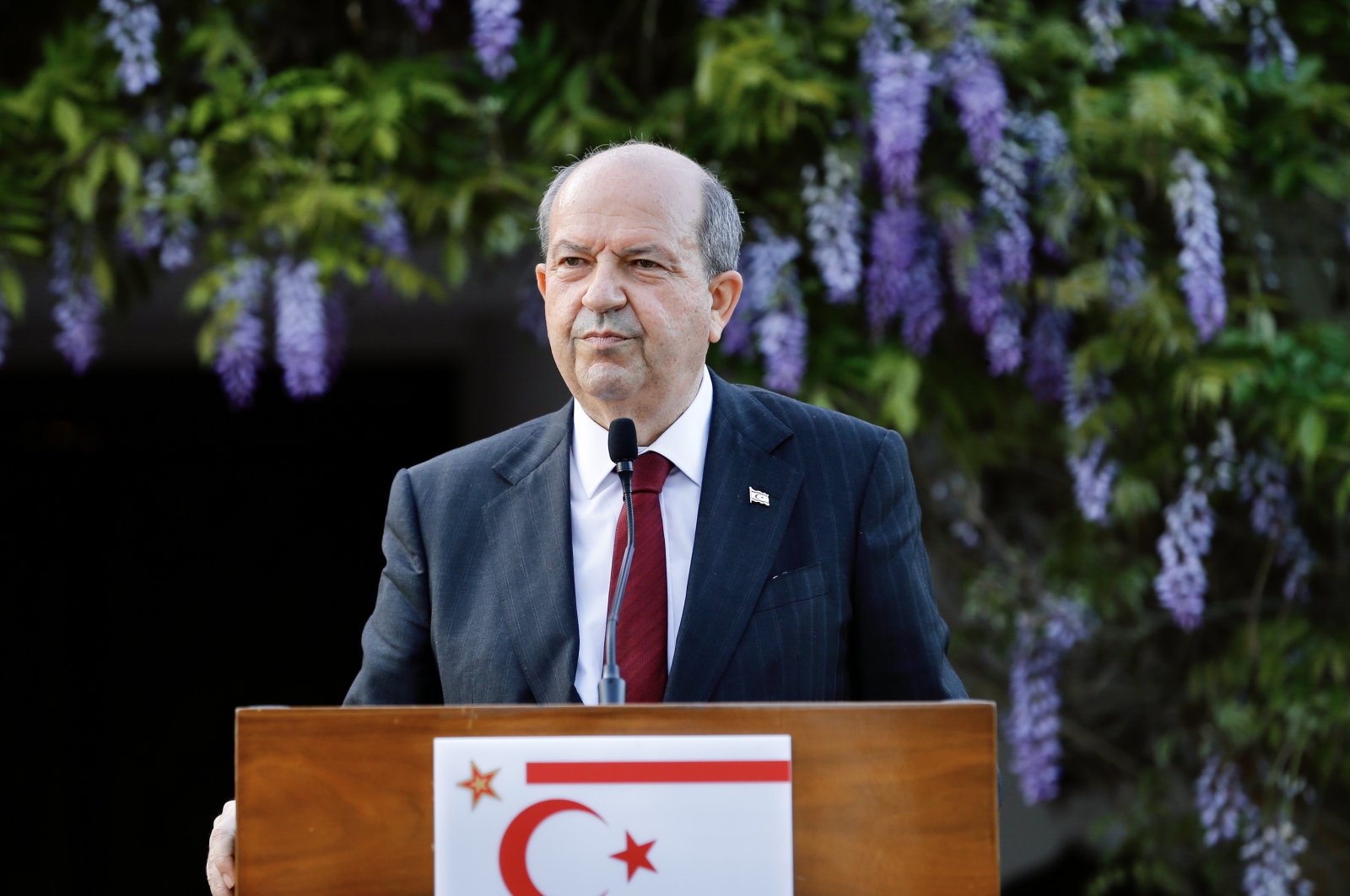 The Turkish Republic of Northern Cyprus (TRNC) will be going to Geneva with a stronger hand, President Ersin Tatar said Sunday as he discussed the country's political, economic, social and cultural transformation in an online meeting titled "The Strategic Vision of the TRNC" organized by Eurasia Economic Relations Association.

Northern Cyprus will go to Geneva with a new vision, including cooperation based on the sovereign equality of the two states, and this is a significant step, said Tatar regarding the informal, Cyprus-themed conference.

The conference is held under the leadership of the U.N. with the participation of the guarantor countries on April 17-19 in Geneva, Switzerland.

"With Turkey's growing power in the region and its support for the TRNC, we are going stronger to Geneva at a point of further moving our state forward," noted Tatar, saying that at the heart of the new vision lies the struggle of the Turkish Cypriot people, martyrs, labor, sacrifice, and the right to self-determination.

He said it is no longer possible to return to a negotiation process on the basis of a federation, which ended with the Greek Cypriots leaving the table in Crans Montana, and that the efforts toward a federation have been exhausted.

In a new vision based on the cooperation of two sovereign equal states, Tatar said the two states envisage working in cooperation in many areas, such as water, natural gas, criminal events, and electricity.

The EU in the period of the Annan Plan made many promises to the Turkish Cypriots in return for voting in favor in the referendum, but none of them was fulfilled, recalled Tatar.

Stressing that this move by the EU was not fair as it gave the Greek Cypriots with a small population the right of veto in the case of Turkey's EU membership process, Tatar said it is not possible to talk about the neutrality of the EU because of this.

He emphasized that the Turkish Cypriots have continued their struggle with determination and a fighting spirit despite all embargos and isolation they have faced while adding that in the last 25 years, investments in the TRNC have increased, and developments in the service sectors such as tourism and higher education as well as in construction have continued.

Higher education 'area that needs to be developed'

Tatar said the TRNC continues to be an important tourist destination with the reopening process of the closed town of Maraş (Varosha).

"Students who come from more than a hundred countries to our country and study become honorary representatives of the TRNC when they return to their country. Higher education is an area that needs to be further developed both for its contribution to the country's promotion and the economy," he stressed.

The reopening of Maraş after 46 years has been a service to humanity, Tatar said, noting that property owners can claim their rights by applying to the Real Estate Commission (TMK) under international law.

He also said many foundation properties in the region during the British Colonial Rule changed hands in violation of the Charter of Foundations, so the Cyprus Foundation Administration could seek its right also by applying to the TMK.

He noted that the Turkish TV series "Bir Zamanlar Kıbrıs" (Once Upon a Time in Cyprus), which had started to be screened by Turkey's state TV channel TRT1 as of April 1, is an effective way to show everyone the just struggle of the Turkish Cypriots.

"The Turkish people of Cyprus are people who adhere to their religion and faith," Tatar said, responding to a question on Quran courses that are banned in the TRNC.

He said the courses on the Muslim holy book will continue, and if there is a legal deficiency, he wants them to be eliminated by meeting with the prime minister and the national education and culture minister, and that the courses will be conducted under the authority of the Presidency of Religious Affairs and the supervision of the Education Ministry.

Tatar also noted that secularism is important for everyone to practice their religion and freedom of conscience.