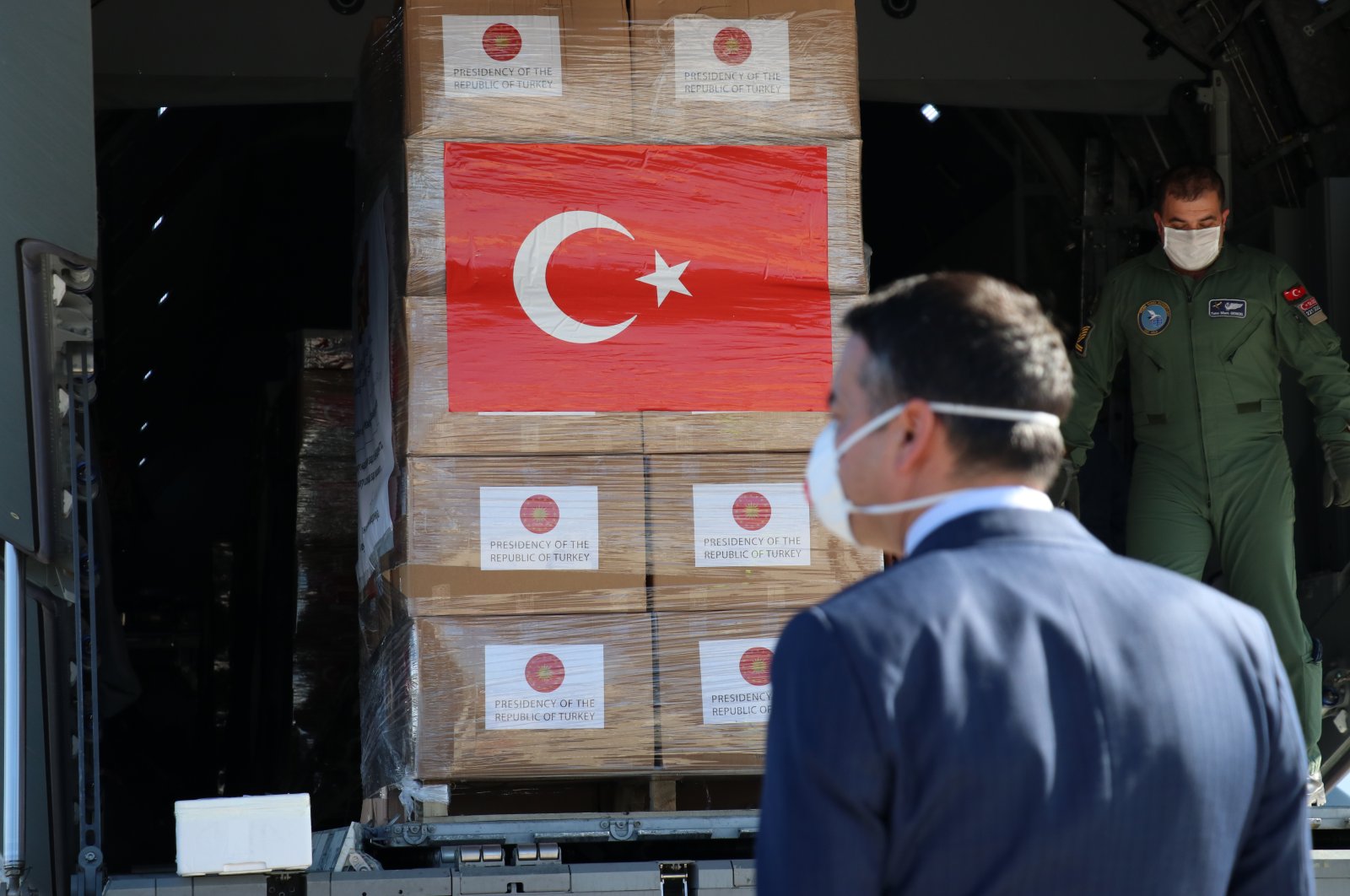 The medical aid sent by Turkey to North Macedonia unloaded from the cargo plane on Wednesday, April 8, 2020. (AA Photo)
by Anadolu Agency Apr 09, 2020 8:31 am
Edited By Nurbanu Tanrıkulu Kızıl

North Macedonia thanked Turkey on Wednesday for sending medical supplies to help it deal with the novel coronavirus pandemic.

Foreign Minister Nikola Dimitrov expressed his gratitude on Twitter to his Turkish counterpart Mevlüt Çavuşoğlu and Turkey for its assistance in the fight against COVID-19.

Dimitrov also quoted the words of 13th-century poet Mevlana Rumi: "There is hope after despair and many suns after darkness."

"A friend in need is a friend indeed. Standing always by brotherly North Macedonia," Çavuşoğlu said on Twitter in response.

On Wednesday, Turkey delivered medical supplies such as masks, overalls and test kits prepared by the Health Ministry to Serbia, Bosnia and Herzegovina, Montenegro, North Macedonia and Kosovo.

Turkey previously sent medical aid to Italy and Spain, the countries in Europe worst hit by the virus.

There are more than 1.5 million confirmed infections worldwide and more than 88,000 deaths, according to U.S.-based Johns Hopkins University.