Number of refugees heading to Europe from Turkey reaches 80,888 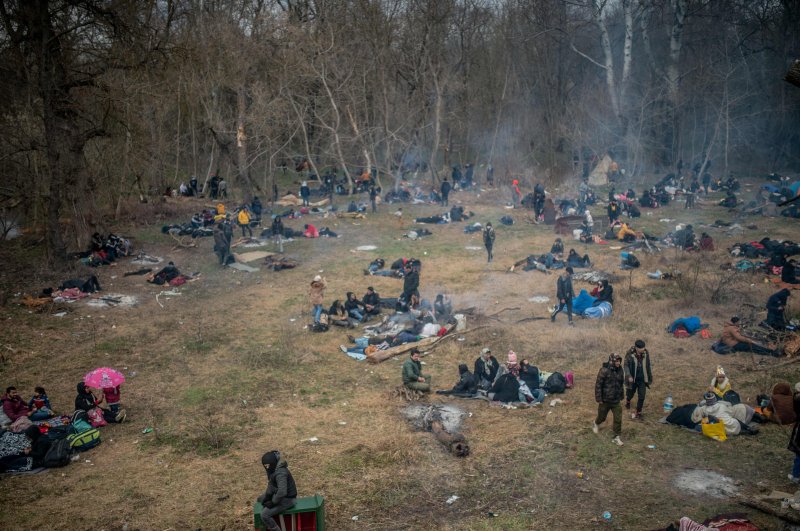 The number of refugees who decided to move toward Europe, making it to the Turkish-Greek border gates reached 80,888 since Turkey’s change of policy regarding the border crossings last week, Turkey’s presidential communications director Fahrettin Altun said on Sunday.

“Turkey continues to implement “temporary protection” for Syrians in our country. None of our Syrian brothers and sisters have been asked to leave. If they choose to stay, they can. If they choose to leave, they can,” Altun said, adding that still, the country has modified its policy and will no longer stop refugees from leaving Turkey.

“Some of these refugees decided to leave following this change of policy. The number of those who left Turkey for Europe in the past several days is 80,888. This number may increase in the following days,” he said, updating the number of people who tried to cross the border.

Altun also underlined that Turkey can no longer accept additional refugees from the Idlib region in Syria and yet, still, the country is ready for any irregular migration flows from its southern border.

“Europe and others must take robust action to address this monumental challenge. We can’t be expected to do this on our own,” he expressed, indicating disappointment over the international community that left Turkey to face their refugee burden alone.

“Starting with the EU, many of our allies are not sharing this burden by honoring their political and humanitarian responsibilities. We are not getting any substantial support in our efforts to prevent further humanitarian suffering in Idlib and elsewhere in Syria,” Altun said.

According to Altun, despite many calls that have been made from Turkey to the Western world seeking assistance to handle the refugee issue, these cries for help have been mostly ignored, leading the country to eventually take such a decision to let the refugees go.

“As our calls have been largely ignored, promises unkept, and our forces targeted on the ground, we have no more patience for empty rhetoric and lack of tangible support. We can no longer accept the attitude that millions of IDPs and refugees are somehow our problem only,” he emphasized.

Turkey announced on Friday that it will no longer halt migrant crossings to Europe after 34 soldiers were killed in an attack by Assad regime forces in northwestern Syria’s Idlib province.

Turkey has intercepted 1.2 million irregular migrants and over 27,000 human traffickers over the past five years, according to data by the Directorate General of Migration Management.

Turkish officials have criticized European countries for ignoring calls to take action to prevent the humanitarian crisis in Idlib.

More than a million Syrians have moved toward the Turkish border due to Assad regime attacks which indiscriminately target civilians, hospitals, schools and other infrastructure.