Only Turkish nation, not US, can opt to change leader, Turkey’s top diplomat says 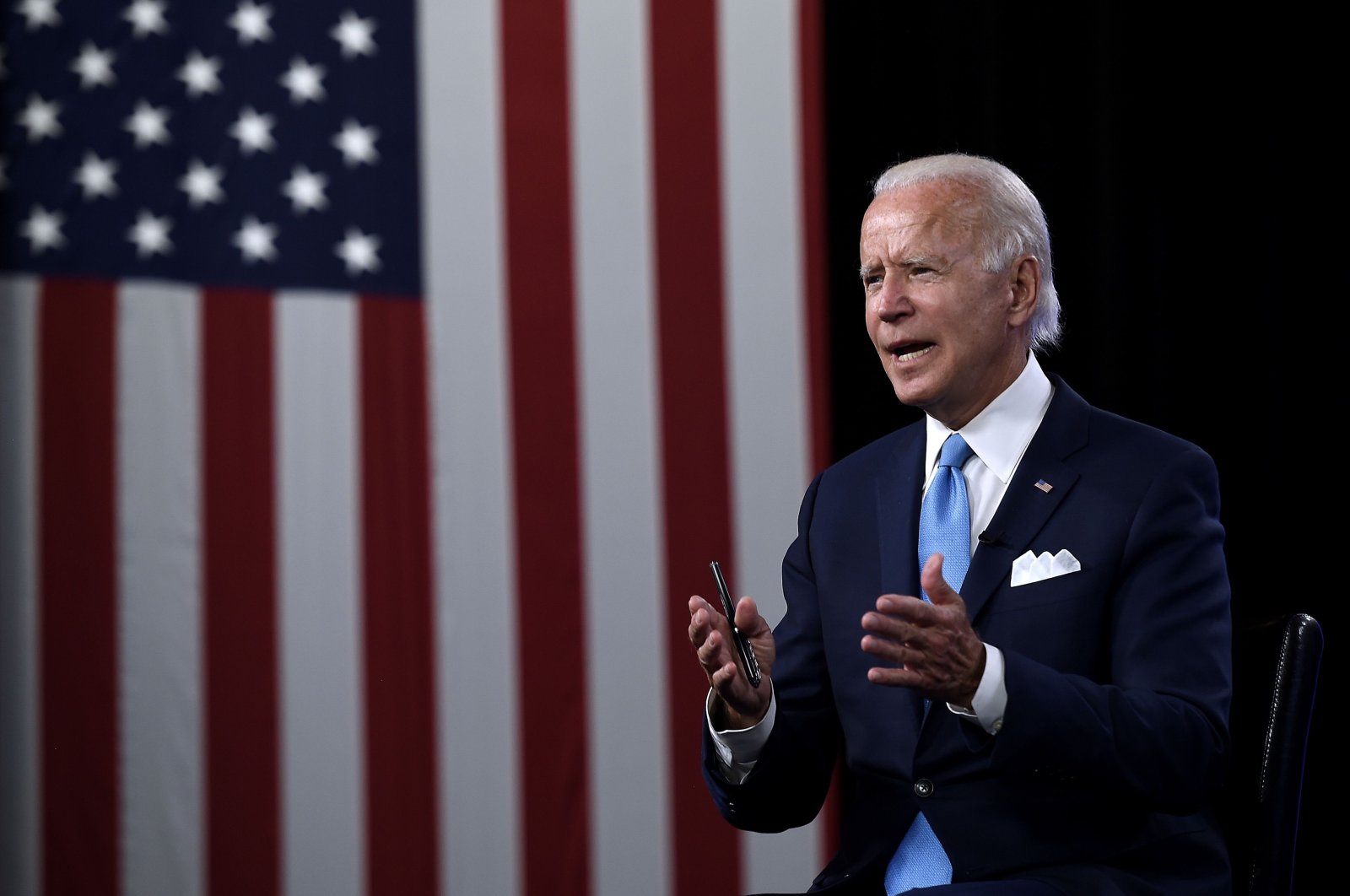 As Turkey's top diplomat underlines that the country no longer allows foreign intervention in its politics, one expert says there will be no major changes in U.S. foreign policy toward Turkey and the region even if U.S. presidential candidate Joe Biden is elected

Only the Turkish nation, not someone from the U.S. or another country, can decide to change its government and president, Foreign Minister Mevlüt Çavuşoğlu said Sunday, following the emergence of U.S. presidential front-runner Joe Biden's controversial remarks on Turkey.

"We strongly reject such impositions," Çavuşoğlu told Anadolu Agency (AA) following his meeting with U.S. Secretary of State Mike Pompeo in the Dominican Republic, adding that Biden's remarks that he could support opposition to topple President Recep Tayyip Erdoğan in the 2023 elections are "ignorant" and fail to recognize the Turkish nation.

He also said it was "strange" that a person who has been nominated to lead the U.S. made such "ignorant comments" on Turkey, and that he doesn't know the truth about his own country.

In a video clip that went viral, presumptive U.S. Democratic presidential candidate Biden said: "We can support those elements of the Turkish leadership that still exist and get more from them and embolden them to be able to take on and defeat Erdoğan. Not by a coup, not by a coup, but by the electoral process."

Referring to Biden's "not by a coup" remark, Çavuşoğlu said he understood this to mean: "We tried a coup in the past, it didn't happen. So now let's change tactics and methods."

Biden's remarks, recorded last December but first reported Saturday, drew condemnation from the entire political spectrum in Turkey, including both the government and opposition.

Çavuşoğlu stressed that Turkish elections are held democratically and transparently, adding that Turkey now has the power both in the field and at the negotiating table.

"We know that the U.S., from the past to date, since the 1960s has attempted to topple governments in Turkey that Washington thought acted in contradiction with U.S. interests. They did so through supporting certain circles and coups," Nebi Miş, the director of political studies at the Foundation for Political, Economic and Social Research (SETA) told Daily Sabah. He added that in the past, U.S. bureaucrats tried to interfere in Turkish politics. One example was the letters of the U.S. ambassador to Turkey that indicated he played a role in the 1980 coup.

He said Turkey similarly was aware of U.S. relations with the Gülenist Terror Group (FETÖ) that attempted a coup in 2016. "Such statements were prevalent, however, for the first time, a presidential candidate openly accepted that the U.S. is behind coups and even normalized this in his speech."

Miş added that the U.S. understood Turkey’s ruling party cannot be toppled through internal and external attacks and therefore underlined that Erdoğan had to be unseated not through coups but by supporting the opposition.

"Turkey’s society, Turkey’s politics has changed," Miş added, "They saw that Erdoğan could not be defeated through coups and now seek to apply political engineering by supporting certain opposition groups."

Another topic subject to scandalous statements by Biden was the issue of terrorist groups threatening Turkey’s national security.

Trump "yielded" to Turkey, said Biden, adding: "And the last thing I would've done is yielded to him with regard to the Kurds. The absolute last thing." Biden's remarks illicitly conflated "Kurds" with the terrorist group YPG/PKK in northern Syria, a group that attacks Turkish security forces, kidnaps children, including many Kurds, and has tried to set up a terrorist statelet along Turkey's borders.

The U.S. has primarily partnered with the YPG/PKK in northeastern Syria in the fight against the Daesh terrorist group. Turkey strongly opposes the YPG/PKK's presence in northern Syria, which has been a major sticking point in strained Turkey-U.S. relations. The U.S. has provided military training and thousands of truckloads of weaponry to the YPG/PKK, despite its NATO ally's security concerns.

After announcing the withdrawal of U.S. troops from Syria twice, President Donald Trump has added more complexity to the U.S. military's mission in the region by claiming a right to Syria's oil.

The PKK, which is listed as a terrorist organization by Turkey, the U.S. and the European Union, has waged a terror campaign against Turkey for more than four decades and has been responsible for the deaths of nearly 40,000 people, including women and children. The YPG is the Syrian offshoot of the PKK terror group.

The controversy over Trump’s Syria pullout has contributed to a climate of chaos in Washington, where Democrats heavily criticized the decision.

“I do not believe there will be a major change in U.S. policies toward Turkey even if Biden is elected,” Miş stated, saying that though politicians determine the course of policies, the U.S. establishment is the main player in regulating U.S. foreign policy and therefore a great change could not be expected for Washington’s regional policies and policies vis-a-vis the Middle East.

He said still Biden was more hawkish toward Turkey while Trump had a more constructive approach toward dialogue and negotiations with the Turkish side.

Turkish-U.S. relations have been under strain for several reasons, such as Ankara's purchase of Russian S-400 missiles, counterterrorism operations in northern Syria against the YPG/PKK, a terrorist group the U.S. has supported in its operations against Daesh despite Turkish objections, and the U.S. refusal to extradite FETÖ leader Fetullah Gülen, accused of masterminding a 2016 defeated coup against Turkey that cost the lives of hundreds.

Biden is currently ahead in most U.S. polls, but the Nov. 3 presidential election is still months away.