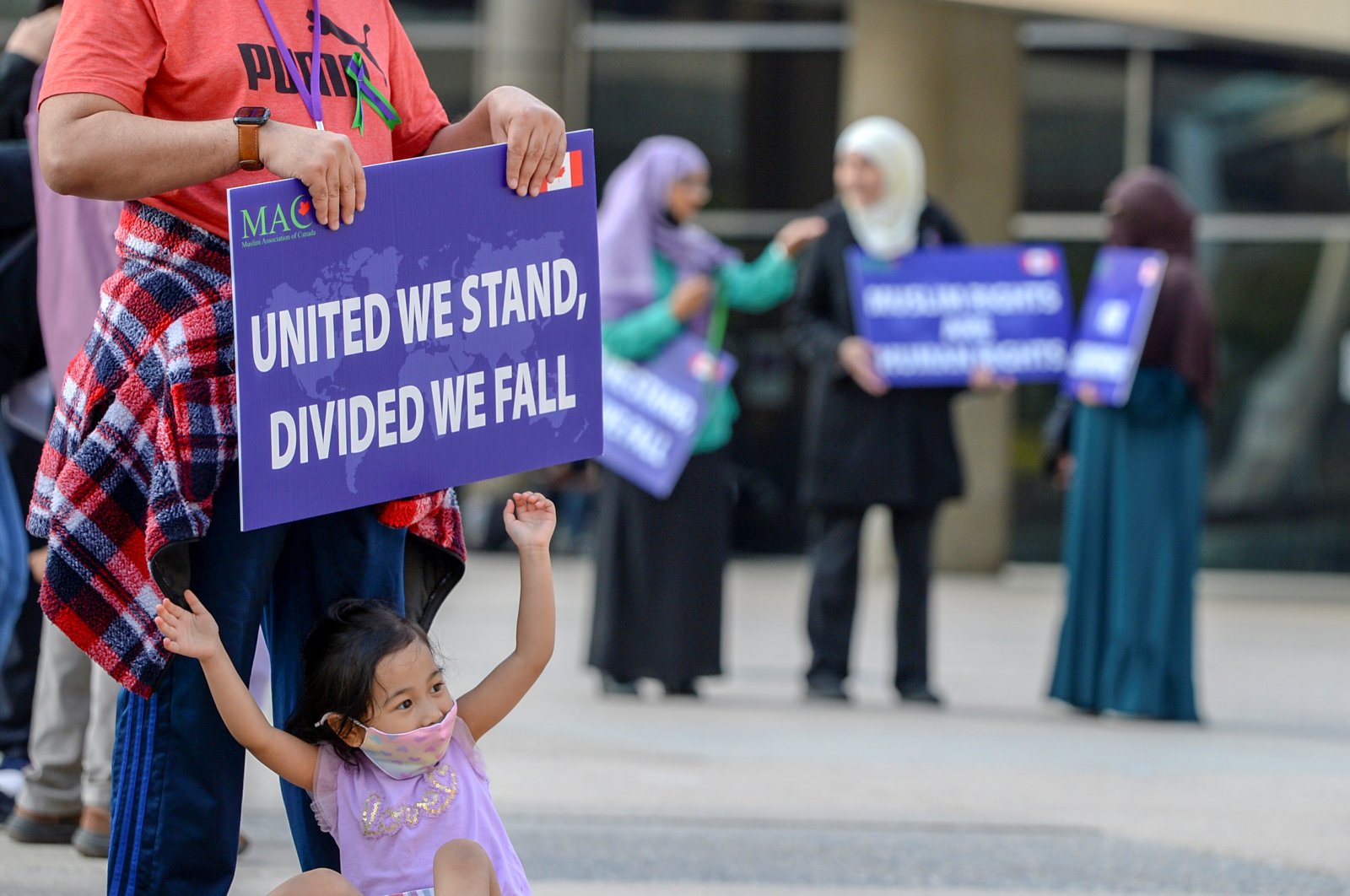 People attend a rally to highlight Islamophobia, sponsored by the Muslim Association of Canada, in Toronto, Ontario, Canada, June 18, 2021. (REUTERS Photo)
by Anadolu Agency
Jul 09, 2021 11:27 am

The Organization for Security and Co-operation in Europe Parliamentary Assembly (OSCE PA) has adopted a draft resolution including wording on the fight against anti-Muslim hatred at a plenary session, the head of the Turkish OSCE PA delegation said Thursday.

Speaking about the two-day plenary session of the OSCE PA, which began Monday in Austria's capital, Vienna, Selami Altınok said the election of the assembly and general committee officers was held and urgent items on the agenda were also discussed.

Regarding a resolution of a U.S. parliamentarian on antisemitism and xenophobia, Turkey and Azerbaijan objected to the absence of an expression on the fight against Islamophobia and the use of the word "genocide" in a way that would cause a misunderstanding.

With the cooperation of the U.S. parliamentarian, the text of the proposal was amended after the reservations of the Turkish and Azerbaijani parliamentarians were taken into account by the committee.

"In the text, we placed phrases on fighting against anti-Muslim hatred. We removed any misconceptions about genocide. Indeed, we ensured that a draft resolution passed at the plenary session as desired by Turkey and the Islamic world," he said.

The motion, which no one objected to, was unanimously passed, he said, adding Azerbaijan and Turkey set a good example of cooperation in this regard.

The passing of the amended draft at the plenary session was one of the most important achievements of the meeting, he added.

Meanwhile, the team that will chair the OSCE PA for a year was elected at the meeting, he said, adding the Kazakh parliamentarian, which Turkey also supports, is one of the new vice presidents.