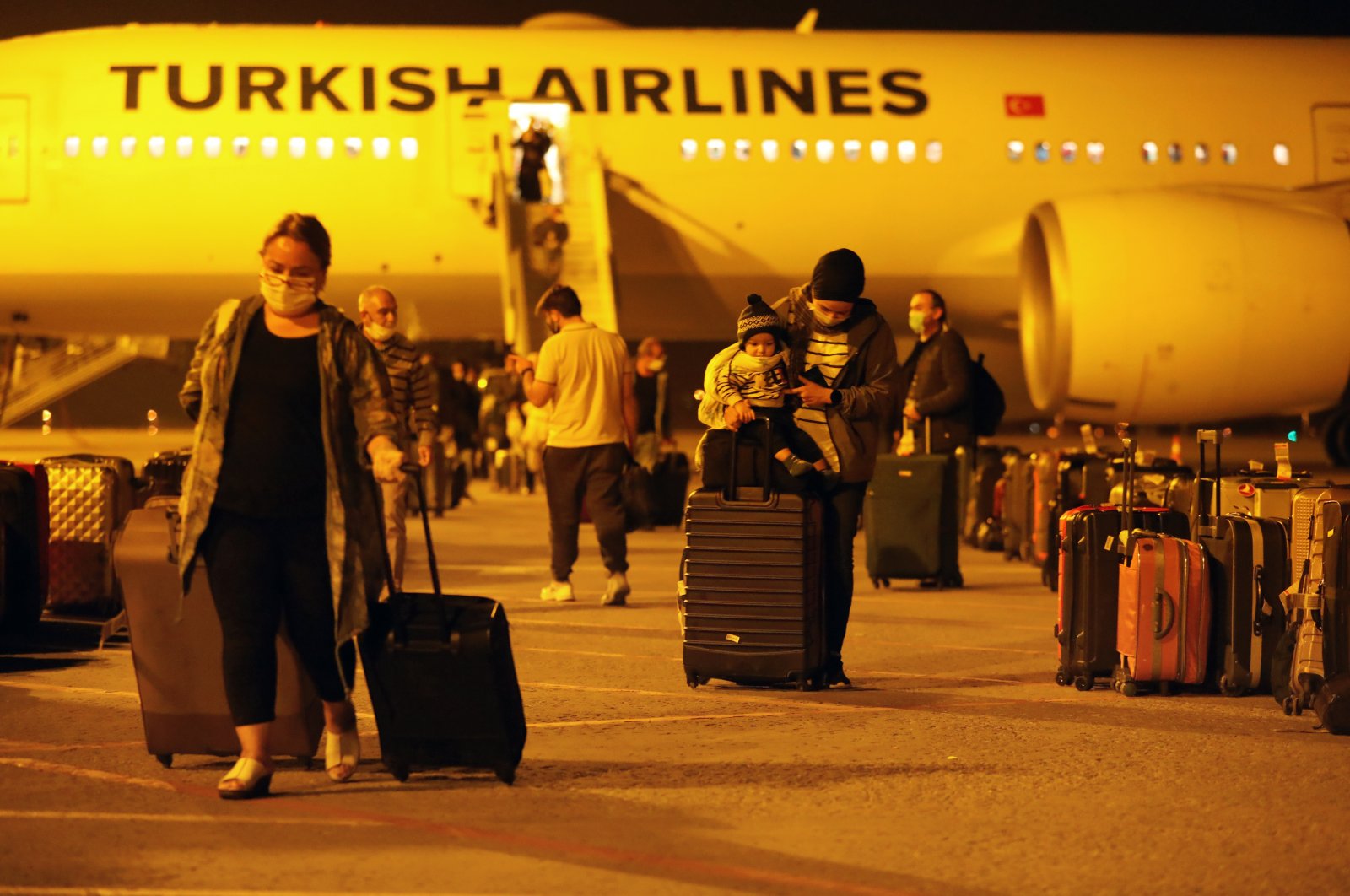 More than 40,000 Turkish nationals have been repatriated from 75 countries since the beginning of the COVID-19 pandemic, Turkey’s Ministry of Foreign Affairs announced Saturday.

“As of April 24, 2020, a total of 23,530 citizens are (under quarantine) in dormitories belonging to the General Directorate of Higher Education Student Loans and Dormitories (KYK). 32,530 citizens whose monitoring processes have been fulfilled have been discharged from the relevant dormitories,” the ministry said in a statement.

Efforts launched to temporarily repatriate all Turkish citizens located abroad would continue, the ministry said, adding that 5,038 citizens had returned to Turkey between April 23 and 24 alone. The statement added that 10 citizens had passed away abroad over the same period, without specifying their causes of death.

Some 10,000 citizens are expected to be brought back to Turkey over the next week as part of a recently unveiled plan to repatriate 25,000 Turkish expats from 59 countries so they can spend the Islamic holy month of Ramadan at home with their families.

According to data compiled by the country's official Anadolu Agency, at least 777 Turkish nationals were repatriated from Morocco, Algeria, Italy and the U.S. early Saturday as part of ongoing efforts.

A total of 277 returned from Morocco on a special Turkish Airlines (THY) flight that arrived in Ankara. Following mandatory health checks, the passengers were transported to the central province of Aksaray to be quarantined at a specially designated student dormitory.

A flight from Los Angeles returned 282 Turks to Ankara, including eight babies. A further 354 people, including seven babies, are currently on their way from Dulles International Airport in Washington D.C. to Ankara.

Meanwhile, in the eastern province of Malatya, 109 passengers, including nine Algerians, arrived from Algeria. Another flight with 194 Turkish citizens from Italy landed in the central Turkish province of Karaman. Passengers on all flights were taken to student dormitories to go under quarantine after disembarking.

On Friday, Turkey returned more than 3,800 nationals from several countries as part of its repatriation operation.

Since originating in China last December, COVID-19 has spread to at least 185 countries and regions.

The pandemic has killed more than 195,900 people, with total infections nearing 2.8 million, according to figures compiled by U.S.-based Johns Hopkins University. An excess of 781,300 people have recovered.