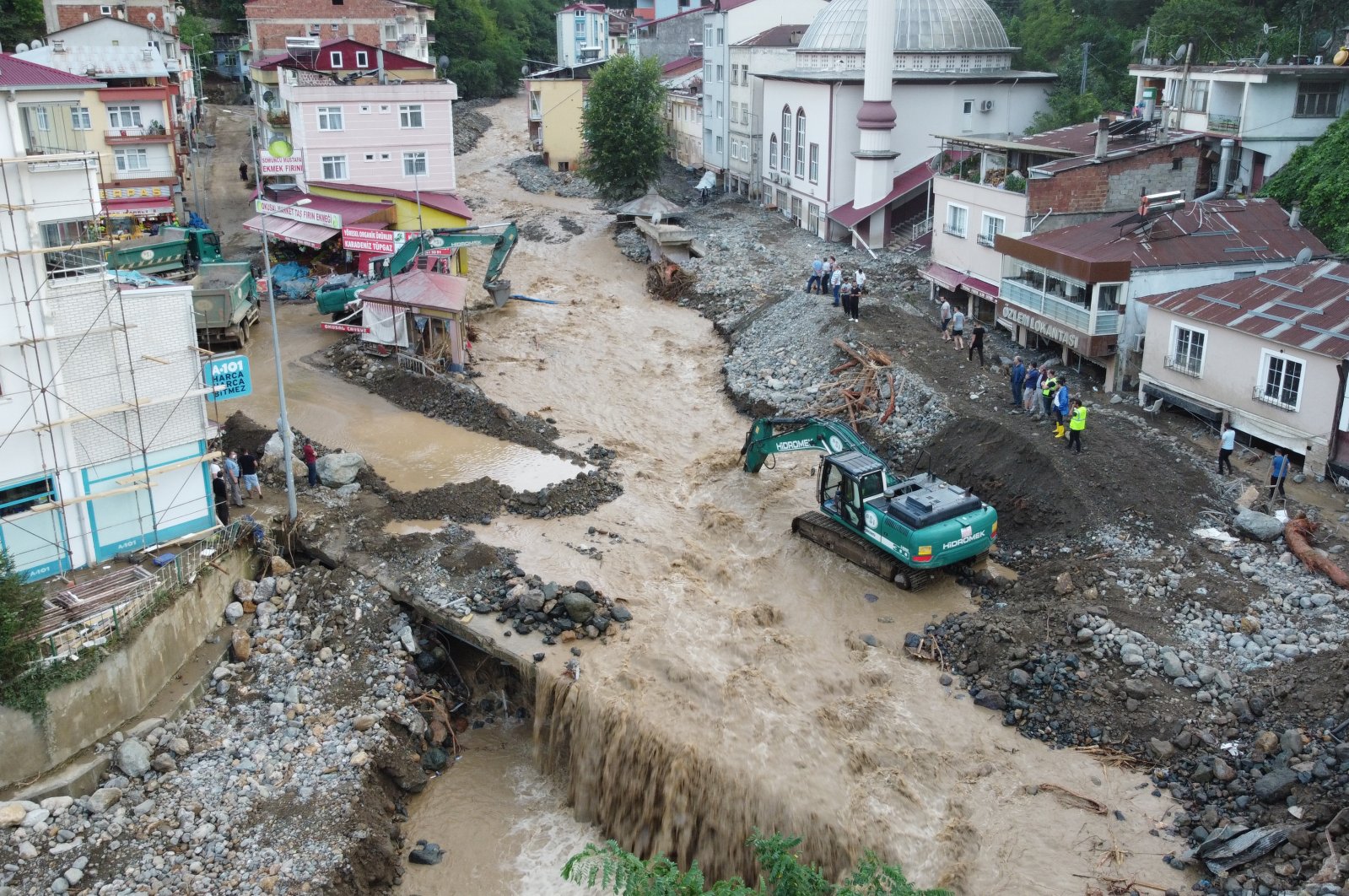 Pakistan on Sunday extended its condolences to Turkey over recent deadly floods in the country's Black Sea province of Giresun.

"The people & leadership of Pakistan are deeply saddened by the loss of precious lives caused by floods in Giresun, Black Sea region of Turkey. Our sincere condolences to the Turkish Government as well as to the bereaved families," the Embassy of Pakistan in Ankara said on Twitter.

At least six people, including two gendarmerie officials, lost their lives and 12 were injured due to the heavy floods.

Eleven people have been reported missing, with a total of 944 personnel deployed in rescue efforts, according to officials.

The floodwaters demolished 17 buildings and slightly damaged 361, dragging away vehicles caught in the drift.

Turkey's Disaster and Emergency Management Authority (AFAD) announced that rescue teams had been dispatched to Giresun in the first minutes of the natural disaster.