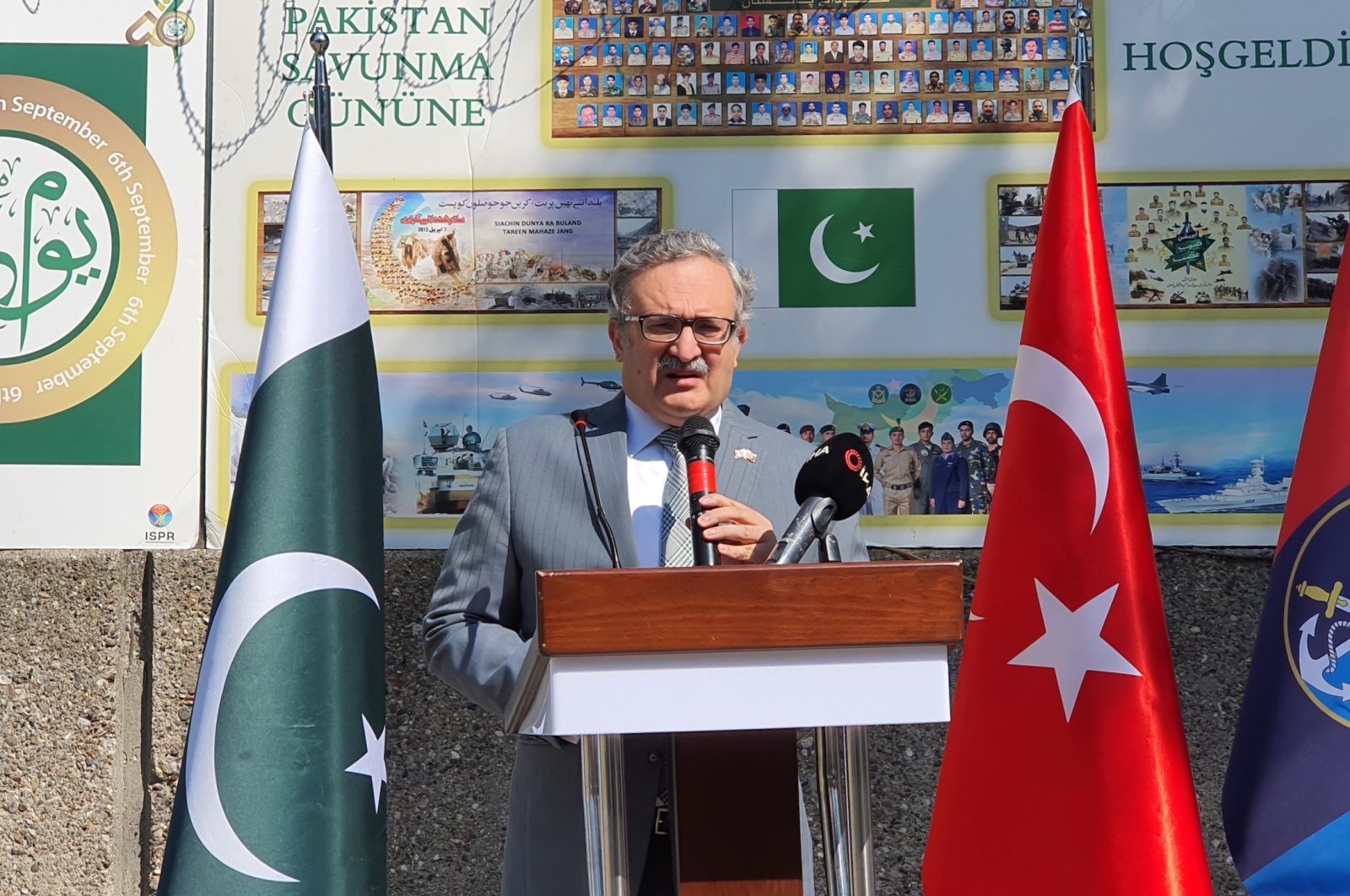 The Pakistani Embassy in Turkey's capital Ankara commemorated Defense and Martyrs Day on Monday, paying tribute to the soldiers who lost their lives while defending the South Asian nation.

Speaking at the event, Ambassador Syrus Sajjad Qazi said Pakistan's Armed Forces and the people of Pakistan stood together to defend the country on Sept. 6, 1965.

"Defense is not just about fighting on the battlefield, but making sure that those who fight for us are given the necessary moral and material support," he said.

"We put ourselves forward to defend our beloved homeland and will spare no sacrifice to uphold its freedom, independence and sovereignty," he added.

Expressing their deep respect to the Pakistani Armed Forces and the resilient Pakistani people for their great sacrifice, the leaders stressed that Sept. 6, 1965, was an example of courage and professionalism.

The leaders underlined that this courage, which thwarted the evil plans of the enemy, stood as a symbol of patriotism and devotion.

Noting that India consistently supports terrorism against Pakistan, they called on countries to hold India accountable for this unacceptable behavior.

Asking India to stop its atrocities in the illegal Indian-occupied Jammu and Kashmir region, they called on Kashmiris to be given their right to self-determination in line with U.N. Security Council resolutions.

Pakistan marks Sept. 6 every year to remember the sacrifices of the armed forces in defending the country during the 1965 war with India.

The war continued for 17 days and caused casualties on both sides. It was the largest engagement of armored vehicles and the largest tank battle since World War II.

Since then, the day dawns with a 31-gun salute in Pakistan's capital Islamabad and a 21-gun salute in provincial capitals, and special prayers are offered for the soldiers and civilians in the war.

'Stronger in face of challenges'

In a separate message, Prime Minister Khan said nations come out stronger in the face of challenges.

"The Pakistani nation stood out too, strong and resolute when the enemy in 1965 challenged our existence," he said.