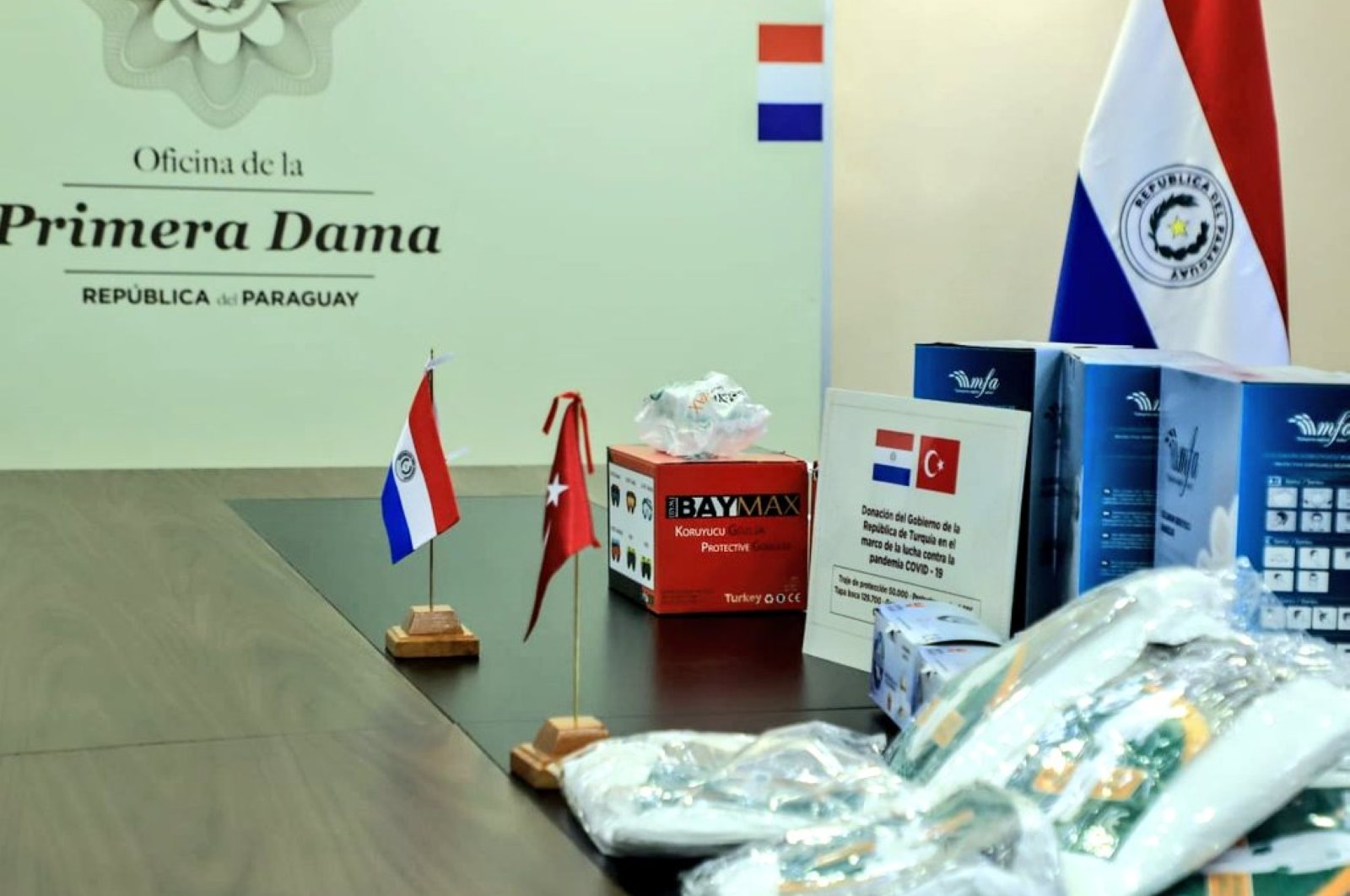 Paraguay on Tuesday joined a long list of countries that have received medical aid from Turkey during the coronavirus pandemic.

The aid was provided through a bilateral cooperation agreement, signed in Ankara on May 6, at the request of Paraguay.

"More than 281,000 medical supplies were donated by the Government of Turkey to fight Covid-19. Special thanks to the First Lady, @EmineErdogan, for their generous show of support and affection towards our country," Paraguay's first lady Silvana Abdo said on Twitter.

As the COVID-19 curve flattens or falls in some parts of the world, the virus continues to spread rapidly across the Latin American region.

Paraguay has 1,392 confirmed cases and 13 deaths, according to a running tally by the U.S.-based Johns Hopkins University. It has recorded 903 recoveries.

Despite the ocean between them, Turkey and Paraguay recently tapped into their shared economic potential and are now ready to make up for the lost time.

After President Recep Tayyip Erdoğan's visit to see his Paraguayan counterpart Mario Abdo Benitez in December 2018, the two leaders developed a close friendship and decided to open embassies in Ankara and Asuncion.

Bilateral ties have already improved with various agreements between the two nations' trade associations and nongovermental organizations (NGOs) and the trade volume is expected to exceed $500 million soon.

As the fight against the pandemic continues, Turkey has come to the forefront as a humanitarian leader while still maintaining its domestic success against the coronavirus. Almost two-thirds of the world have requested medical supplies from Turkey in their fight against COVID-19 and nearly half of these requests have been met.