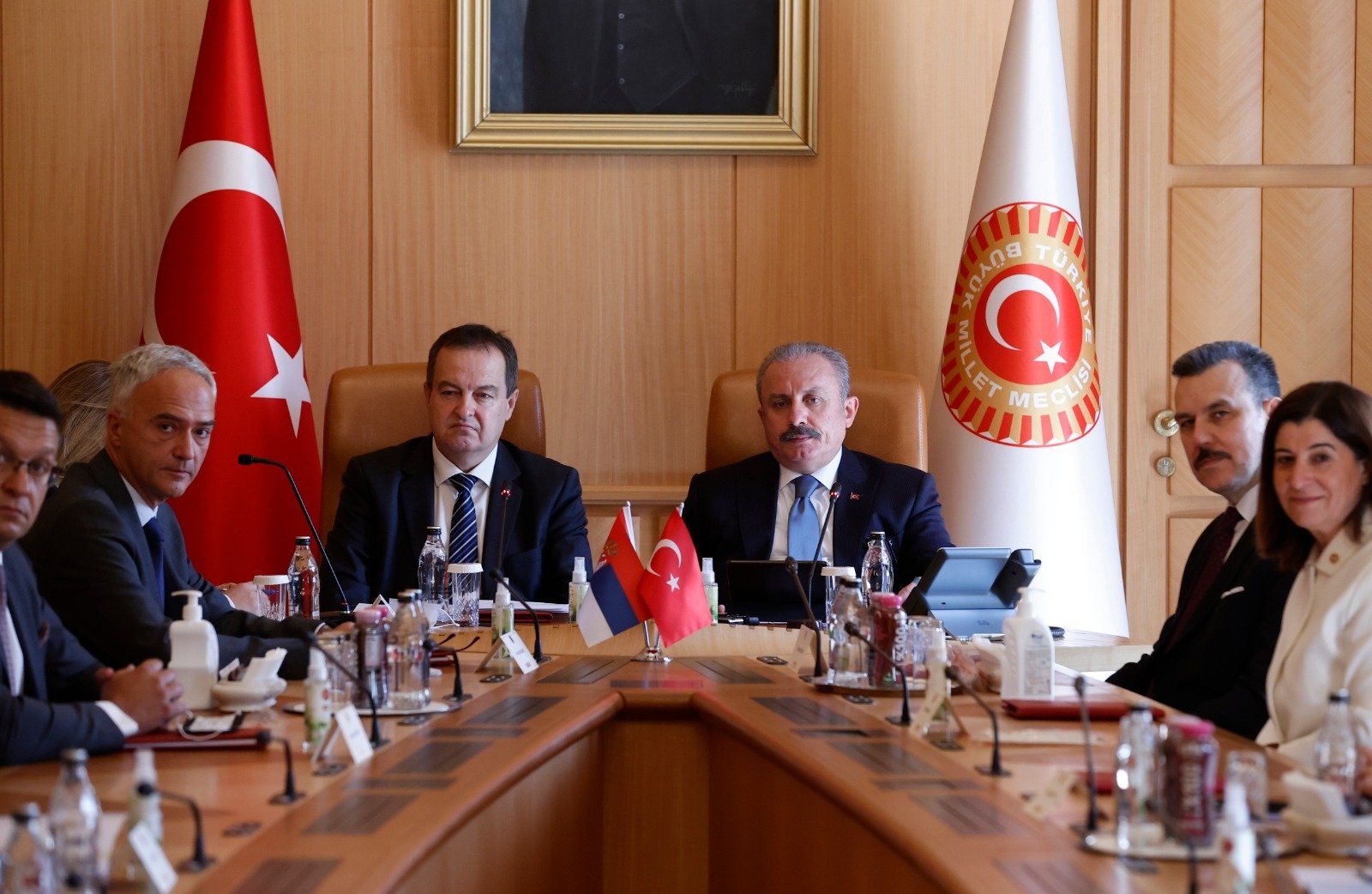 Parliament Speaker Mustafa Şentop said Ankara was pleased to see strong relations between Turkey and Serbia after he met with his Serbian counterpart in the capital Ankara on Monday.

“We see that our bilateral trade volume has reached $2 billion in a short period,” Şentop said, adding that the Serbia friendship committee has 304 seats at the 600-seat Turkish Parliament. He said the numbers prove the close relations between the two countries.

The parliament speaker also visited parts of the Turkish Parliament that were bombed by Gülenist Terror Group (FETÖ) soldiers on the night of July 15 failed coup attempt.

Serbian officials quickly condemned the coup attempt, which killed 251 people and injured thousands of others.

They have also pledged to take action against FETÖ presence in Serbia and have said they cannot find shelter in the country.