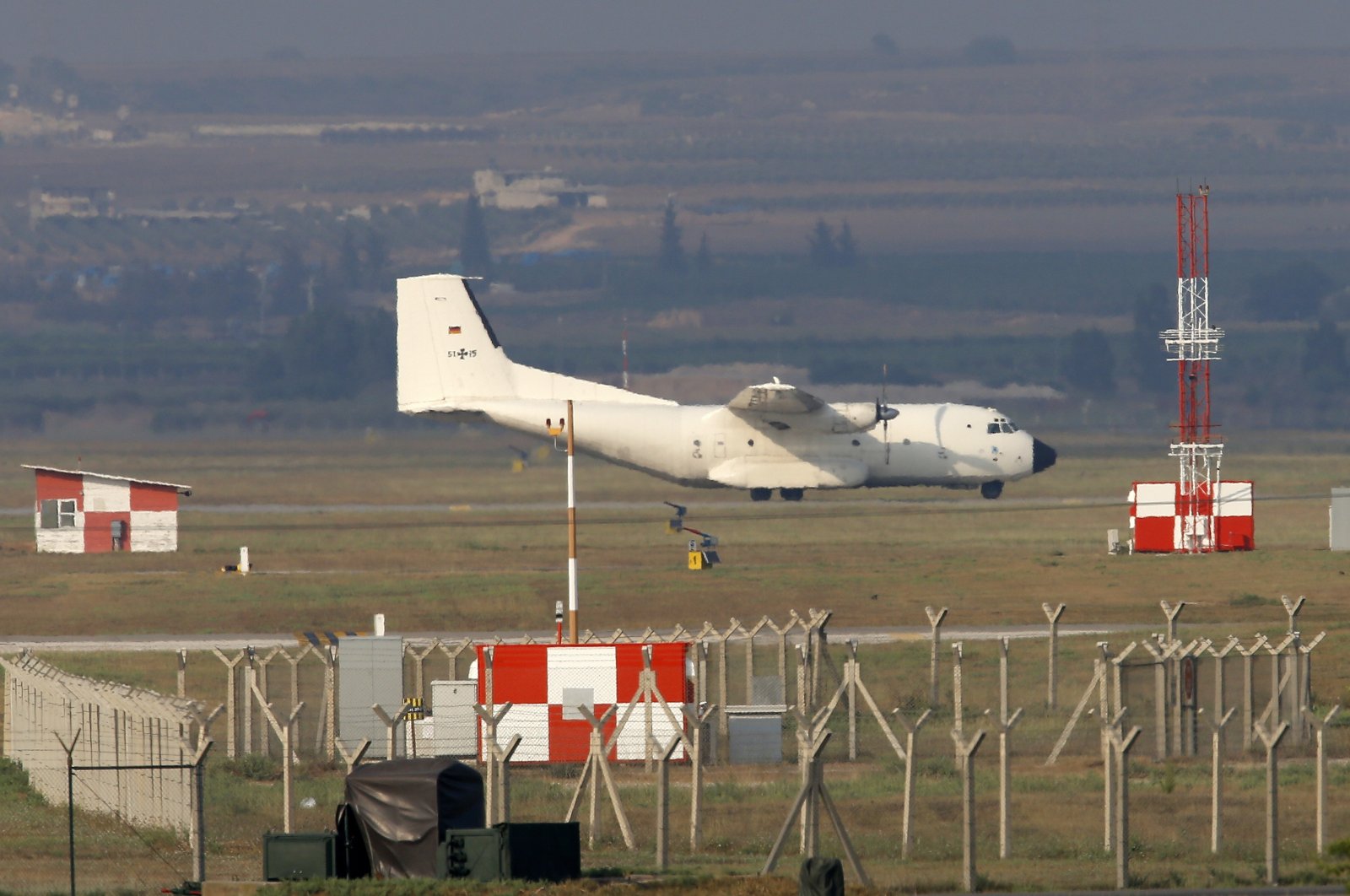 A German Air Force cargo plane maneuvers on the runway after it landed at Incirlik Air Base, on the outskirts of the city of Adana, southern Turkey, July 29, 2015. (AP File Photo)
by DAILY SABAH WITH AA Sep 16, 2020 9:19 am
Edited By Nurbanu Tanrıkulu Kızıl
RECOMMENDED

The Department of Defense Tuesday denied comments from a senior senator who suggested the United States is building up its capacity on a Greek island as a looming replacement for its presence at a Turkish air base.

Pentagon spokesperson Lt. Col. Thomas Campbell told Anadolu Agency (AA) that the U.S. "has no plans to end our presence at Incirlik Air Base" after Sen. Ron Johnson told the Washington Examiner newspaper that the U.S. was building up its presence at a naval base in Crete as an alternative.

"The U.S. has operated at Incirlik Air Base for decades at the invitation of the Turkish government, and our continued presence there demonstrates the ongoing and strong relationship between the United States and our NATO Ally Turkey," Campbell said in an email exchange.

Johnson, an influential Republican senator who chairs the Senate Homeland Security Committee, said in an interview published last week that U.S. officials were ramping up efforts to leave Incirlik amid tensions between Washington and Ankara that have been exacerbated by a series of issues.

Those include U.S. support for the YPG, the Syrian offshoot of the PKK terrorist group, Turkey's purchase of an advanced Russian air defense system and the subsequent U.S. decision to remove Turkey from the F-35 joint strike fighter program.

“We don’t know what’s going to happen to Incirlik. We hope for the best, but we have to plan for the worst,” Johnson told the Washington Examiner on Sept. 11.

Johnson noted that the U.S. wanted to maintain full presence and cooperation in Turkey and would not want to “make that strategic shift.”

“We're already looking at Greece as an alternative,” Johnson said, adding that the U.S. was increasing its presence in Souda Bay on the Greek island of Crete.

Located in Turkey's Adana province just 110 kilometers (about 68 miles) from the Syrian border, Incirlik Air Base has been a strategic base of operations since its establishment in 1954, playing a major role during the Cold War, the 1990-1991 Gulf War and the U.S.-led Operation Inherent Resolve targeting Daesh elements in Syria and Iraq.