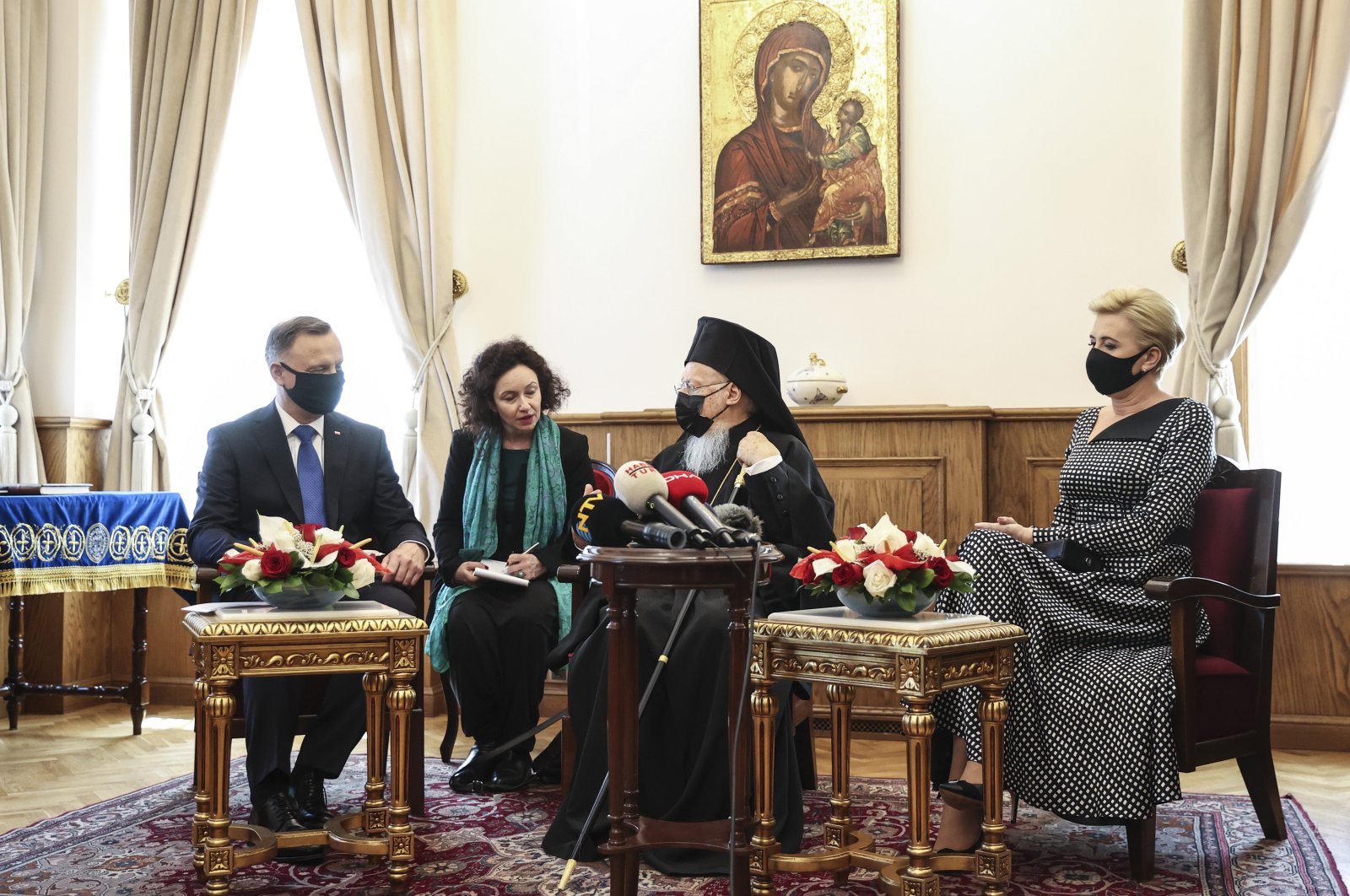 During their meeting with Fener Greek Orthodox Patriarch Bartholomew, Duda and his wife Agata Kornhauser Duda posed for a picture with the patriarch.

Speaking after the meeting, the patriarch said: "I am not a stranger to Poland anyway. We have a small Orthodox church there, headed by Metropolitan Sawa. I visited the beautiful country several times at (Duda's) invitation. I also received an honorary doctorate from the Catholic University and opened a newly built Orthodox church. On my last visit in 2019, I went to Auschwitz to participate in the march of the residents. You understand that our patriarchate and myself have a long history of relations with beautiful Poland. Pope John Paul II is a very important figure who united us and our churches."

Duda on Monday held a meeting with Turkish President Recep Tayyip Erdoğan. Following the meeting, Duda described Turkey as Warsaw's "strongest ally" in its region, saying he believes that the two countries can fend off outside threats from within NATO's framework.

Duda is also expected to visit Polonezköy, a village established by Polish emigres fleeing retribution after the 1830 uprising.