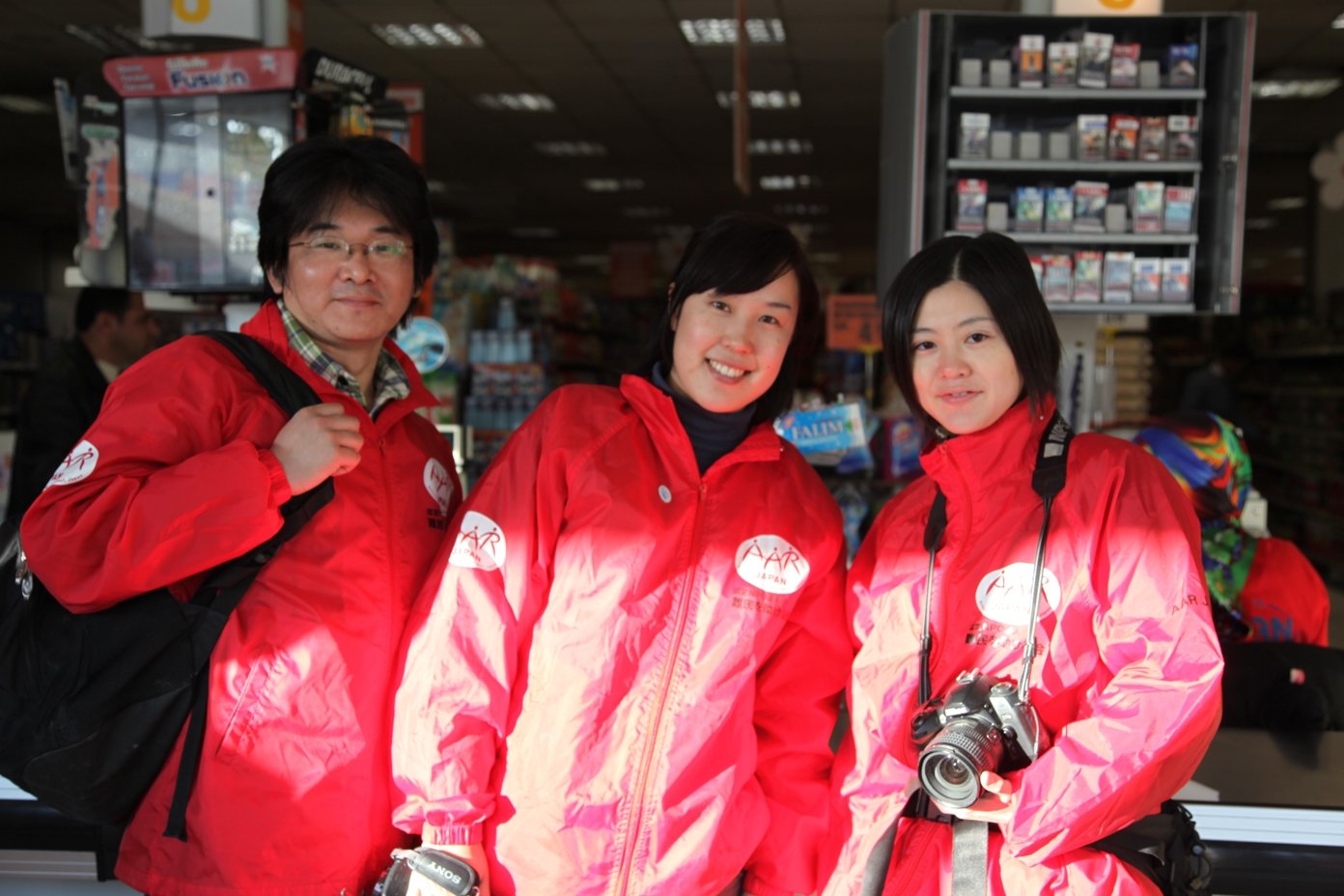 Miyazaki Atsushi (L), a member of the Japan Association for Aid and Relief, who lost his life at the age of 41 during an aftershock of the Van earthquake, is seen in this photo. (Courtesy of the Japanese Embassy in Ankara)
by Dilara Aslan Oct 22, 2021 11:09 am

The positive perception Turkey and Japan have of one another and their mutual cooperation in times of need are the most important aspects of the relationship, Tokyo’s envoy to Turkey Suzuki Kazuhiro said.

Speaking to Daily Sabah, Suzuki described the two countries as “friends of hard times” and said: “As seen in mutual aids in the case of earthquakes, countless examples of the two people’s goodwill and cooperation have been seen so far.”

The ambassador added that 2021 has been a great year for Turkey in terms of the Tokyo Olympics and Paralympic Games in which Turkish athletes excelled, however, this year also marks the 10th anniversary of what has come to be known as the Great East Japan Earthquake and the Van earthquake.

“This angle, therefore, leads this year to be also remembered by both Turks and Japanese,” Suzuki said and wished mercy to those who lost their lives. He noted the 1995 Kobe earthquake in Japan and the 1999 earthquake in Izmit, Turkey, both of which led to a high number of deaths.

“At that time, Japan sent Turkey prefabricated housing units used during the Kobe earthquake by a ship belonging to the Japan Self Defense Forces as well as scholarships for orphaned children. The aid was collected by the Hyogo province locals – a region affected by the Kobe earthquake.” The envoy noted that over 18,000 people lost their lives or are still missing due to the tsunami that took place during the Great East Japan Earthquake in 2011.

“We will never forget the rescue team from Turkey that went to the region and pursued rescue efforts for as long as three weeks,” he highlighted. The two countries signed a memorandum to cooperate on disaster damage reduction in 2018 and have continued to collaborate in several fields.

The ambassador also touched on the death of Miyazaki Atsushi, a member of the Association for Aid and Relief (AAR) Japan, who came to Turkey to help those in need but lost his life at the age of 41 in an aftershock from the Van earthquake.

Edremit Municipality will open a park named after him in Van province on Saturday. Miyazaki, who studied political science in Japan and continued his education in the U.K. before joining AAR, felt a strong sense of gratitude for the support received from several countries, including Turkey, the envoy explained.

Speaking further on bilateral relations, the ambassador said that they should build on the great tourism potential of both countries once the coronavirus pandemic has subsided.

“The number of Japanese tourists coming to Turkey had reached 100,000 in 2019, increasing 20% compared to the previous year. We can say that Turkey’s natural beauties and innumerable historic and archaeologic sites are treasures for tourism. I also believe Van has great tourism potential.”

The envoy further underlined that he aims to strengthen bilateral ties between Ankara and Tokyo.

After the Republic of Turkey replaced the Ottoman Empire, Japan was one of the first countries with which it established diplomatic relations in 1924. One year later, Turkey opened its first embassy in Tokyo. After decades of strong relations, both countries upgraded their ties to the level of "strategic partnership" in 2013 and Japan declared 2019 as the Turkish Culture Year.

The two countries have also pursued a strong economic partnership. Along with high trade volume, Japan is also among the major investors in Turkey, with over 200 Japanese companies operating in the country. Recently, through its Japan International Cooperation Agency, Japan has been among the financiers of infrastructure projects in Istanbul including the landmark Marmaray underwater rail link, a bridge over it and another bridge connecting the city's Asian and European sides. The agency also financed two dam projects in Turkey.