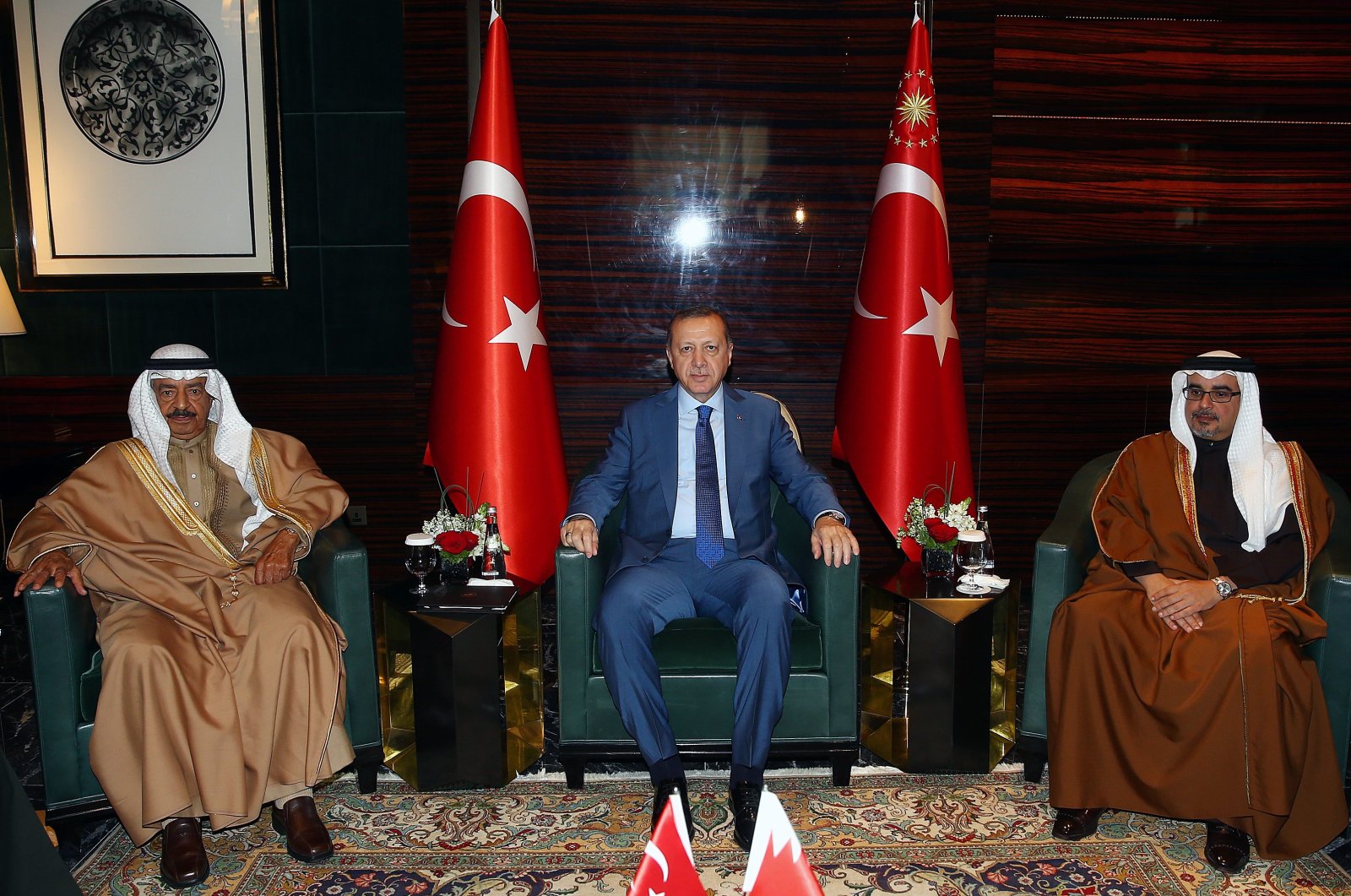 "Wishing Allah's mercy upon the late Prime Minister of Bahrain Prince Khalifa bin Salman Al Khalifa, President (Recep Tayyip) Erdoğan offered his condolences to the Bahrani people and the relatives of the deceased,” said a statement from Turkey's Communications Directorate.

In a phone conversation, Erdoğan and the king discussed steps to strengthen relations between Turkey and Bahrain, the statement said.

The Turkish leader said that improving "relations based on the deep-rooted historical social and cultural ties between Turkey and Gulf countries would contribute positively to the solution of many shared issues the region faces," it added.

The Bahraini Royal Court said Wednesday that Sheikh Khalifa, one of the world's longest-serving prime minister who led his island nation’s government for decades and survived the 2011 Arab Spring protests that demanded his ouster over corruption allegations, died at age 84 while receiving treatment at a U.S. hospital.

"By order of His Majesty King Hamad bin Isa Al Khalifa, the Royal Court mourns His Royal Highness Prince Khalifa bin Salman Al Khalifa, the Prime Minister, who passed away this morning at Mayo Clinic Hospital in the United States of America," the court said in a statement.

It said the premier's funeral will be held in Bahrain and will be limited to family members.

The Gulf state announced one week of mourning during which flags will be flown at half-mast and government institutions will be closed for three days starting Thursday.

Sheikh Khalifa was born into the Al Khalifa dynasty that for more than two centuries has ruled Bahrain, an island in the Persian Gulf whose name in Arabic means the "two seas.”

The son of Bahrain's former ruler, Sheikh Salman bin Hamad Al Khalifa who ruled from 1942 to 1961, the prince learned governance at his father’s side as the island remained a British protectorate. His brother, Sheikh Isa bin Salman Al Khalifa, took power in 1961 and served as monarch when Bahrain gained its independence from Britain in 1971.