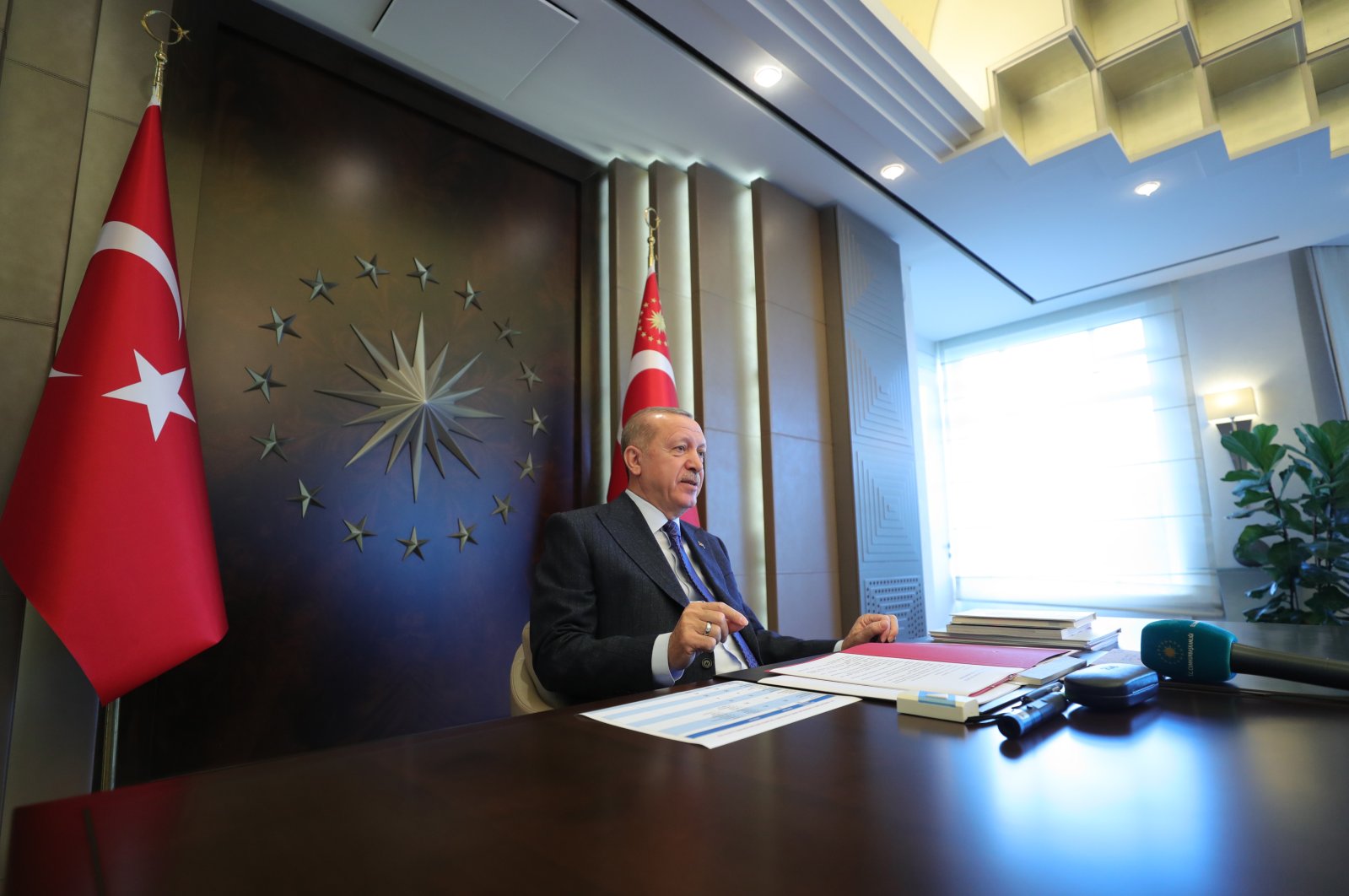 The ideas that main opposition Republican People's Party (CHP) leader Kemal Kılıçdaroğlu put forth as solutions to escape the crisis are in no way suggestions that would be of any use, President Recep Tayyip Erdoğan stated Friday.

“We respond to the criticisms of our government by a party, the past of which is full of examples of depression, with bitter smiles. I regret the fact that some figures, whom we have entrusted as ministers, bureaucrats in my time as prime minister, now murmur the same old things with these (CHP members),” the president said speaking at the ruling Justice and Development Party’s (AK Party) provincial head meeting.

Erdoğan also condemned those responsible for playing a foreign song in Izmir’s mosques on Wednesday, saying that CHP administrators in the region were “overjoyed by this scandal.”

The Turkish version of the Italian resistance song "Bella Ciao" was broadcast from several mosque minarets in the Aegean province of Izmir.

The president further called out CHP members who demand an agreement with the International Monetary Fund (IMF).

“Behind the passion of the CHP for the IMF is the longing for taking Turkey back to the days when it surrendered politically and economically,” he said.

Conversely, the president praised Turkey’s positive conduct in the fight against the coronavirus, saying that the country is leaving the pandemic crisis behind with the least amount of damage.

“Our ministries and all our institutions have struggled and scored a historical success in managing the pandemic process. We have shown successful process management in removing problems in the economic, social and humanitarian fields caused by the preventive measures,” Erdoğan underlined.

“It is not enough to defeat the pandemic only within our Turkish borders. The pandemic has to be eliminated both in our immediate surroundings and in the whole world in order to breathe at ease,” he added.