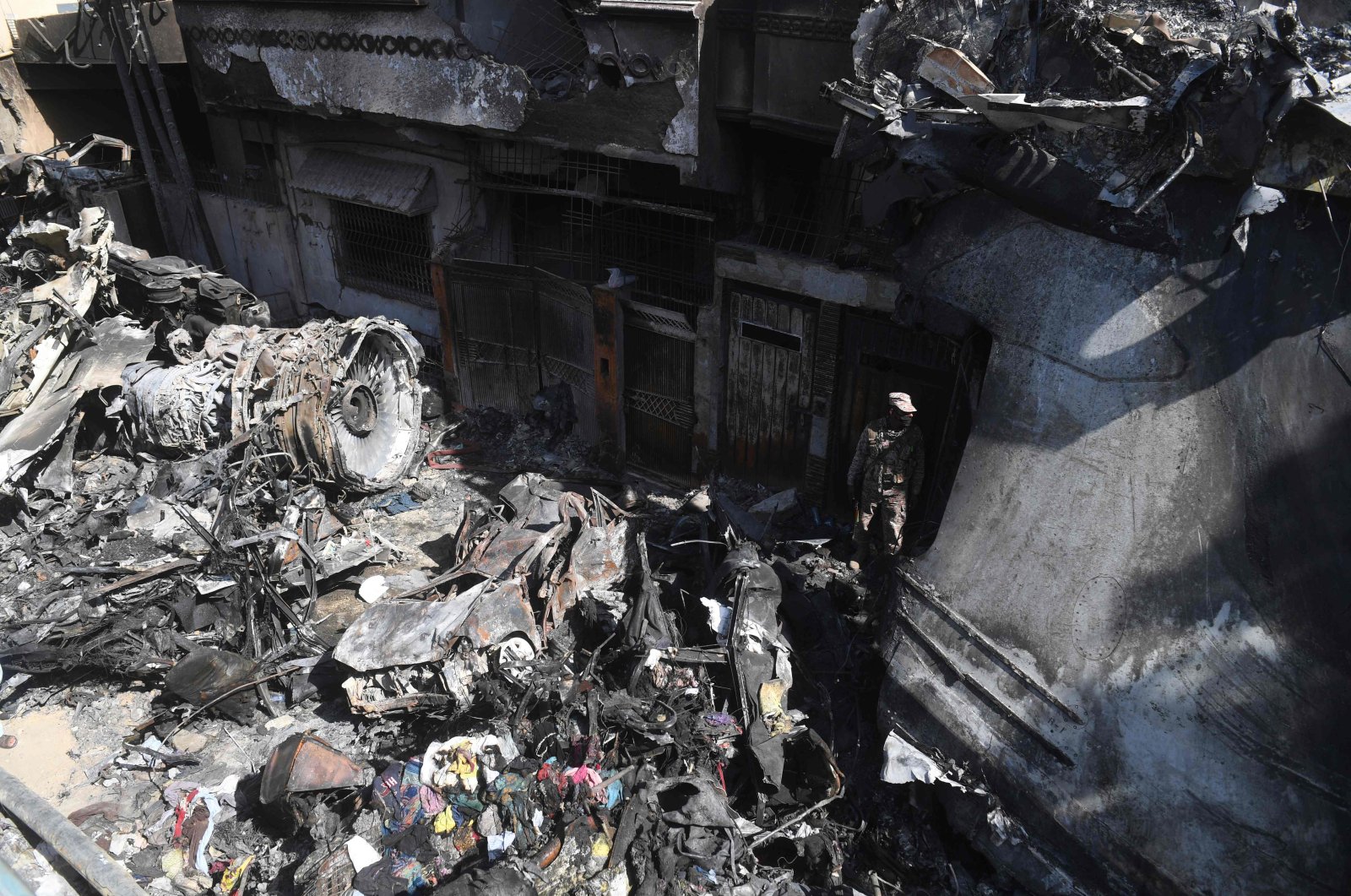 A security personnel stands guard beside the wreckage of a plane at the site after a Pakistan International Airlines aircraft crashed in a residential area days before, in Karachi on May 24, 2020. (AFP Photo)
by Anadolu Agency May 24, 2020 6:09 pm

Assuring his counterpart that Ankara stands with its longtime ally Islamabad at this trying time, Erdoğan expressed sympathy with the bereaved families.

The two leaders, according to PTV, also discussed the coronavirus situation, and vowed to jointly fight the pandemic.

Alvi thanked Erdoğan for the medical supplies Turkey sent last month to help Pakistan in its fight against the COVID-19 outbreak.

Alvi also praised the Turkish government for taking care of hundreds of Pakistani citizens who were stranded in Turkey due to the suspension of international flights amid the outbreak, the channel reported.

Erdoğan also extended his good wishes for Pakistanis on the Muslim holiday of Ramadan Bayram, also known as Eid al-Fitr.