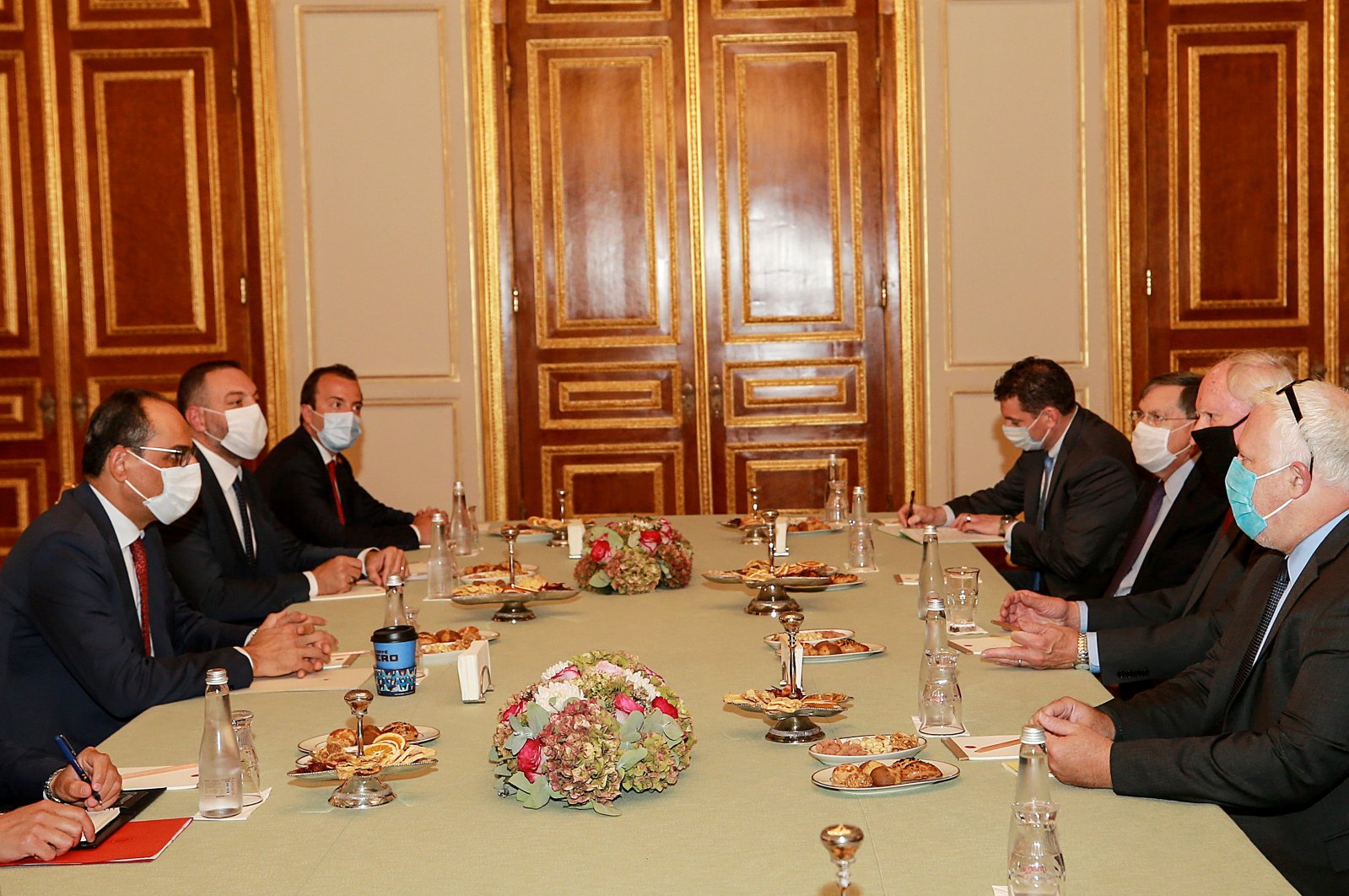 In the meeting held in Istanbul, the two officials and their delegations mainly focused on troubles in Idlib province in northwestern Syria. The diplomatic process for a political solution in the war-torn country and the ongoing efforts of the Constitutional Committee, the common fight against terrorism, the migrant crisis, regional issues and bilateral relations were also discussed during the meeting.

The Turkish delegation led by Kalın reiterated Turkey’s determination to preserve the existing cease-fire in Idlib despite the Bashar Assad regime’s aggression and violations.

The two sides also agreed on accelerating the Constitutional Committee’s work, establishing an environment for free and fair elections and intensifying efforts for the safe and voluntary return of displaced Syrians to their homes.

The United Nations-mediated talks involving the Syrian regime, opposition and civil society envoys were relaunched Thursday after being put “on hold” after three participants tested positive for COVID-19 just hours after the face-to-face meetings started in Geneva on Monday.

The Syrian Constitutional Committee was created in September last year and first convened a month later. The second round of talks, planned for late November, never got going after a disagreement on the agenda. Since then, they have been delayed by the coronavirus pandemic.

Underlining that any support to terrorist groups in the region is unacceptable, the Turkish delegation also said that a common fight against the Daesh and YPG/PKK terror groups is necessary.

Washington has allied itself with the PKK terror group’s Syrian branch the YPG in their fight against Daesh during the Syrian conflict despite concerns and objections from its NATO ally Turkey. The PKK is recognized as a terrorist group by Turkey, the European Union and the U.S.

Jeffrey arrived in Turkey Wednesday with an accompanying delegation to discuss the latest efforts to resolve the now nine-year Syrian conflict.

Jeffrey on Wednesday also met with Deputy Foreign Minister Sedat Önal, who held talks in Geneva as part of the Syrian Constitutional Committee's third round of meetings.

During their meeting, Jeffrey and Önal discussed the political process in Syria, how to support the work of the Constitutional Committee, the situation in Idlib and the maintenance of the cease-fire on the ground.

Turkey and Russia, which back opposing sides in Syria's war, agreed on March 5 to halt military activity in Idlib after an escalation in violence displaced nearly 1 million people and brought the two sides close to confrontation. The deal addresses Turkey's main concerns, stopping a flow of refugees and preventing the deaths of more Turkish soldiers on the ground.

Idlib has long been under siege by the regime's forces and its allies, and previous cease-fires for the region were plagued by violations. Since April 2018, attacks on the last opposition stronghold have dramatically intensified and caused new waves of displaced civilians to move toward the Turkish border, putting Turkey, which already hosts more than 3.5 million Syrians, into a difficult position.