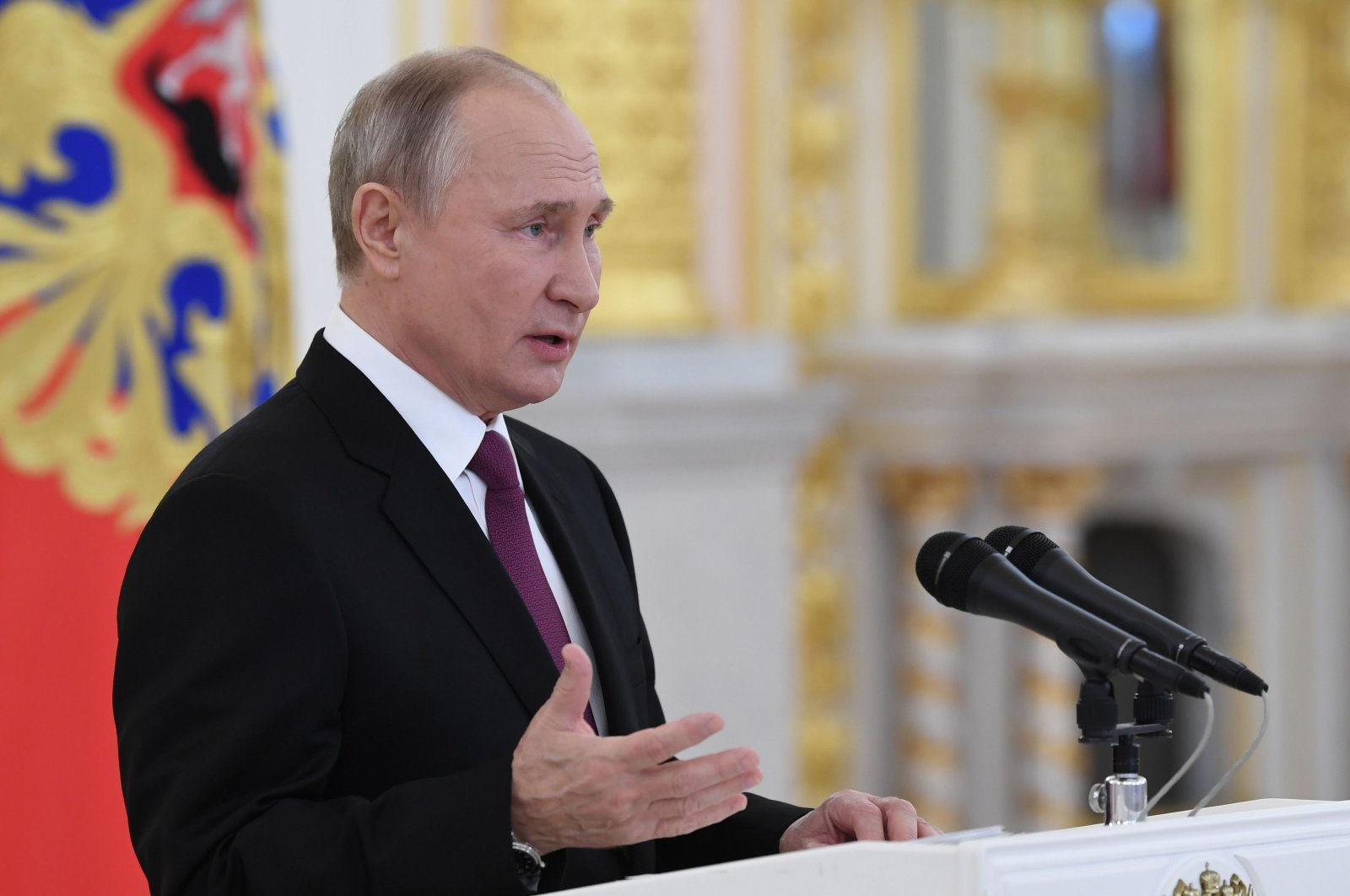 Russian President Vladimir Putin delivers a speech during a ceremony to receive credentials from foreign ambassadors at the Moscow Kremlin's Alexander Hall, in Moscow, on Nov. 24, 2020. (AFP Photo)
by Anadolu Agency
Nov 24, 2020 7:26 pm

The Russian president on Tuesday had separate phone talks with Azerbaijani and Armenian leaders to discuss the situation in Nagorno-Karabakh, according to the Kremlin.

Vladimir Putin exchanged opinions with Ilham Aliyev and Nikol Pashinian on Russian peacekeepers' work in the region and further steps to provide humanitarian assistance, the Kremlin said in a statement.

"They also discussed issues of economic cooperation and unblocking transport communications in the region," it added.

After new clashes erupted on Sept. 27, the Armenian army continued attacks on civilians and Azerbaijani forces and even violated humanitarian cease-fire agreements.

Baku liberated several cities and nearly 300 settlements and villages from Armenian occupation during the 44-day conflict.

The truce is seen as a clear victory for Azerbaijan, and a defeat for Armenia.