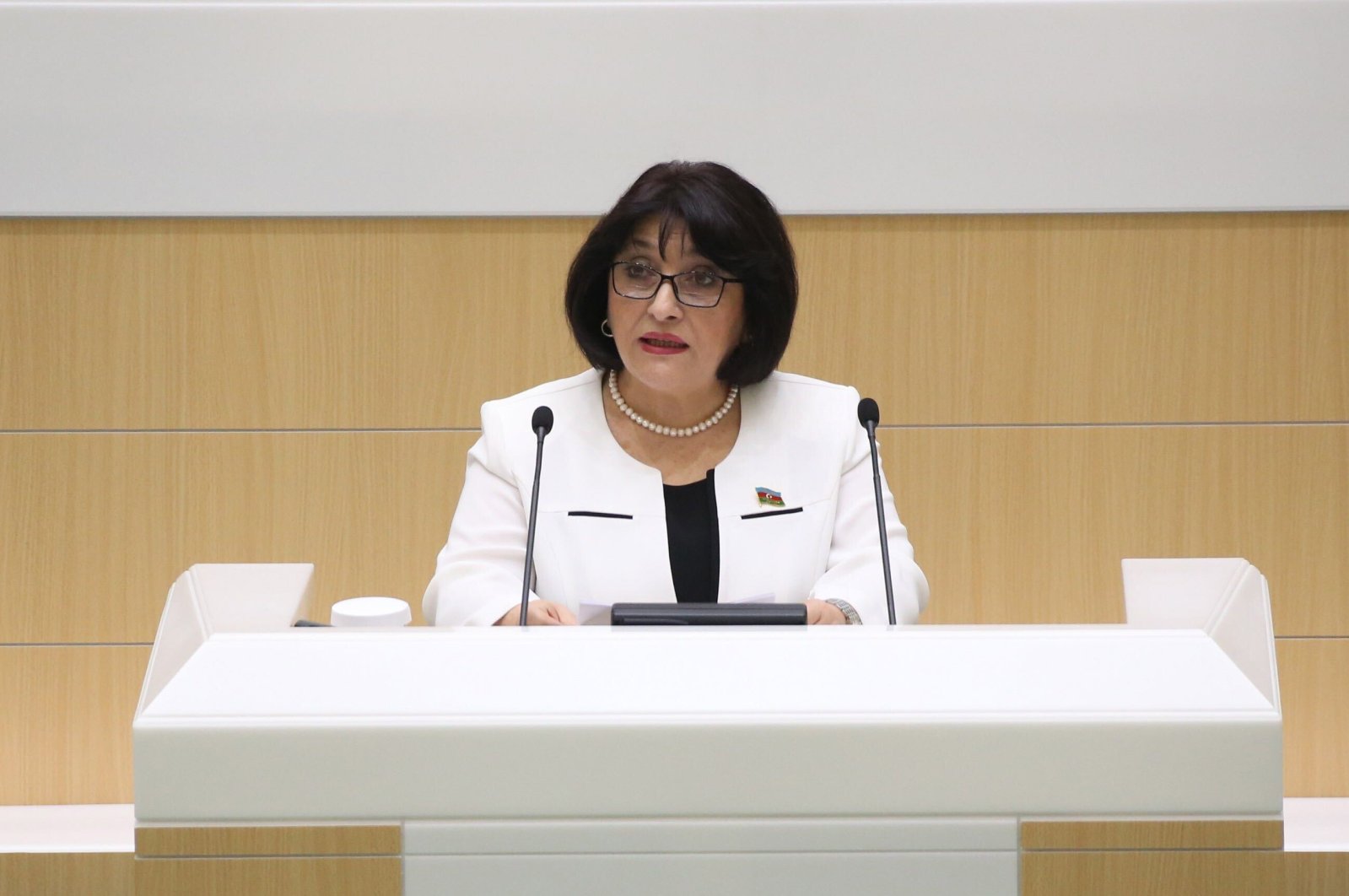 Armenia’s terror campaign against Azerbaijan has been going on for three decades, Baku’s parliament Speaker Sahibe Gafarova said, adding that the recent clashes constituted only the latest round of Armenian aggression.

“We have faced Armenian terror in the years 1988-1994 in Karabakh with their acts in Khojaly in 1992 and with the bombs exploded in a metro in Baku in the early 1990s,” Gafarova told Daily Sabah in an exclusive interview.

“In fact, their attacks on July 12 against Azerbaijan’s Tovuz province constituted the latest round of this terror,” she pointed out, referring to the incident when the Armenian Army violated a cease-fire at the border region and attacked Azerbaijani positions with artillery fire but withdrew after suffering losses following Baku's retaliation. “With its attack on Tovuz, Armenia has put forth its claim to gain new lands. Armenia was giving the message that it was ready for a battle, war with these attacks,” Gafarova elaborated.

“A group of terrorists was trying to infiltrate Azerbaijan under the control of the intelligence unit of the Armenian Army in August. Yet our army eliminated this group and arrested the group leader,” Gafarova stated, indicating that the leader was being interrogated by the Azerbaijani intelligence.

She stated that later, Armenian “terrorist elements” again unleashed violence in Nagorno-Karabakh on Sept. 27 and attacked to occupy new lands in the face of which Azerbaijan acted to protect its territory and liberate occupied areas.

“The Minsk Group, supposed to bring peace, unfortunately, has been inactive for 30 years and was unable to put forth any concrete result,” Gafarova said.

The Minsk Group, set up in 1992 by the Organization for Security and Co-operation in Europe (OSCE), co-chaired by France, Russia and the United States, was formed in 1992 to find a peaceful solution to the conflict but to no avail.

“The Minsk Group was a positive initiative in the beginning to solve the problem. However, the world changed; the region changed. Significant countries in the region all have their own opinions. Turkey is one of these,” the parliament speaker said, indicating that without Armenia's guaranteed withdrawal from occupied Nagorno-Karabakh, words have no value.

Saying that Armenia produced fake news about fighters coming from Turkey to hide its own terror, Gafarova said: “In fact, Armenians coming from Lebanon and Syria are fighting in the ranks of the Armenian Army. ASALA (Armenian Secret Army for the Liberation of Armenia) and PKK elements are within the Armenian Army as well as fighters from various countries.”

The PKK has been responsible for some 40,000 deaths – including women, children and infants – in its decades-long terror campaign, while ASALA is responsible for the murders of dozens of Turkish diplomats in targeted terrorist assassinations.

The parliament speaker pointed out that Azerbaijan has more than 100,000 active soldiers as well as more passive military power while Baku also boasts a population of 10 million and a strong economy.

“Azerbaijan is so strong that it cannot be compared with Armenia. Our message to the world is that Azerbaijan’s state and people desire the liberation of our occupied territories. Armenian terrorists must withdraw from our territories under occupation – from Nagorno-Karabakh and other seven provinces,” Gafarova said, underlining that Karabakh is Azerbaijani territory and that Armenia engages in propaganda to ensure that the international community forgets this fact.

Stressing that Nagorno-Karabakh’s status is not open for discussion, Gafarova said that Azerbaijan would not allow a second Armenian state on Azerbaijan’s territory.

Since these states have failed to take action in the last 27 years, Azerbaijan is doing what is necessary and implementing the decisions, Gafarova said, reiterating President Ilham Aliyev's words that Baku does not covet anyone's territory but also will not allow its own territory to be taken.

“What we want is that the world does not stay silent and be a mere spectator to Armenian aggression,” she said.

Armenia remains standing thanks to its international diaspora’s funds and support as the country lacks both money and an adequate army, Gafarova stated, adding that Armenia seems to be disconnected from reality in regard to Nagorno-Karabakh.

She also touched Azerbaijan's close relations with Turkey, saying that Ankara has been at Azerbaijan's side during difficult times.

President Recep Tayyip Erdoğan and Foreign Minister Mevlüt Çavuşoğlu have repeatedly assured Baku that Turkey stands with the people of Azerbaijan, Gafarova said: “This gives us enormous power. Turkey is a country that makes itself heard in the world and is honorable.”

“As a reflection of our brotherhood, the Azerbaijani National Parliament’s General Assembly has hosted the Parliament Speaker Mustafa Şentop as a guest for the first time in Azerbaijan’s history," she added.

Şentop arrived in Baku on Sunday along with a delegation of deputies from several parties and met with Aliyev before leaving for Azerbaijan’s second city Ganja, where at least 13 civilians, two of them children, were killed and 45 wounded by Armenian shelling overnight on Oct. 17.