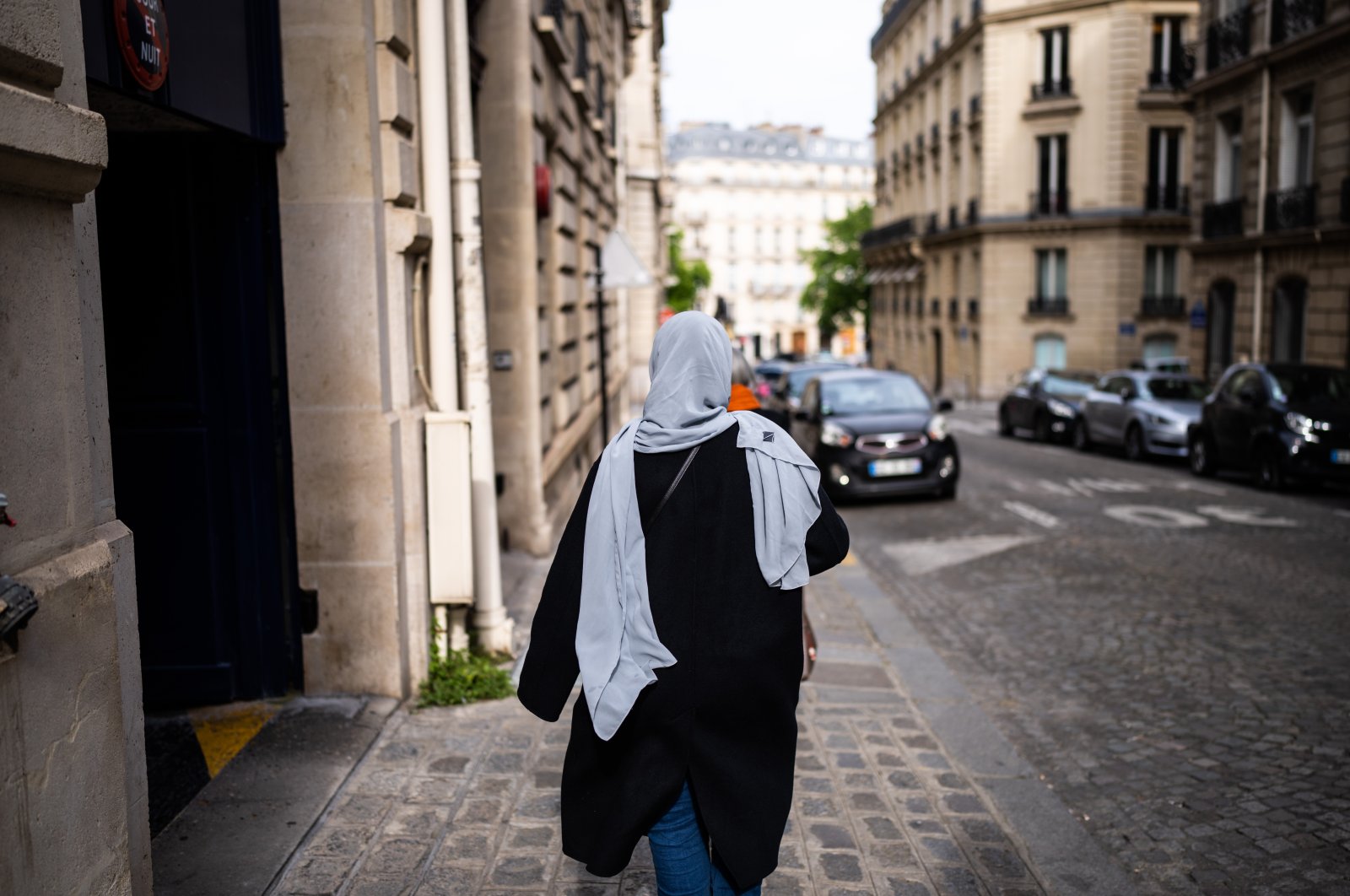 A Muslim woman wearing a headscarf walks with her back to the camera on the sidewalk in Paris, France, April 28, 2022. (Reuters File Photo)
by Daily Sabah Jun 13, 2022 1:34 pm
RECOMMENDED

There has been a record rise in the number and severity of anti-Muslim and racist attacks in the West, according to a report prepared by the Presidency for Turks Abroad and Related Communities (YTB).

The report, which has been published in Turkish, English, German and French since 2018, noted that anti-Muslim sentiment has been on the rise in the West, especially with the rise of far-right and populist rhetoric.

The YTB recorded a total of 316 attacks in 2021, including 132 attacks against Turkish people living in Germany, 43 in the Netherlands and 38 in France. The report noted that 163 of these attacks were motivated by Islamophobia, 116 by racism, 33 were carried out by PKK/YPG terrorist sympathizers and four by Armenian racists.

While the number of Turkish people who were injured in racist-motivated attacks was 36 in 2020, this number increased to 45 in 2021.

Meanwhile, far-right attacks in Germany have seen a 250% surge in the past five years, YTB President Abdullah Eren said, adding that it has mostly been caused by the rise of far-right rhetoric. He continued by noting that anti-Muslim, anti-migrant and xenophobic sentiment is a serious disease that frequently reappears in Europe.

The YTB president also noted that it is crucial for Turkish citizens living abroad to know their rights and that the presidency will always stand beside them.

“Our citizens are never left to face racist and discriminatory attacks alone,” Eren said, adding that the YTB provides psychological and legal assistance for victims of such incidents and provides training to the youth diaspora on human rights.