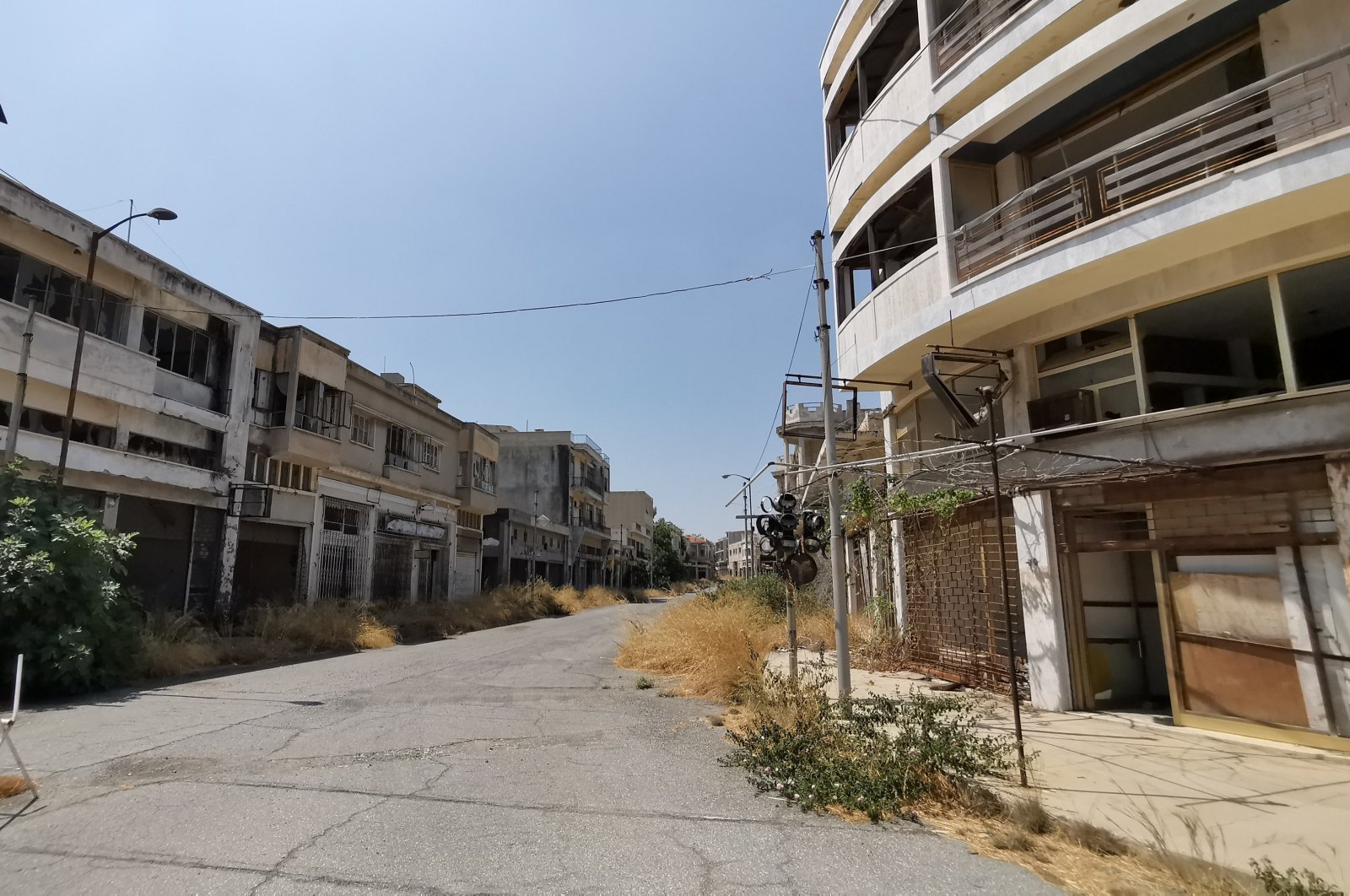 The premier of the Turkish Republic of Northern Cyprus (TRNC) announced Saturday that work on the reopening of the “ghost town” of Varosha (Maraş) will gain momentum after the coronavirus pandemic is finished.

Ersin Tatar said in a statement there has been a pause in the reopening of the abandoned town in the northern part of the divided island of Cyprus because of the deadly outbreak.

Varosha is currently a ghost town where entry is forbidden, except for Turkish army personnel stationed in the TRNC.

Abandoned after the passage of a 1984 United Nations Security Council resolution, Varosha's reopening was announced on June 18 by Turkish Cypriot authorities.

On June 18, the TRNC decided after 45 years to open the ghost town Varosha near Famagusta (Gazimağosa) for settlement amid heightened tension in the Eastern Mediterranean. What was once a paradise of luxury cars, hotels, villas and superb beaches and a destination for the rich and famous has turned into a desolated place since 1974 when in the same year, Turkish military forces intervened on the island following a Greek-inspired coup.

The coup followed a decade of interethnic violence and terrorism targeting Turkish Cypriots, who were forced to live in enclaves when Greek Cypriots unilaterally changed the constitution in 1963 and stripped the island's Turks of their political rights. The decades since have seen several attempts to resolve the Cyprus dispute, all ending in failure.

Varosha is located on the "Green Line," which is the present-day border between the two communities and was closed for settlement subsequent to a U.N. decision in 1974. The city is protected by a 1984 U.N. Security Council resolution, stating that the empty town can only be resettled by its original inhabitants.

Tatar said the presence of relations with Turkey is based on mutual love and respect and taking joint action is vital for the TRNC.

"It is, of course, possible for the TRNC to progress in the Eastern Mediterranean like Singapore and become a center of attraction," said Tatar, referring to Turkey's Vice President Fuat Oktay's comment Friday on Varosha and Cyprus.

Tatar noted that the TRNC will establish a commission of experts and bureaucrats in the prime ministry to support the process as the TRNC's foreign ministry's work is going on at the same time.

If the Greek Cypriots had accepted the 2004 U.N. Annan plan for the reunification of the island, Varosha would now be back under Greek Cypriot control and the residents would have their homes back.

The two parties' relations were already strained regarding Turkey's drilling and exploration activities in the Eastern Mediterranean to protect the rights of Turkish Cypriots.

"If you drill, we will also drill" was the main message of the TRNC regarding the matter, as it is a fundamental right of Turkish Cypriots, while also signaling that a compromise can be reached.