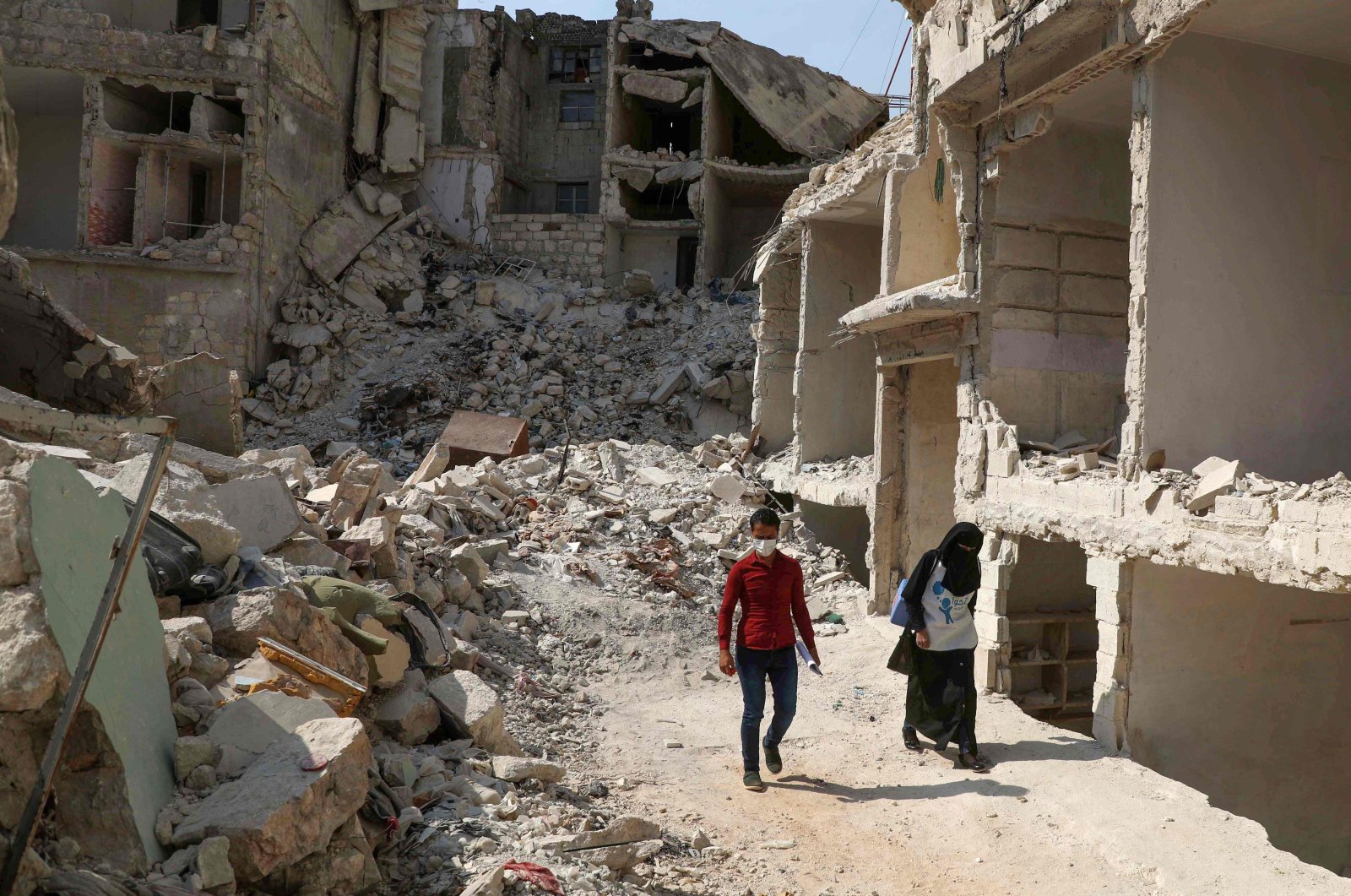 The bombing of civilians by the Syrian regime and Russian armed forces during a campaign against the last opposition bastion in northwestern Syria may amount to crimes against humanity, U.S.-based Human Rights Watch (HRW) said in a report Thursday.

The global rights group said it investigated dozens of "unlawful" air and ground strikes on civilian targets in the region around the city of Idlib between April 2019 and March 2020 that killed hundreds of civilians and displaced over 1.4 million people.

The HRW said its 167-page report "Targeting Life in Idlib" used hundreds of photos and satellite imagery as well as flight spotter logs to examine 46 bombing incidents, a fraction of the airstrikes and shelling that took place.

The attacks involved repeated violations that were "apparent war crimes and may amount to crimes against humanity," the report said.

"They hit hospitals, schools, markets, residential areas. Not just inadvertently, not while they were trying to target the so-called terrorist but deliberately," Kenneth Roth, the organization's global head, said.

The aim of the 11-month military campaign "was to drive out civilians and make their lives unlivable in the hope that it then will be easier for Russian and Syrian armed forces to recapture the territory," Roth said.

The Syrian regime military and its Russian ally carried out the attacks between April 2019 and March 2020, killing at least 224 civilians, according to the HRW.

The New York-based rights group stressed that the incidents it researched were only a fraction of the total number of attacks on civilians in that period.

Moscow and Damascus deny accusations of indiscriminate bombing of civilians in an area where 3 million people have found refuge during the nearly 10-year conflict. The two allies say they only target radical militants who hold sway in the region.

The HRW based its report on interviews with more than 100 victims and witnesses, analysis of hundreds of photographs and videos taken on the site of attacks and on satellite imagery.

The group called for a U.N. resolution urging member states to impose targeted sanctions on officials responsible for the civilian deaths.

The HRW report named 10 senior Russian and Syrian officials including Bashar Assad and Russian President Vladimir Putin and their top military commanders who it said were "command responsible" and should be held responsible.

"It's really only by following up and ensuring that these people who have overseen these war crimes do not get away with impunity, that there are consequences for pursuing this war crime strategy," Roth said.

"Concerted international efforts are needed to demonstrate that there are consequences for unlawful attacks, to deter future atrocities, and to show that no one can elude accountability for grave crimes because of their rank or position," he added. Idlib has long been under siege by Assad regime forces and its allies, and previous cease-fires for the region were plagued by violations.

The U.K.-based independent monitoring group Syrian Network for Human Rights (SNHR) also recently reported that the Assad regime has decided on the execution of at least 2,147 people and the confiscation of at least 4,000 people’s properties through the “terror court” since July 2012.

The SNHR said the courts were established in July 2012 to dissolve the opposition groups and movements. The Assad regime, which has killed or detained hundreds of thousands of civilians since the outbreak of the civil war in 2011, describes political or military opposition figures as “terrorists.”