'Russia not only a neighbor of Turkey, also a partner' 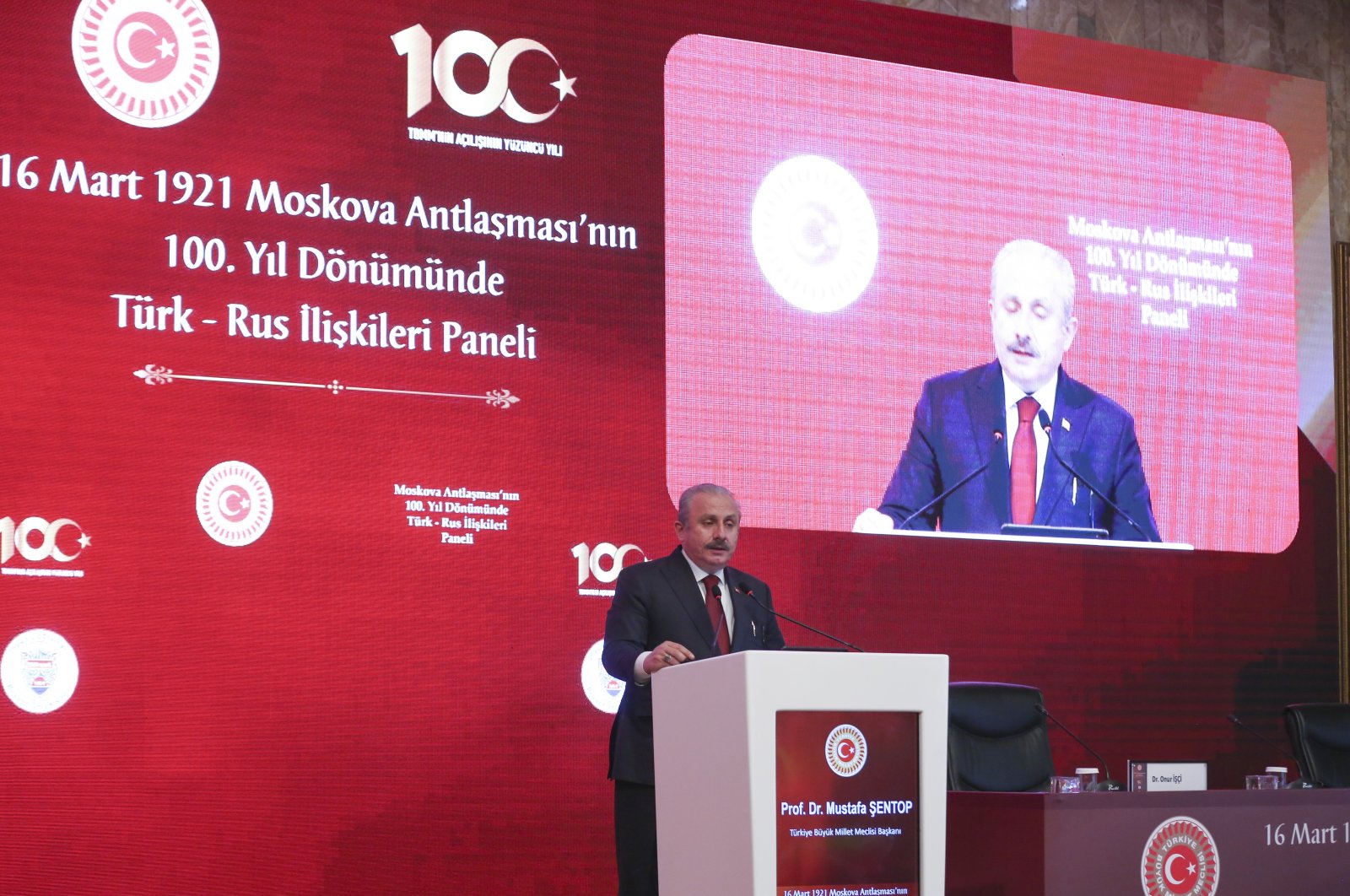 Turkish Parliament Speaker Mustafa Şentop on Monday described Russia as not only Turkey's neighbor but its partner.

"Russia is not only our neighbor but also our friend and cooperation partner on the way to the future. What we have accomplished in the last 18 years is proof of this," Şentop told the centennial anniversary panel of the Treaty of Brotherhood, also known as the Treaty of Moscow.

Turkey and Russia should be partners that implement "common sense" in their relations, Şentop said.

"The best way to achieve this is to have reasonable expectations" and to tackle the issues with sincerity, he noted.

Şentop added: "It's not possible for any country to take the road to a prosperous future alone. Turkey and Russia are on the right track in this sense."

Turkey and Russia on March 16, 1921, signed the Moscow Treaty that initiated diplomatic ties between the two countries.