Russia should stay out of Turkey's fight against Assad regime, Erdoğan tells Putin 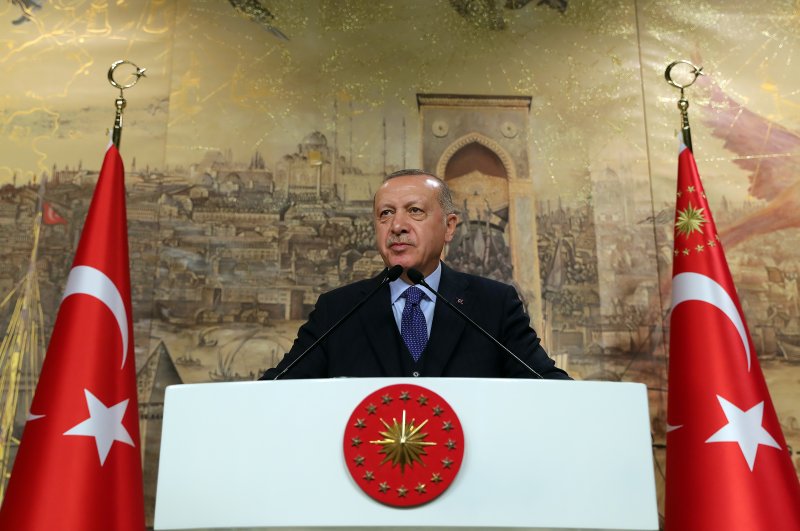 President Recep Tayyip Erdoğan said Saturday that Ankara has asked Moscow to stay out of its fight against Assad regime forces in Idlib as Turkish forces continued to target regime positions in northern Syria.

"I asked Putin for Russia to leave Turkish forces alone to fight the regime, we can't seem to understand Russia's intentions there," Erdoğan told a group of the ruling Justice and Development Party (AK Party) deputies at a meeting in Istanbul.

Erdoğan said that he conveyed this demand to his Russian counterpart Vladimir Putin in their recent phone call, which took place after Thursday's airstrike by regime forces that left 36 Turkish soldiers dead.

The president said Turkey is not seeking an adventure or an opportunity to expand its territories but simply protecting its territorial integrity against the Assad regime.

“If we do not clear our borders from terrorists now, we might have to fight bigger wars inside Turkey later on.”

He added that the Turkish Armed Forces (TSK) managed to break the siege in the south of Idlib completely and blamed the regime for pushing Turkey to take military action against it at such large scale.

Erdoğan added that he told both Putin and U.S. President Donald Trump during separate phone conversations on Friday night that their countries did not fulfill promises made to Turkey in the region. Russia and the U.S. agreed on plans to remove the PKK-linked People's Protection Units (YPG) and their weapons from the border with Turkey.

"As of yesterday evening, seven warehouses with chemical materials have been blown up," he said.

Turkey to keep gates open for refugees to enter EU

Erdoğan also vowed to allow refugees to travel on to Europe from Turkey which he said can no longer handle new waves of people fleeing war-torn Syria.

The president said nearly 4 million people moving towards Turkey's border to flee regime violence and 1.5 million Syrians are already located at the border. He said the European Union did not keep its promise of allocating 25 million euros to share the financial burden of refugees on Turkey.

"We cannot handle a new influx of refugees but we cannot leave those people at the mercy of the Assad regime either."

"What did we do yesterday (Friday)? We opened the doors," Erdoğan said in Istanbul in his first comments after the escalation of clashes between the Turkish forces and the regime in northern Syria on Thursday. "We will not close those doors...Why? Because the European Union should keep its promises."

The Turkish leader also said 18,000 migrants have amassed on the Turkish borders with Europe since Friday, adding that the number could reach as many as 30,000 on Saturday.