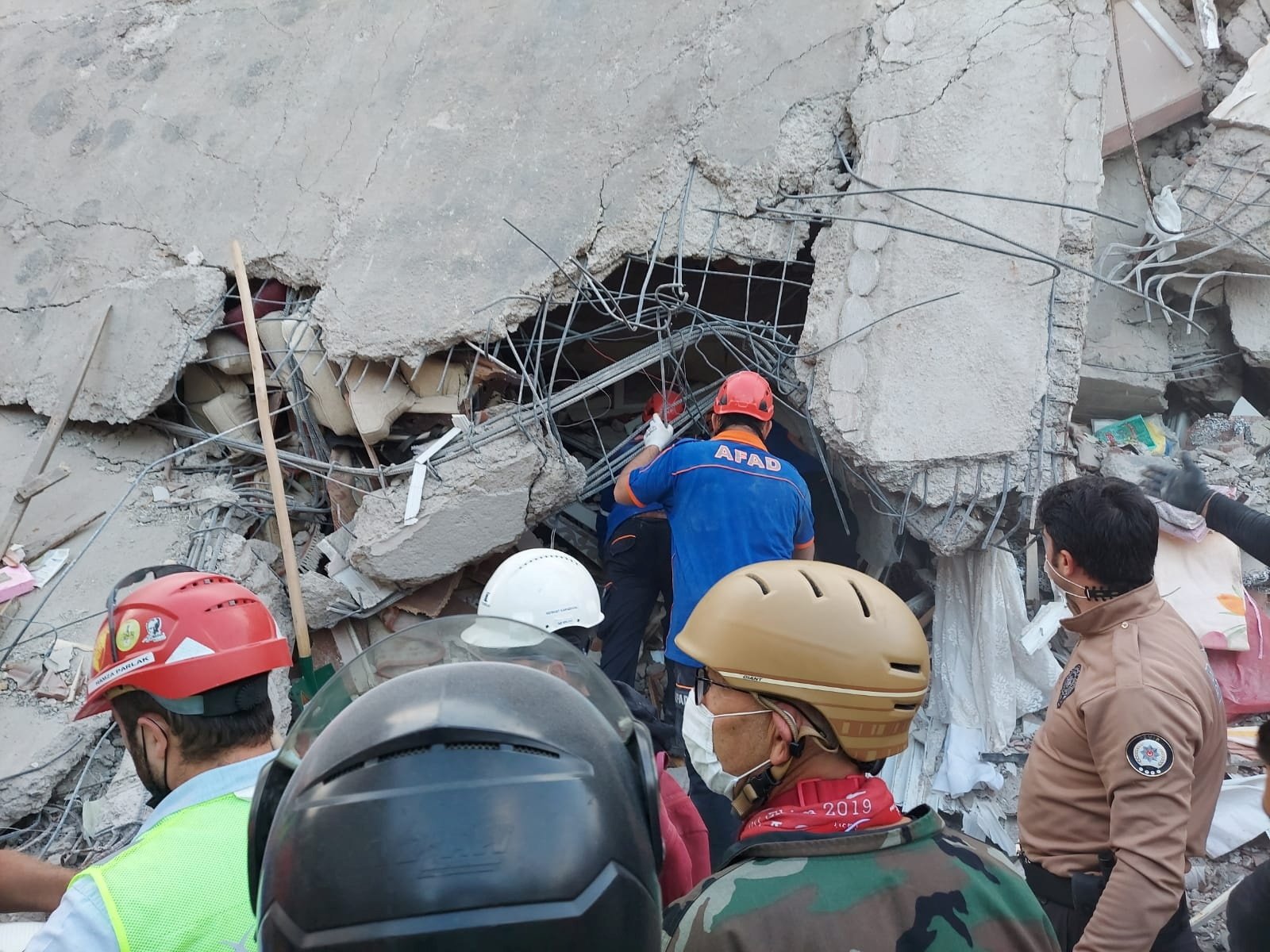 People search for survivors at a collapsed building after a strong earthquake struck the Aegean Sea where some buildings collapsed in the coastal province of Izmir, Turkey, Oct. 30, 2020. (Reuters Photo)
by Daily Sabah
Oct 30, 2020 8:17 pm

“Please accept my deep condolences for the lives lost due to the earthquake in Izmir,” Putin told Erdoğan according to a statement by the Kremlin.

“I request that you convey my wishes of quick recovery to the wounded and my sorrow and support to the families of the deceased,” he said.

A 6.6-magnitude earthquake struck off the coast of Seferihisar district in the western province of Izmir on Friday according to the Disaster and Emergency Management Authority (AFAD).

The tremors occurred in the Aegean Sea at a depth of 16.5 kilometers (10.3 miles) but were felt across Turkey’s third-largest city and as far away as Istanbul in the north.

AFAD announced 12 people were killed and more than 400 others were injured. Crews were working to rescue survivors from the rubble of 12 buildings.

Izmir Governor Yavuz Selim Köşger told reporters that four buildings were completely destroyed in the earthquake, and 70 were rescued from the rubble. He said one of the fatalities had drowned.