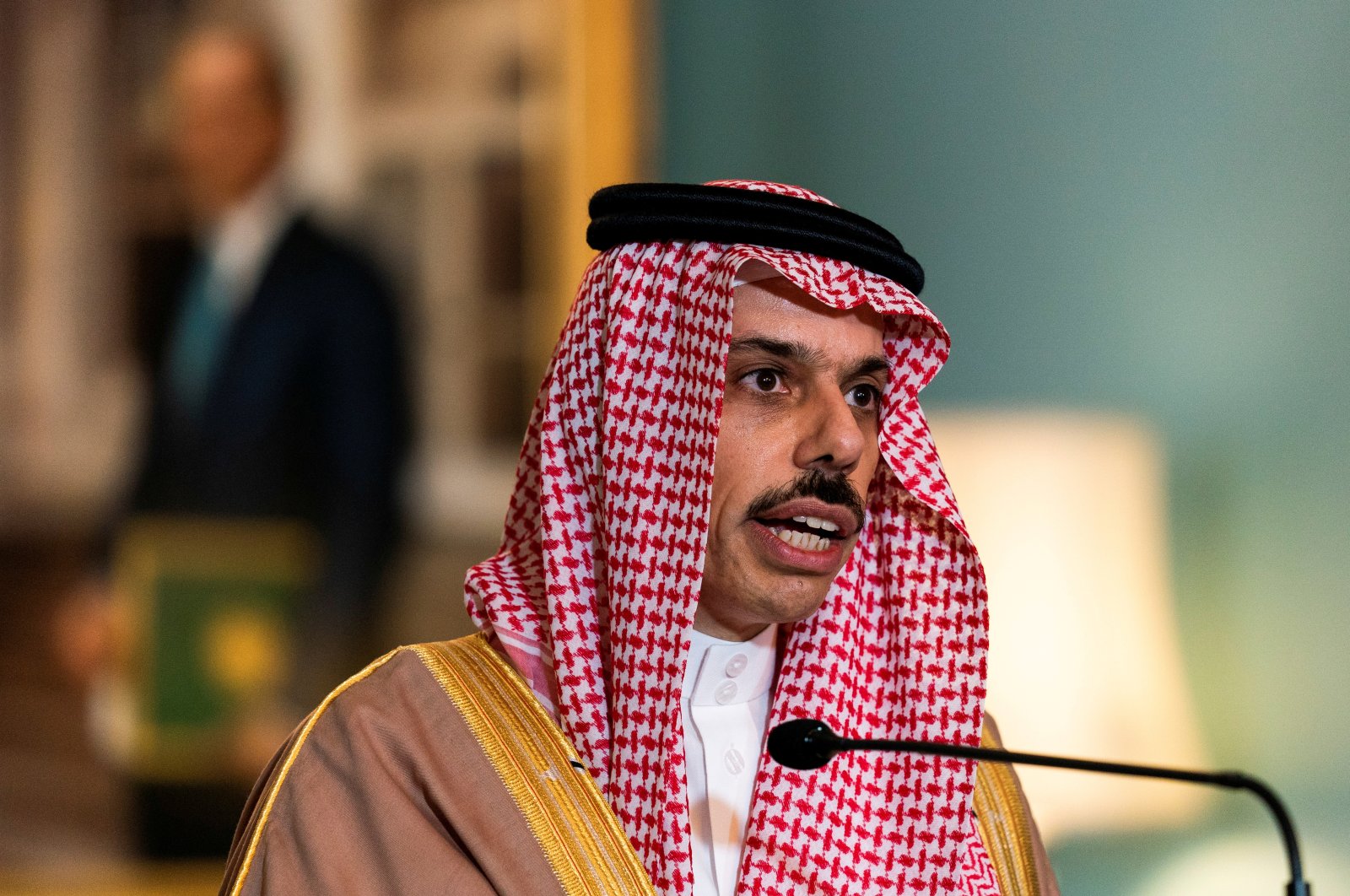 Saudi Arabian Foreign Minister Faisal bin Farhan Al Saud said Saturday that relations with Turkey are "good and amicable," according to a statement cited by Reuters.

The foreign minister, whose country is hosting the G-20 summit in which Turkey is in attendance, denied any form of informal boycott of Turkish products.

The information was shared with Turkish daily Dünya by the commercial counselor of Turkey's Embassy in Riyadh, who cited a note from Saudi Arabia's Embassy in the Turkish capital Ankara.

The decision was conveyed to exporting firms and unions in Turkey by the Trade Ministry.

Before the recent official decision, the kingdom had been involved in a semiofficial embargo against Turkish products, despite calls to end the ban as it would eventually hurt world supply chains during the challenging COVID-19 period.

Saudi Arabia’s biggest supermarket chains previously joined a growing “boycott” of Turkish imports proposed by business leaders and Saudis on social media, where the hashtags #Boycott_Turkish_Products and #Turkish_Products_Boycott_Camapaign have been trending over the past few months.

Although the kingdom's media office previously claimed that authorities have not placed any restrictions on Turkish goods, in an apparently informal boycott of imports of Turkish goods, signs urging customers to not buy Turkish goods were seen in some retail stores in the capital Riyadh.

The two countries have been at odds for some years over various regional issues, including the murder of dissident Saudi journalist Jamal Khashoggi in the Saudi Consulate in Istanbul in 2018.

Punishments handed over in early September by Saudi authorities to some of the perpetrators of the murder were found to be relatively lenient by the public, with the shortest sentence standing at a mere seven years, and Turkish officials expressed their discontent. Presidential Communications Director Fahrettin Altun previously said that Saudi Arabia’s final verdict on Khashoggi's murder at the kingdom's Istanbul consulate "fell short of meeting the expectations of Turkey and the international community.”

A Saudi court overturned five death sentences in connection with Khashoggi's murder. Eight unnamed defendants were handed jail terms of between seven and 20 years. None of the defendants were named in what was described as the final court ruling on the murder, which triggered an international outcry and tarnished the global reputation of the controversial Crown Prince Mohammed bin Salman (MBS).

Khashoggi – a royal family insider turned critic – was killed and dismembered at the kingdom's consulate in Istanbul in October 2018. A critic of the crown prince, 59-year-old Khashoggi was strangled and his body cut into pieces by a 15-man Saudi squad inside the consulate, according to Turkish officials. His remains have not been found.

Meanwhile, in contrast to the kingdom's anti-Turkey stance, Qatar has launched a campaign in support of Turkish products.

Qatari tradespeople are said to have been labeling Turkish-made products with a Turkish flag, encouraging consumers to purchase them.

Papers with “Buy only Turkish products” are said to have been placed on the country's counters, Demirören News Agency (DHA) reported last month.

Turkey enjoys a deep-rooted friendship and fraternity with Qatar, with relations between the two rapidly improving in all fields.

Ankara emerged as one of Qatar's top partners since a Saudi Arabia-led bloc launched a trade and diplomatic boycott of the Gulf state in 2017. Turkey provided increased support to Qatar, boosting food and other exports to keep the country afloat after the boycott began. Trade between the two countries saw a significant rise during the period, with agreements being made for various future projects.

Regarding the issue, the Saudi foreign minister claimed that Saudi Arabia continues to seek a solution to the dispute with Qatar but stressed that an answer must "address legitimate security concerns."