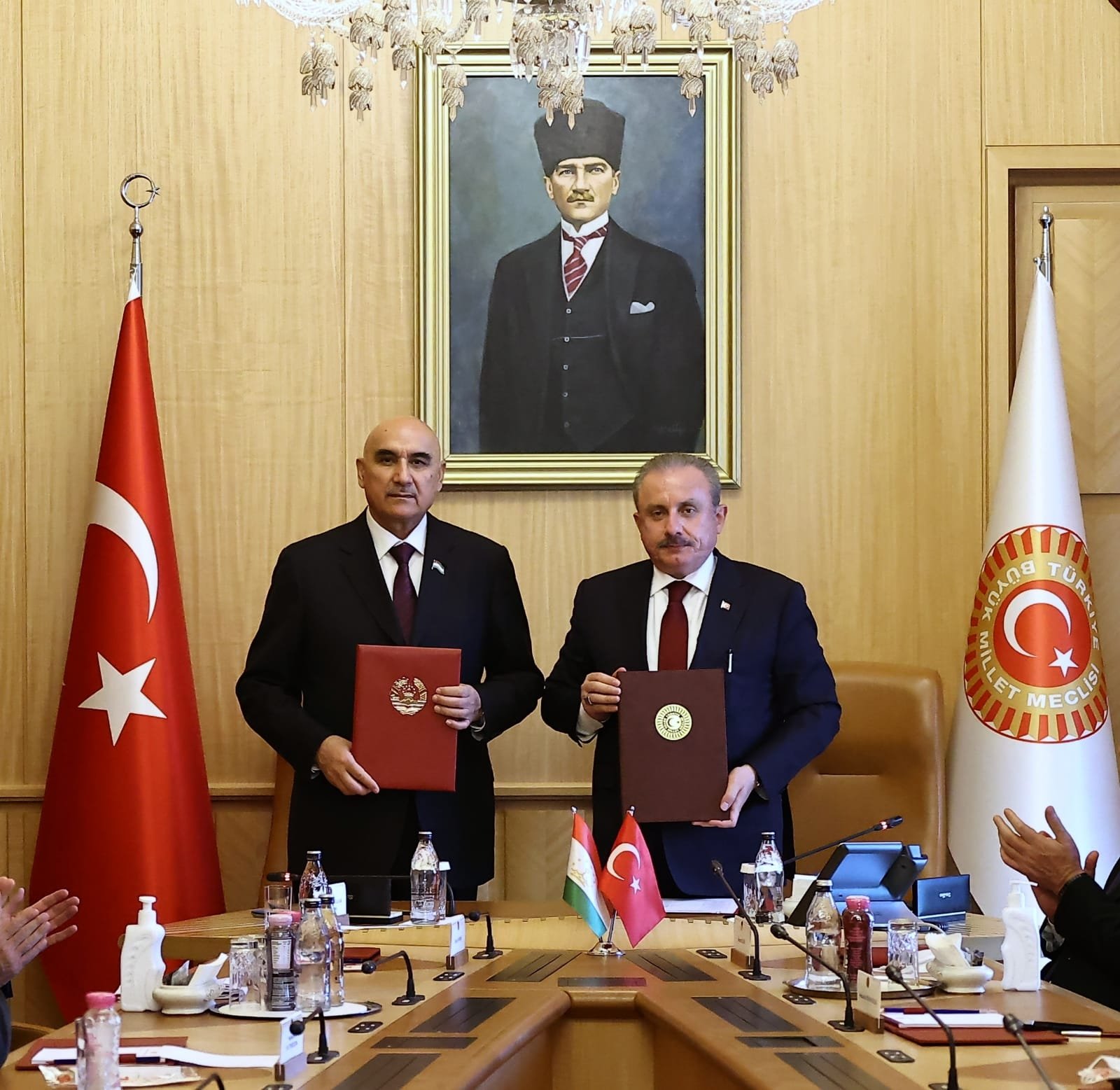 After one-on-one talks, Şentop and Zokirzoda attended a meeting between the countries' delegations.

Pointing out that 2022 is also the 30th anniversary of the establishment of diplomatic relations between the countries, Şentop said: "I hope that the inter-parliamentary cooperation protocol will be a start for the new steps we will take together in 2022."

He said he believes the visit would strengthen bilateral and regional cooperation, especially relations between parliaments.

Turkey was one of the first countries to recognize the independence of Tajikistan, Şentop said, adding that Ankara is ready to contribute and cooperate in many sectors such as the economy, education and health as well as defense, especially peace and prosperity of Dushanbe.

He stressed that alongside bilateral economic ties, academic and cultural activities should be prioritized so that people of the two countries who share common cultural values get to know each other better.

Tajikistan ready to cooperate with Turkey

Zokirzoda thanked Şentop for his hospitality and said Tajikistan is always ready to cooperate with Turkey.

The Tajik official underlined Turkey and Tajikistan want the bilateral trade volume to reach $1 billion in coming years, noting the level of cooperation will increase with the interparliamentary cooperation protocol.

President Recep Tayyip Erdoğan also had a 40-minute meeting with Zokirkoda at the Çankaya Mansion in Ankara.