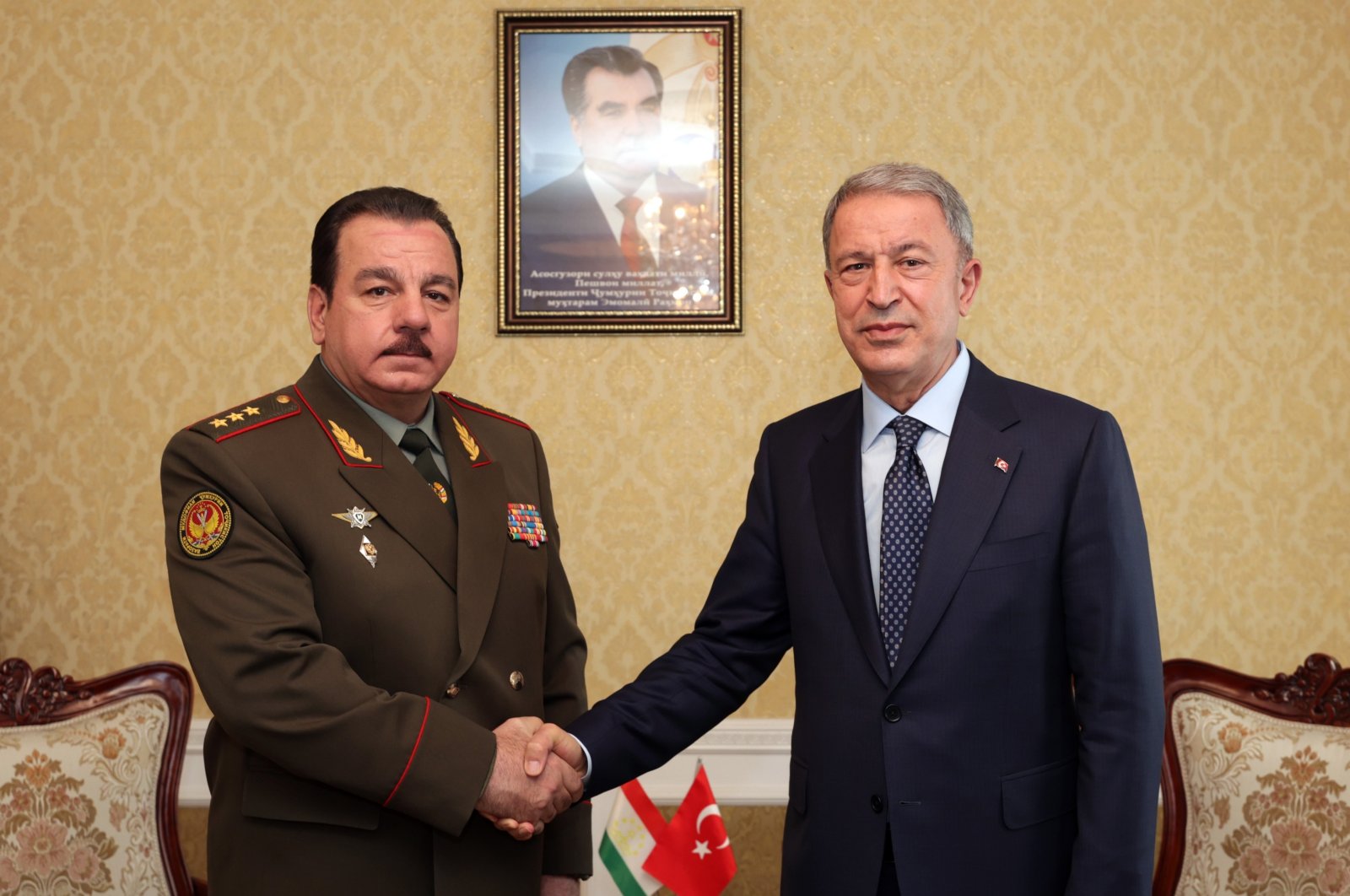 Tajik Defense Minister Col. Sherali Mirzo thanked Akar for visiting Tajikistan for the first time, as he highlighted the importance of further enhancing cooperation in the defense, security and defense sectors. He continued by saying that the two countries continue to successfully coordinate in international and regional institutions and support each other.

Akar is in Tajikistan on an official visit where he was received by Mirzo with a military ceremony at Tajikistan’s Defense Ministry.

After the ceremony, Akar and Mirzo first held a one-on-one meeting and then chaired a meeting between the Turkish and Tajik delegations.

During the meeting, the defense ministers discussed bilateral and regional defense and security issues.

Underlining important historical, cultural and religious ties between the two countries, Akar said Tajikistan is an important partner for Turkey in Central Asia.

Celebrating the 30th anniversary of Tajikistan’s independence, Akar said Turkey is ready to deepen its cooperation with Tajikistan in defense and security areas and to share experience on border security and counterterrorism.

Akar also stressed the importance of the current constructive cooperation between the two sides in the fight against the Gülenist Terror Group (FETÖ) – the group behind the defeated 2016 coup in Turkey.