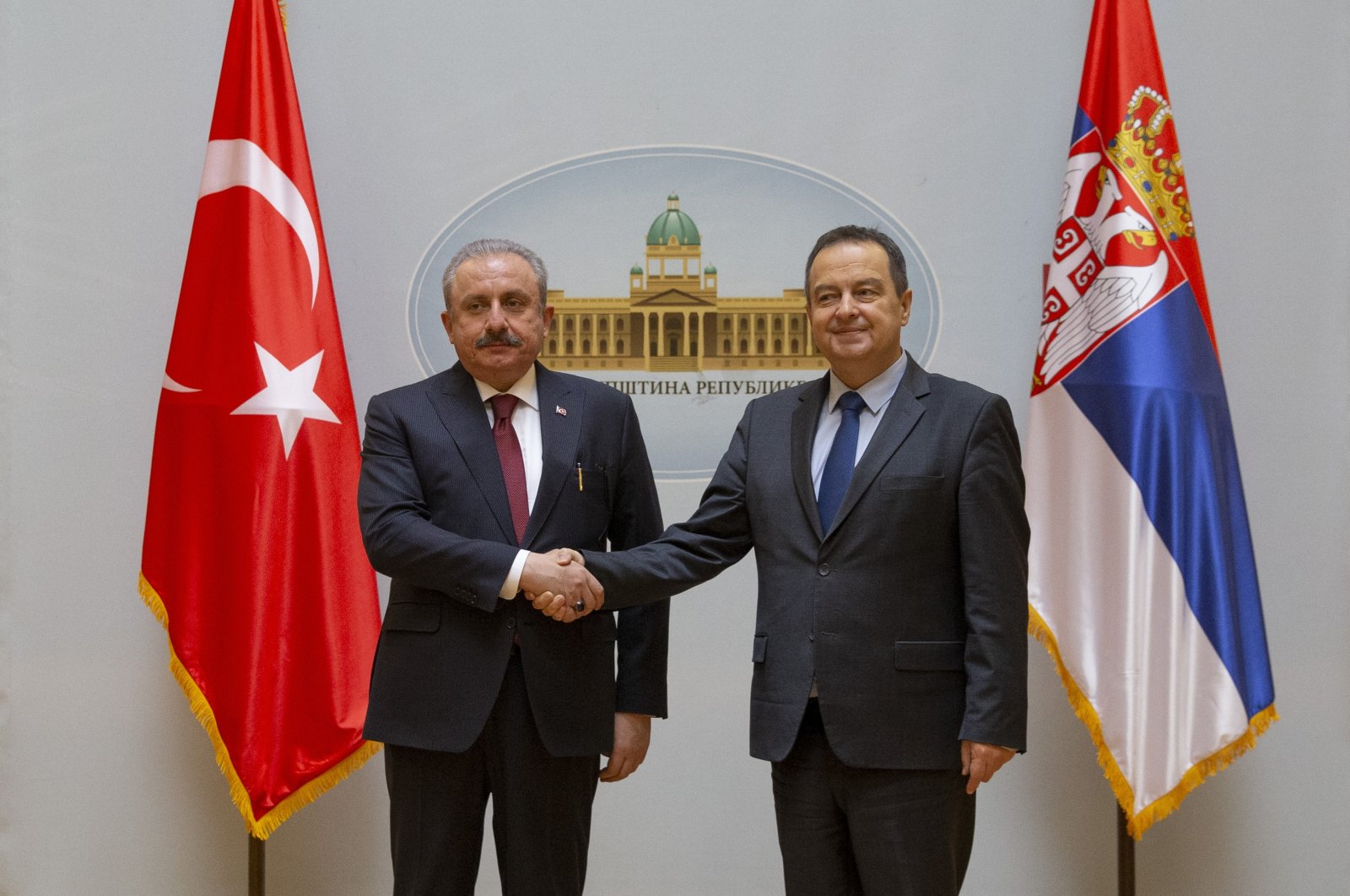 Turkish Parliament Speaker Mustafa Şentop highlighted the importance of stability in the Balkans for the region, Europe and the world.

"Lasting peace and stability in the Balkans are significant not only for the region but also for Europe and the world," Şentop said, addressing a joint news conference with Ivica Dacic, the speaker of Serbia's Parliament on Wednesday.

For his part, Dacic said Turkey's role in stabilizing the region was "very important," adding: "That's why Serbia wants to develop fraternal and friendly relations with Turkey and seek common interests, as well as serve as a link for pursuing common interests with Bosniak Muslims in our region."

After the joint press conference, Şentop left a message in the guest book in the National Assembly of the Republic of Serbia and visited the assembly premises.

Earlier in the day, Şentop was received by Serbian President Aleksandar Vucic.

"We will never forget that you called our president right after the treacherous coup attempt on July 15, 2016," said Şentop, referring to the defeated 2016 coup organized by the Gülenist Terrorist Group (FETÖ) in Turkey.

FETÖ and its United States-based leader Fetullah Gülen orchestrated the defeated coup of July 15, 2016, in Turkey, in which 251 people were killed and 2,734 injured.

Vucic emphasized that he would always support developing and maintaining high-level relations with Turkey.