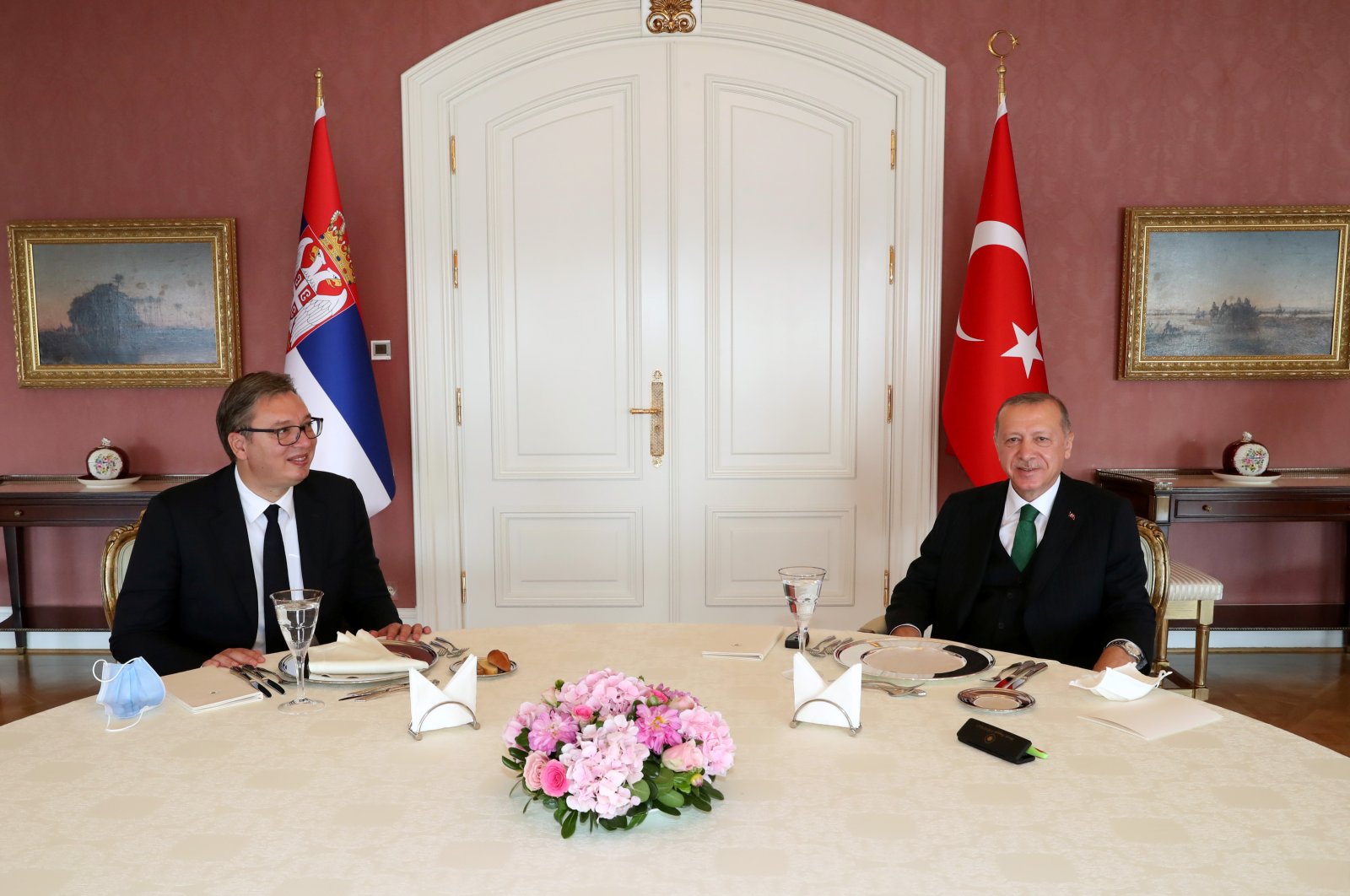 "(With Turkey) we want to keep our best level relations and further develop friendly ties in the future," said Vucic.

Turkey has an important influence in the Western Balkans, he stressed, adding that there existed excellent communication between the two countries.

''This is very important from our perspective. Turkey is one of the most important regional powers and also a one moving to a more prominent position in the world with each passing day,'' said Vucic.

The leaders also discussed the dialogue process between Serbia and Kosovo.

"I listened to Mr. Erdoğan's stance on this issue and I explained our position to him. He treats Serbia with respect," noted the Serbian premiere.

Vucic said they responded evenly to anyone who respects Serbia, adding that they want to live with no regard to the idea of parting with Turkey.

Serbian and Kosovar leaders met in Washington early September as part of a two-day series of talks that culminated in a historic milestone – an agreement to normalize economic ties.

Serbia and Kosovo signed separate agreements with the U.S. in which Serbia also agreed to move its embassy to Jerusalem.

While Kosovo and Israel also agreed to normalize relations and establish diplomatic ties, Serbia agreed to open a commercial office in Jerusalem in September.