Solution in Cyprus should be based on sovereign equality, TRNC PM Tatar says 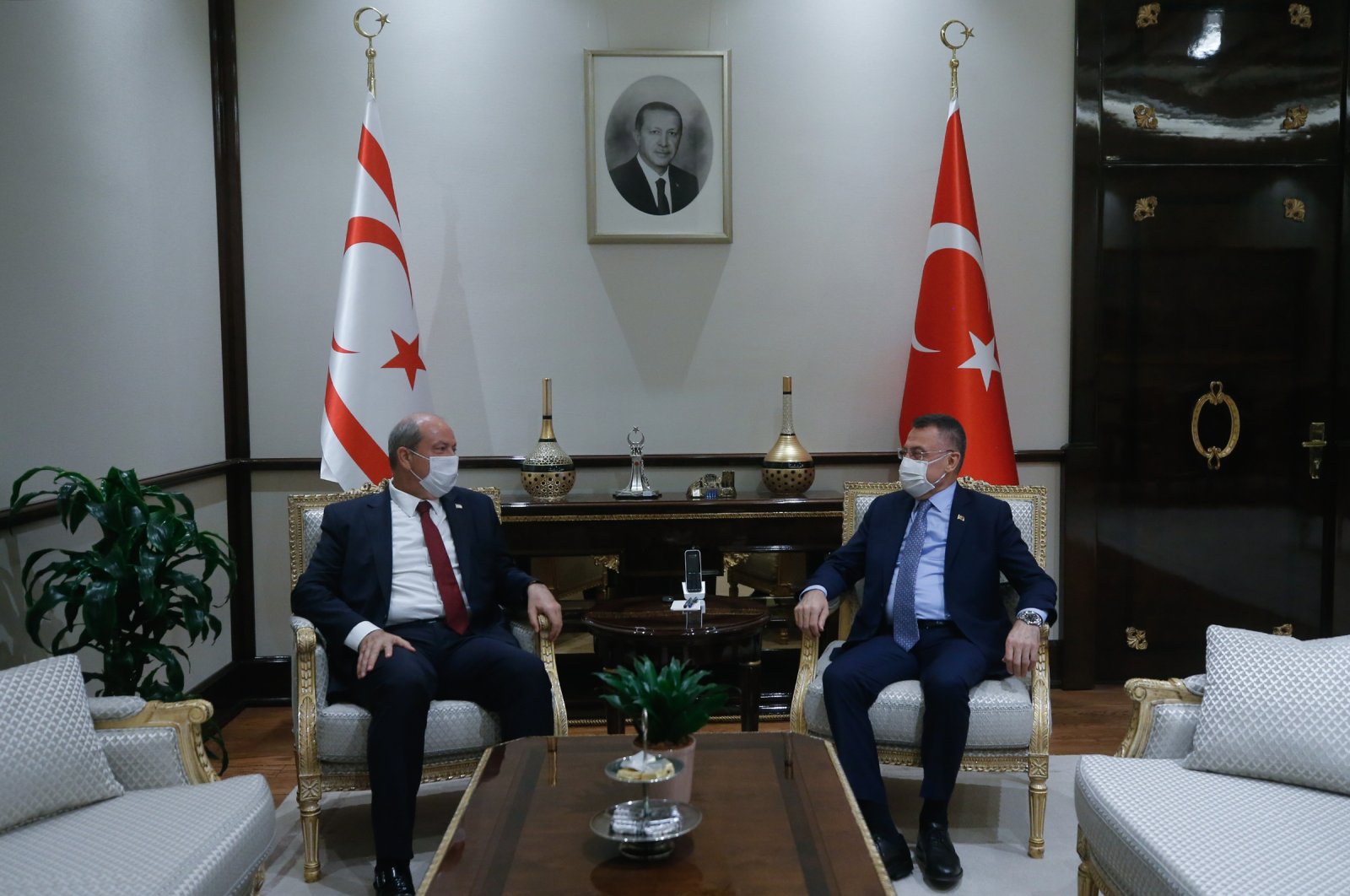 The Turkish Republic of Northern Cyprus (TRNC) favors an agreement based on sovereign equality on the island of Cyprus, TRNC Prime Minister Ersin Tatar said Tuesday.

Hosted by Turkish Vice President Fuat Oktay in the capital Ankara, Tatar in a joint press conference evaluated the latest developments in the Eastern Mediterranean and the Cyprus issue.

He said the TRNC has gained a status in the Eastern Mediterranean issue and earned a place at the table. He added that there has been a fight for sovereignty on the island of Cyprus for decades. "Depending on the developments in the Eastern Mediterranean, we state that we are in favor of an agreement based on sovereign equality in Cyprus. In the past, a negotiation process for an agreement based on federalism and political equality had been conducted. Now, an agreement based on federalism does not give hope. Because, when you look at the content of such an agreement, there are some dangerous processes such as the partnership with Greeks, problems within this partnership and the possible unjust treatment of Cypriot Turks."

"From now on, depending on the developments in the Eastern Mediterranean, we aim to protect our own state based on sovereign equality and maintain our relations with Turkey as we always did," Tatar said.

The island of Cyprus has been divided into a Turkish Cypriot government in the northern third and Greek Cypriot administration in the south since a 1974 military coup aimed at Cyprus' annexation by Greece. The TRNC was established in 1983 on the northern tier of the island and is only recognized by Turkey. The country has faced an ongoing embargo on commerce, transportation and culture ever since.

As the TRNC is getting ready to hold its 10th presidential elections on Oct. 11, the biggest division among the candidates when it comes to their policies lies in their approach to the Cyprus crisis. Candidates like incumbent President Mustafa Akıncı and the head of the center-left Republican Turkish Party (CTP) Tufan Erhürman support a federalist solution in line with U.N. initiatives and underline that a federalist solution would be efficient in solving other regional problems, too, particularly tensions in the Eastern Mediterranean.

However, according to others, such as Tatar and the Foreign Minister and Deputy Prime Minister Kudret Özersay, there may be other alternatives to federalism. Although neither directly opposes a federalist solution, both express that tying hopes to such a plan would be unrealistic, considering the complex past shared with the Greek Cypriot administration. Rather, they suggest a two-state solution and express a standing that is closer to Turkey, in comparison to Akıncı and Erhürman.