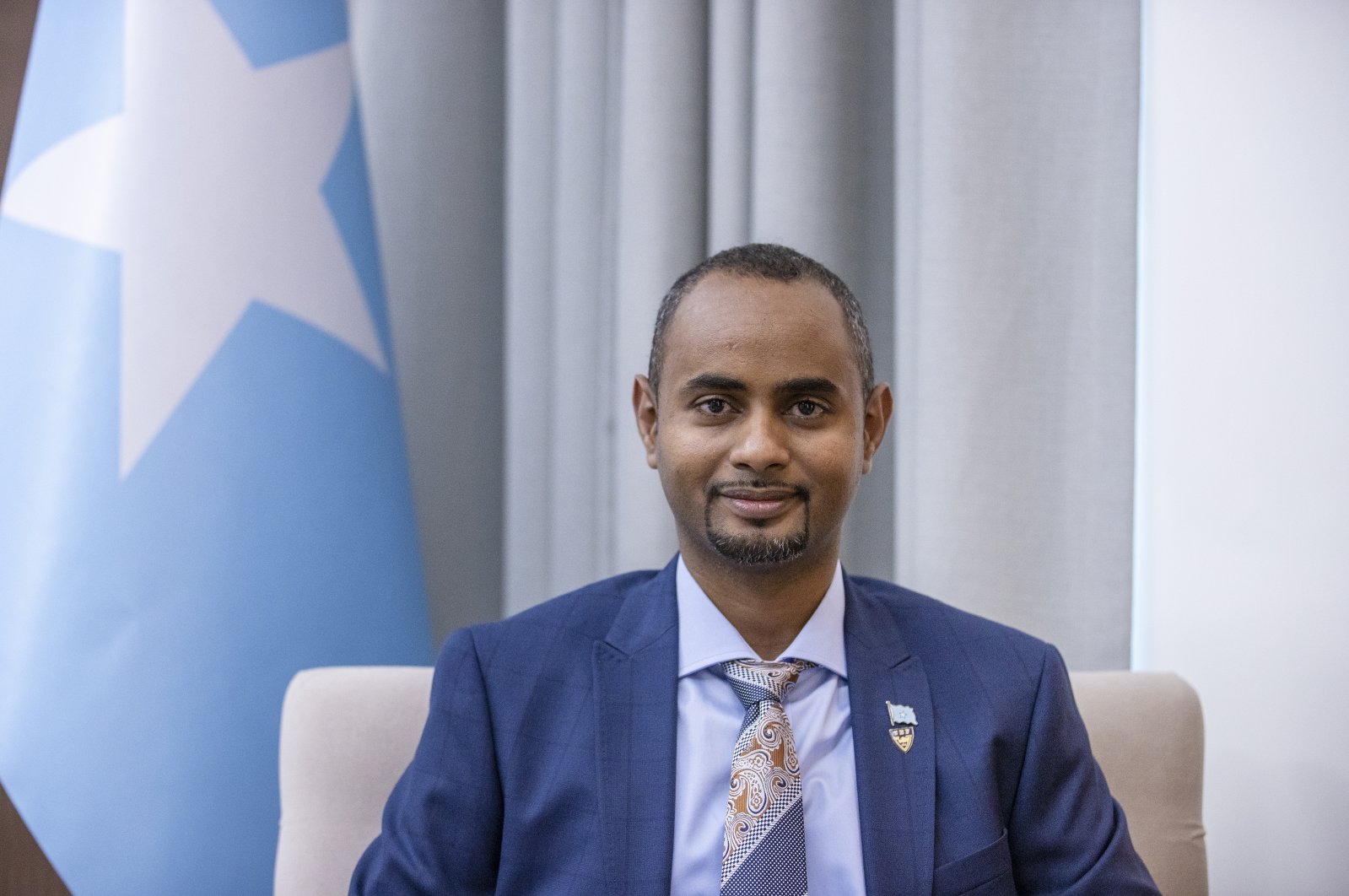 Somalia's justice minister, who is a graduate of a Turkish university, paid his first official visit abroad to his "second home," Turkey, on Sunday.

Having lived in Turkey for eight years and received an education there, Abdulkadir Mohamed Nur decided it would be the destination of his first official foreign visit after being appointed Somalia's justice minister, he told Anadolu Agency (AA).

"I have many friends and people that I love here in Turkey. Visiting Turkey means so much to me," Nur said.

Nur holds a bachelor's degree in international relations from Ankara University and also worked as a diplomat at the Somali embassy in Turkey.

Besides Somali and English, he is fluent in Turkish as well.

Speaking on his initial decision to come to Turkey years ago, Nur said: "First of all, I was curious about the education and university. We had taken courses on the history of Turkey because we are a Muslim country."

"With that curiosity, I decided to come to Turkey," he said.

"I came here in 2009. When I arrived, I decided to both study and work because I was curious about education. That's why I immediately enrolled in a Turkish course," he added.

After starting to receive Turkish classes, he enrolled in his university with a scholarship from Turkey's Presidency for Turks Abroad and Related Communities (YTB).

Nur said Turkey provided him with a unique experience regarding lifestyle and education, underlining that living in the country was a "completely different transition and journey" for him.

YTB oversees Türkiye Scholarships, a comprehensive grant program for international students from around the world. The program aims to enhance Turkey's relations with other countries in the fields of higher education and culture. The scholarship program was launched in 2012. Last year, the YTB received 146,600 applications, a record number, from 167 countries.

The two countries started to revitalize relations in 2011 with a visit by President Recep Tayyip Erdoğan, he said.

"The president became Somalia's hope when he arrived in Somalia as it was going through difficult times and was closed to the world," he noted. "After that, our relationship strengthened further."

Nur met with President Erdoğan during his visit to Turkey. "It was a really important and proud meeting for me," he said.

"The Turkish people and state are the hope of the Muslim world and always see it as a priority and have made sacrifices. They shared their wealth and everything with the world," he underlined.

Turkish-Somali relations have experienced great success over the years and as part of their strategy of cooperation, Turkey has trained nearly one-third of the Somali military forces.

The foundation was created in cooperation with the Ministry of National Education to provide educational services abroad and now runs schools that used to belong to FETÖ, the terrorist group behind the July 2016 coup attempt in Turkey.