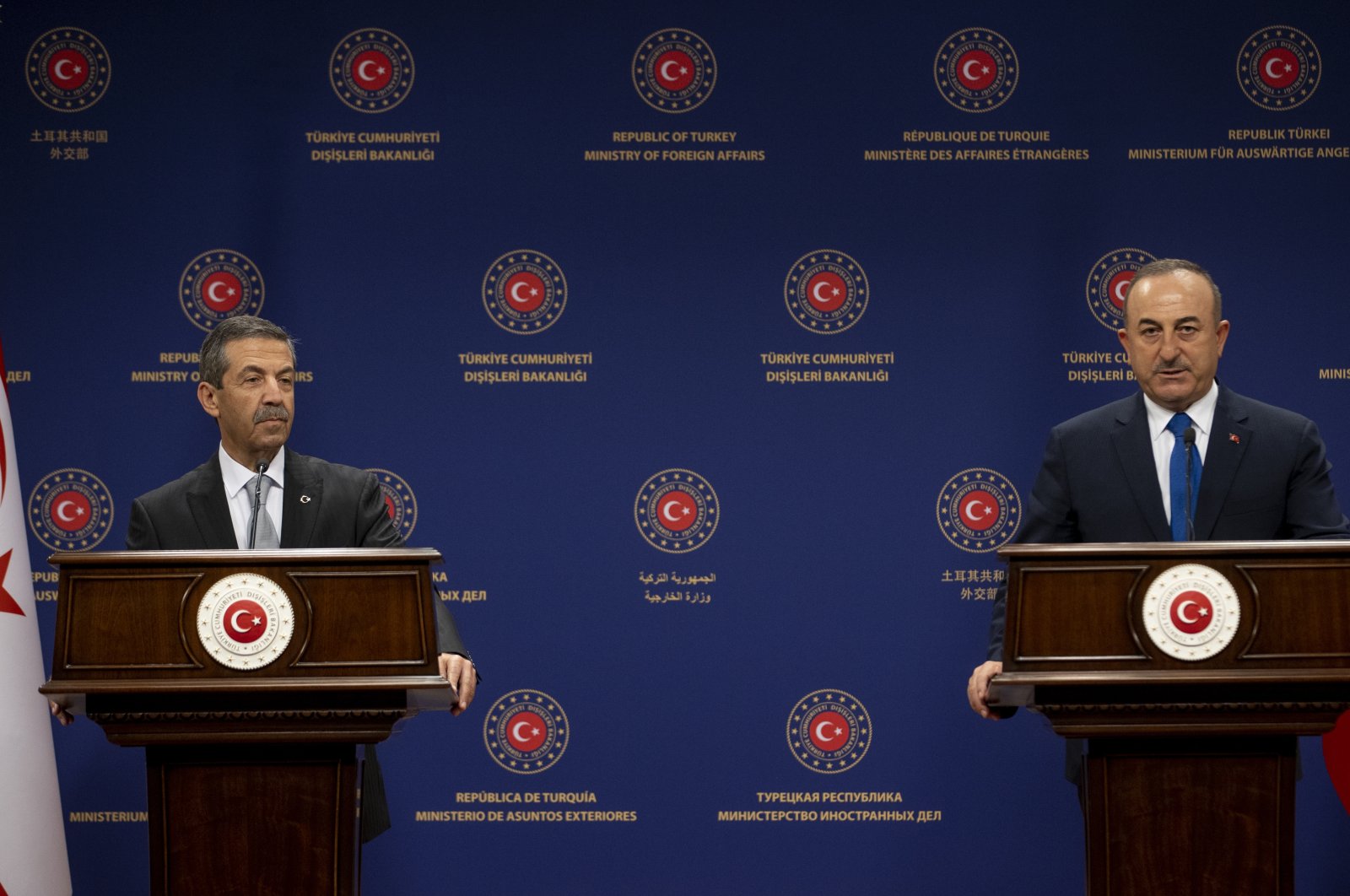 Sovereign equality must be negotiated and there must be a two-state solution on the island of Cyprus, Foreign Minister Mevlüt Çavuşoğlu said Monday in a joint news conference in the capital Ankara with the Turkish Republic of Northern Cyprus' (TRNC) top diplomat, Tahsin Ertuğruloğlu.

Çavuşoğlu stated the stance of Turkey and the TRNC was very clear on the issue. "We are making efforts to holistically explain our stance to all segments," he said, adding that the issue had come to the fore in all his recent visits, especially in Portugal, Madrid and EU countries.

Ertuğruloğlu also said that the process of intercommunal negotiations in Cyprus is over, and discussion on establishing a federation is out of the question.

Regarding the Eastern Mediterranean tensions with Greece, Çavuşoğlu invited Athens to a relaunching of exploratory talks this month.

Çavuşoğlu said Greece had previously indicated it could resume talks on Jan. 11, but that no move had been made. He added Athens had "no excuse" not to resume talks.

Exploratory talks refer to bilateral dialogue in which the parties adopt a critical but also constructive approach to each others' opinions. During the talks, the sides provide the necessary information to each other, propose recommendations to solve the problem, discuss these recommendations and then, hopefully, reach an agreement. This format of talks is usually used when there are multiple problems between the parties as the method is regarded as one of the best ways to enhance dialogue in a diplomatic way. In this respect, the problems are treated as a whole package, and when one problem is not solved, the others are considered to be unsolved as well.

The upcoming exploratory talks in Istanbul will be the 61st of their kind, as the two countries started to have exploratory talks on problems in the Eastern Mediterranean on March 12, 2002, with an aim to come up with a fair, sustainable and inclusive solution. These talks continued regularly up until 2016. However, since that date, both due to the political conjecture and the Greek side's reluctance, there have not been any new rounds. However, Germany's efforts to mediate between the two countries renewed the hope of restarting the talks. Progress, however, was interrupted when Greece signed a maritime deal with Egypt on Aug. 6, causing the talks to be put aside once again.

Turkey has demanded that the host of disagreements it has with Greece be handled as a whole. Those include territorial waters in the Eastern Mediterranean, the continental shelf, demilitarization of the islands, the legal status of geographical formations, the width of national air space, and search and rescue operations. Turkey also demands that the topics of the continental shelf and exclusive economic zones (EEZ) should be approached with equitable principles, unlike Greece's current expansionist approach. The country also rejects the one-sided steps by Greece in concert with the Greek Cypriot administration in the region, which, Turkey says, overlook the rights of the TRNC.